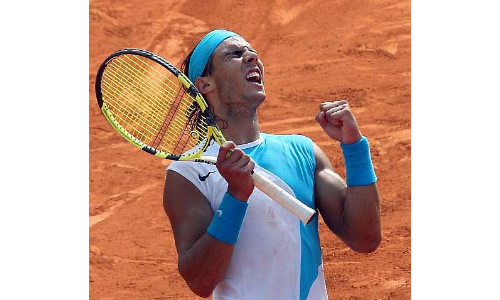 Setting a dream record, Spaniard Rafael Nadal clinched his 11th tittle at the French Open final of 2018, breaking down and crying post match.

"This is unbelievable, it's not even a dream. Nobody dreams of winning 11 titles," Nadal said, adding: "I'm very happy to have won, especially after I suffered with cramps in the third set. That happens in a match where you are pushed, like I was today."

A young 11-year-old Thiem had watched Nadal on TV win his first Roland Garros tournament in 2015. "For me to be here and play a final against Rafa is a dream. What Nadal has achieved here is an awesome thing in sport," Thiem said.

However, the world no 1 may soon face a bit of controversy as objections have been raised over his cramping time-outs. The Express (UK) reported that During the third set, Nadal had sought permission to call the physio for his wrist issues. However, in the press meet Nadal has claimed that it were cramps - for which the tournament bars players to receive treatment.

The sports authorities may seek an explanation from the Spaniard.