Lionel Messi struck twice as Barcelona beat Tottenham 4-2 in a thriller at Wembley in Champions League Group B. Barcelona and Inter Milan are joint top of their group on six points after the Italian side won 2-1 at PSV thanks to goals from Radja Nainggolan and Mauro Icardi. 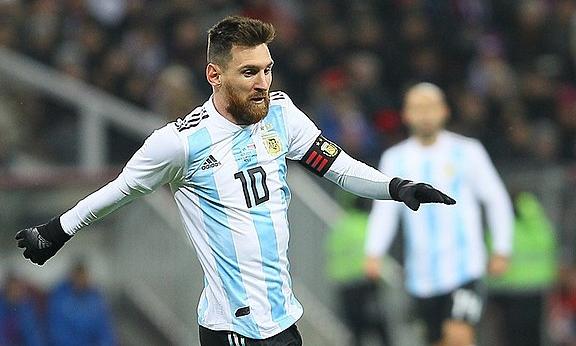 Lionel Messi struck twice as Barcelona beat Tottenham 4-2 in a thriller at Wembley in Champions League Group B on Wednesday, while Lorenzo Insigne netted a 90th-minute winner for Napoli as they beat Liverpool 1-0 in Group C.

Barcelona and Inter Milan are joint top of their group on six points after the Italian side won 2-1 at PSV thanks to goals from Radja Nainggolan and Mauro Icardi.

Napoli grabbed a deserved late winner after outplaying Juergen Kloppp's Liverpool to move top of the group, while Paris Saint-Germain thrashed Red Star Belgrade 6-1 in the other game.

Porto edged Galatasaray 1-0 in Group D thanks to Moussa Marega's header, which leaves them joint top on four points with Schalke 04, who left it late to beat Lokomotiv Moscow 1-0.

Barcelona struck after just two minutes at Wembley to set the tone for a brilliant game, in which Argentina playmaker Messi shone.

"These are the games you want to be involved in, that you dream of playing in. [Messi] was unbelievable. When he's in that form, he's magic to watch," said Spurs defender Kieran Trippier.

Messi's inch-perfect pass helped Jordi Alba break into the area and drew out goalkeeper Hugo Lloris at the same time, with the Barca defender cutting the ball back to Philippe Coutinho, who fired into an empty net from the edge of the box.

The Catalans, lining up in a 4-4-2 for the first time this season in a bid to end a run of three games without a win, impressed going forward, cutting through Tottenham's defence.

Rakitic doubled Barca's lead after 28 minutes with a sensational volley into the top corner, after Coutinho did well to keep the ball in play and kick it back to the edge of the area.

Marc-Andre ter Stegen made a fine save to keep Tottenham from pulling one back before the break, after Gerard Pique deflected the ball towards his own goal.

However, the German had to pick the ball out of his net after Harry Kane curled home lethally after beating Nelson Semedo with a clever turn in the 52nd minute.

Messi, who also hit the woodwork twice, extended Barcelona's lead at four minutes by playing a one-two with Alba and slotting past Lloris, and added a late fourth after Erik Lamela's deflected strike gave Spurs hope.

"He had bad luck with [hitting] the posts, we were hoping he scored, as he did twice. He's happy and that's what we want."

In Naples, Dries Mertens hit the bar as the hosts dominated Liverpool, while Alisson Becker made good saves from Fabian Ruiz, Arkadiusz Milik and Jose Callejon.

Naby Keita was taken off on a stretcher with an apparent back injury after 17 minutes on a disappointing night for the English side, which finished in the worst way possible as Insigne escaped Virgil Van Dijk and netted at the back post to break the deadlock.

"The defeat is deserved, so we don't have to make a big story of it. We had our moments, but we were too open," Klopp told BT Sport.

"The formation was not right, the job was nearly impossible for our three midfielders. With the ball we were too hectic."

The Brazilian forward curled in a free-kick and finished from close range to get the French side off to a strong start.

Edinson Cavani netted a deflected third before Angel Di Maria and Kylian Mbappe struck with Neymar completing his treble after 81 minutes, after Marko Marin scored a consolation for Red Star.

Griezmann impressed for Atletico against Brugges, who levelled through Arnaut Danjuma after the Frenchman broke the deadlock.

However, the forward put Diego Simeone's side back ahead after good work by Diego Costa and Griezmann set up Koke for a late third. Dortmund had to wait until the second half to find the net, but hit three through Jacob Bruun Larsen, Paco Alcacer - after he missed a penalty minutes earlier - and Marco Reus. Monaco have now gone 10 games without a win in the Champions League and are struggling in the Ligue 1 relegation zone in a disastrous start to the season.