Manish Pandey's excellent run brings him back in the mix

“Personally, I just think about batting. I'm looking at the middle order at the moment, trying to seal that position,” said Manish Pandey. 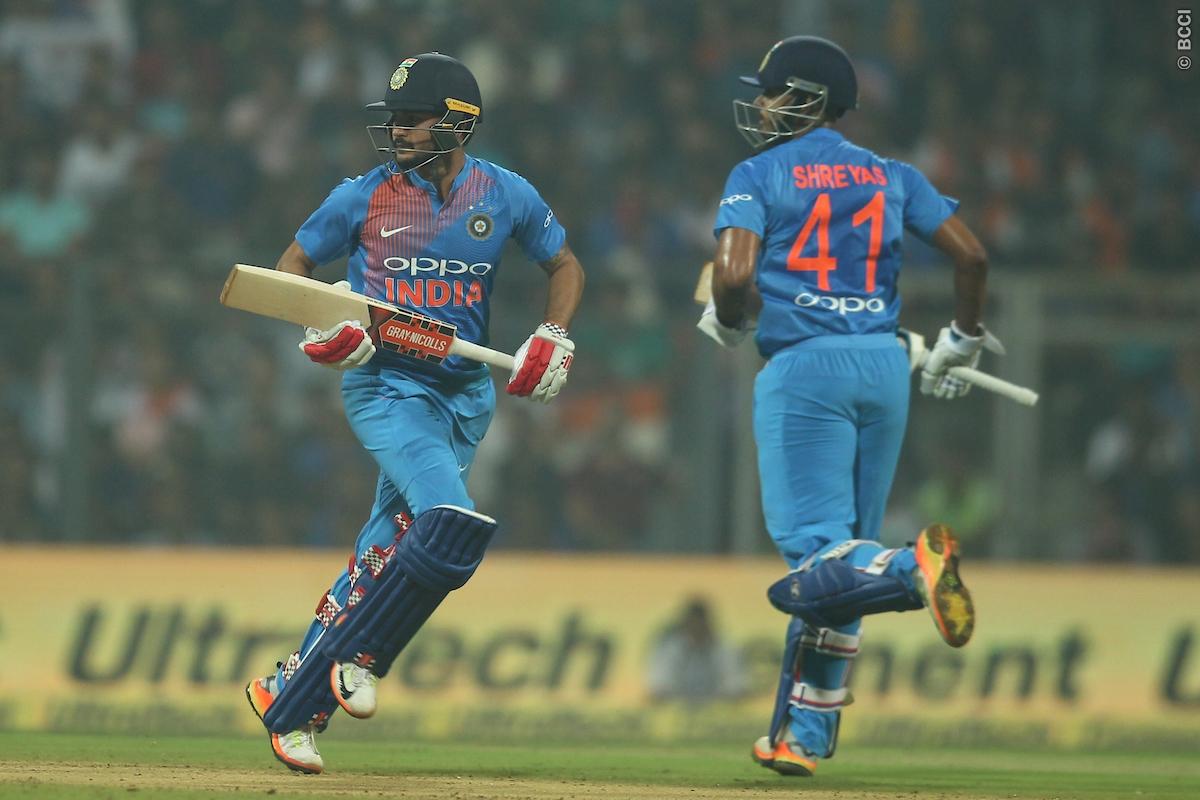 In May 2009, on a chill night in Centurion, a young 19-year old batsman from Karnataka made history as he became the first Indian batsman to score a hundred in the IPL. Manish Pandey was supposed to be the next big thing back then. But almost a decade later (nine years to be precise), he is still trying to find his feet and nail down a spot in the Indian team.

However, Pandey is making all the right noises around the Indian team. Despite not getting a decent run, the Karnataka batsman has been churning in performances for India A (and B). In the last four 'A' series' Pandey has been the top-scorer of the tournament on three occasions.

In fact, in his last 9 innings for India 'A' and 'B', he has remained unbeaten 8 times. And two of these four 'A' series have come in tough conditions – Australia and South Africa. In the Quadrangular series in Australia in September 2016, Pandey scored 359 runs which included a couple of brilliant hundreds. In the tri-series in South Africa in July-August 2017, he struck 307 runs and was out just once in the entire tournament. And now, in this Quadrangular series which involved India 'A', Australia 'A' and South Africa 'A' apart from his side India 'B', he scored 306 runs without being dismissed.

In this recently concluded series, there were a couple knocks that stood out. One was a 95 against South Africa 'A' and the other was 117 against Australia 'A'. The 95 came when India 'B' were 22/2 in their chase of 232. Pandey's batted beautifully as he drove his team home with a splendid 105-ball. He struck 9 fours and 1 six as he almost single-handedly won the game for his side.

Then came a fabulous 117 against Australia 'A'. Coming into bat at 64/2 and with wicket tumbling around him, Pandey played 109 balls and struck just 7 fours and 3 sixes. He built his innings with some hard running as he ran 56 singles in that innings and hardly faced consecutive dot balls. It was a near perfect One-Day innings as he took India 'B' to a good total. Usman Khawaja's match-winning ton overshadowed his knock but Pandey's knock was one of the best in this tournament. He followed these knocks with a brutal 54-ball 73 in the final when he demolished the Australian attack to help his side lift the trophy.

The Karnataka lad who will turn 29 in a few days couldn't have timed this performance better. India's next ODI assignment is the Asia Cup which will be held in the UAE and with India's wobbly middle-order, it gives Pandey a chance to make a comeback after he was overlooked for the England series.

"Personally, I just think about batting. I'm looking at the middle order at the moment, trying to seal that position," said Manish Pandey to ESPNCricinfo after his ton against Australia 'A'.

He might well have a golden opportunity. India has tried 11 players at the No. 4 position after the 2015 World Cup including Pandey himself and none of them have absolutely nailed that slot. There has been continuous chop and change and almost every series there is a new No. 4 in the ODI side.

Suresh Raina hasn't had the best of comebacks and failed to impress in England. Dinesh Karthik has looked out of sorts on this England trip. KL Rahul hasn't been able to live up to expectation. Kedar Jadhav is not in the best of forms and is struggling for fitness. Shreyas Iyer had a poor Quadrangular series.

However, there is a mystery around Manish Pandey and the Indian jersey. Yes, it's true that he hasn't got a long and consistent run but he has also been quite inconsistent. When Pandey scored that ton in Sydney against Australia chasing a huge score, it was believed that he was the answer to India's middle-order woes and he had finally arrived. However, since then, Pandey has played 14 innings and has gone past the 50-run mark just once.

But one thing that is in Pandey's favour is the constant chop and change in the batting order. He hasn't got a fixed slot for himself and has played at 4, 5 and 6 at different times.

With the Asia Cup coming up and Manish Pandey churning out runs against quality attacks at No. 4, he could well be a long-term option to India's No. 4 conundrum. In 17 ODI innings, Pandey has scored 432 runs at an average of 39.27 and a strike-rate of 93.10. These are decent numbers and it may just be a matter of giving him a long rope. He's batting well and it might not be a bad option to slot him back at No. 4. But for now, the race to be India's limited-overs No. 4 batsman is on and Pandey is back in the mix.

(The article was first published at https://cricxtasy.com)