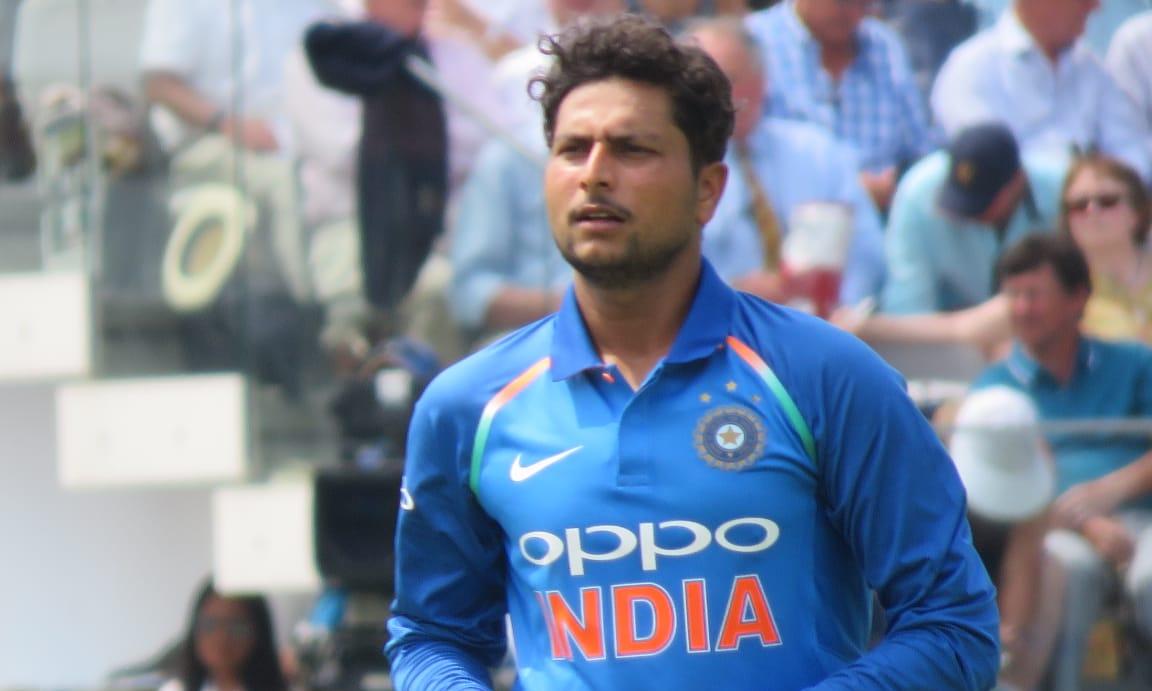 "Kuldeep Yadav can challenge Yasir Shah as world's best leg spinner," says one of the greatest bowlers in the history of cricket, Shane Warne.

THE ENGLISH SERIES AND RISE OF KULDEEP YADAV

The 23 year old performed exceptionally well on his first tour to England. He took nine wickets in the ODI series and five wickets in the T-20 series taking the title of 'man of the match' in the first T-20 international held at Manchester. He became the 'main man' for the Indian team on this tour.

Yadav gave a match winning and record making performance in the very first ODI by taking six wickets for only 25 runs in his quota of 10 overs at Trent Bridge.

Yadav created the following records in the first ODI:

- Best bowling figures by any left-arm spinner in ODIs

- Best bowling figures by any spinner in ODIs in England

Former England skipper Michael Vaughan praised the spinner for his bowling effort on his social media handle on twitter.

Kuldeep Yadav is causing absolutely chaos ....... The Indians are a little bit better than the Aussies ....... #ENGvIND

While playing his second ODI at the Mecca of cricket, Lords cricket ground, Yadav did not disappoint the spectators as he took a wicket on his second ball and finished by taking three wickets for 68 runs in his quota of 10 overs. Despite India losing the match, everyone from fans to commentators just had one name on their lips, Kuldeep Yadav.

Harsha Bhogle even said that Yadav is arguably the best spinner in the world right now and has the potential to be the best chinaman bowler of all time. Y

Born in the Unnao district of Uttar Pradesh,Yadav moved to Kanpur in search of better cricket training facilities. He joined a cricket academy in Kanpur with the hopes of becoming India's next Zaheer Khan. However, his coach Kapil Pandey saw that fast bowling was not working out for him and advised him to take up spin bowling.

Yadav was bought by Mumbai Indians in the 2012 edition of the IPL but never played a single game despite making headlines for beating Sachin Tendulkar in the nets. He was bought by Kolkata Knight Riders (KKR) in 2014 and is retained with KKR ever since.

He was India's highest wicket taker in the U-19 world cup and became the first player to take a hattrick in history of the tournament. He again proved his worth by taking 17 wickets in the 2016 Duleep trophy. Hi team went into the finals, a very big feat for a rookie. In 2017, he was handed the prestigious test cap by the legendary Indian spinner Anil Kumble for the home series against Australia. The Australians were surprised by his selection and Kuldeep ended with 4 wickets on his debut.

REVIVAL OF A FORGOTTEN BOWLING STYLE

Yadav has revived a forgotten bowling style (chinaman). Chinaman or left-arm unorthodox spin is a left arm style of spin bowling. In simple words, it is left arm leg spin where the bowl goes away from the left hander and comes into the right hander. "He has developed good variations while playing IPL, it has helped him become a world class bowler and Batsman are not able to read his googly."- says Raman Sachdeva, cricketer Delhi state team.

In a statement legendary Indian batsman Sunil Gavaskar said, " the fact is that he is a different kind of a bowler, you have to be patient with him, but he is the kind of bowler who can win you matches in the future. My honest advice to the indian selectors will be to keep to keep an eye on this young man". Yadav has certainly proved the legend right.