Is time running out for KL Rahul and Shikhar Dhawan?

It's been more than three and a half years since... 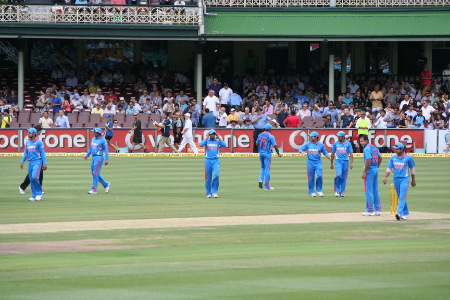 It's been more than three and a half years since any one of the Indian openers registered a fifty in one of the SENA countries (South Africa, England, New Zealand and Australia). The last time an Indian opener got a 50+ score, it was way back in the New Year's Test at Sydney in 2015 when Murali Vijay scored 80 (in the second innings) against Australia. It was the same Test in which KL Rahul scored his maiden Test ton. Since then, it's been a struggle for the openers outside the subcontinent.

Yes, India has just played six Tests in SENA countries since the Sydney Test match in January 2015. But in these six games, the openers have largely struggled. Be it the pair of Vijay and Shikhar Dhawan or Vijay and Rahul, the end result has more or less been the same. Let's take the last game at Trent Bridge (where Dhawan and Rahul put on 60 in both innings) out of the equation for a moment.

16, 30, 28, 11, 7, 17, 50, 19, 0 and 0 (last). These were the 10 opening partnerships this year in overseas Tests before the Trent Bridge Test match. Around, 178 runs at an average of 17.8 is not a stat any team would like to have form its openers. Vijay, Dhawan and Rahul have all struggled to cope with the conditions away from home and it reflects in their individual stats as well.

Now, let's focus on what lies ahead. Dhawan and Rahul were very good in the Trent Bridge Test. They gave India good starts and blunted out the new ball. They left well, defended well, rotated strike beautifully and pounced on anything loose. They put on 60 in each innings and set the tone for the rest of the batsmen. In the end, their contributions were a vital part of India's win at Trent Bridge.

However, they were guilty of throwing away starts. Rahul (23 and 36) was out to deliveries that nipped back in both the innings and Dhawan (35 and 44) edged one in the first innings and then was out stumped in the second.

Dhawan has been constantly in and out of the Test team. He starts an overseas Test series and gets dropped mid-way through. It happened four years ago in England and Australia and it happened again in South Africa earlier this year. Again after the first Test in this England series, he was dropped only to be brought back in the third Test.

However, he is the highest run-getter among the three openers. He has scored 150 runs in 6 innings while Vijay and Rahul have got 128 and 124 runs respectively but have played 4 more innings than Dhawan. However, it's the manner in which Dhawan gets out. He often has the tendency of flashing outside the off-stump. Also, his weakness against the moving ball is well exposed.

His dismissals have been disappointing especially in this series. In the first Test, he tried expansive drives against the moving ball in both innings and was out caught in the cordon. He got a good nut in the first innings of the third Test and got carried away against Adil Rashid in the second innings to be stumped.

He averages 28.07 in the 13 matches he has played in the SENA countries. He has just one hundred in these 13 games (in New Zealand) and his ability outside Asia has always been under the scanner.

However, the bright spot is that Dhawan has registered double digits in all four innings he's played in this Test series. Also, he made some good adjustments in the last Test at Trent Bridge. He played late, left the ball more often, didn't go flashing too often outside the off-stump, played with softer hands and more importantly looked solid. He is one player who can take the game away and can have a demoralizing effect on the opposition in one session. Hence, Dhawan can take a lot of positives into the next game and build on this as these couple of games are going to be critical.

Rahul burst onto the scene as a Test specialist before he proved himself and showed that he is not a one-dimensional player and can excel in all three formats. However, it seems like he is in a bid to improve his white-ball game and cement his spot in the limited-overs side, and hence he is stuck in the middle. He was looked upon as Dhawan's replacement on overseas tours since he had a better technique and he had a consistent run of scores as well. However, he seems to be a touch lost at the moment.

Just one score of over 30 and no score over 50 over a period of 10 innings highlights the struggle Rahul has gone through this year in Test cricket. He's often been troubled against the ball coming back in and has been dismissed 4 times with the ball nipping back in during this series against England. He also seems to be caught in two minds and that might be leading to his downfall. But like Dhawan, Rahul also showed some grit and fight in the last Test.

The signs are good and both Rahul and Dhawan need substantial scores in the next two games. With Vijay dropped, the selectors have made it loud and clear that everyone needs to stand up and deliver.

Now with Vijay not there in the next two games, the Dhawan-Rahul opening combination will mostly continue for the rest of the series. However, there are players breathing heavily down their neck. Prithvi Shaw has been picked for the last two Tests and has been scoring consistently in domestic cricket. Mayank Agarwal has scored heavily in the domestic arena too and is eagerly waiting for his opportunity and it is only a matter of time before he is drafted in. The likes of Hamuna Vihari and Karun Nair are also waiting for their chance and given the versatility of the game today, you never know who might turn into an opener and grab an opportunity if it arises.

Hence, while Dhawan and Rahul did well in the last game, they need to build on this and get decent scores. If not, they might be shown the door, just like Vijay.

(The article was first published on www.cricxtacy.com)