India wasted an opportunity to take a decent lead and call the shots in this Test match. 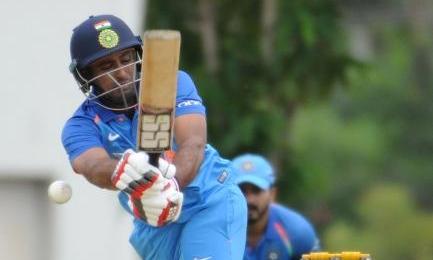 It's been an age-old problem for the Indian team now, especially overseas. They've often found themselves in good positions and they somehow manage to squander the advantage. In this game, they looked good to take a decent lead when they were 140-odd for 2 in pursuit of England's first innings score of 246. But some good bowling and some harakiri saw them allowing the advantage to slip.

The openers gave India a decent start as KL Rahul and Shikhar Dhawan put on 39 in about 7 overs. Both of them were looking good before Rahul fell to his new-found nemesis, the in-dipper. It was a good delivery from Stuart Broad and Rahul tried to play across the line and wasn't fully forward when the ball hit him on the knee-roll. Rahul was once again guilty of wasting a start. The opener was out for 19 and India 37/1.

Next to go was Shikhar Dhawan. Broad set him up really well as he kept bowling away-swingers after away-swingers and Dhawan kept leaving them. The left-handed opener seemed patient but with Broad continuously testing him by taking it away, the Indian was getting a touch restless as India played out almost 4 consecutive maiden overs. Broad finally had Dhawan playing at one when he bowled another away-swinger but this time much closer, which drew Dhawan into the shot. Dhawan could've left that alone but it was not to be as he fell for the umpteenth time edging away from his body. Like Rahul, even he was guilty of wasting a decent start. Dhawan out for 23 and India 50/2.

Cheteshwar Pujara and Virat Kohli then shared a solid 92-run stand and India were looking really good at one stage. But Kohli's wicket started the slide. Kohli had batted well and had got off to another very good start. But once he went past 30, he seemed a touch iffy. Broad beat him twice in a row, an edge didn't go to hand, he was beaten by Moeen Ali and then he fell to Sam Curran. It was a poor stroke from the Indian skipper. He saw off good spells from Broad and Anderson and then tried to play away from the body. He edged it to Alastair Cook at first slip who finally held onto a catch. Kohli out for 46 and India 142/3.

Ajinkya Rahane walked in and looked decent before the introduction of Ben Stokes. England's premier all-rounder has troubled the Indian vice-captain throughout the series and it was nothing different in this innings. Rahane survived when Joe Root dropped a tough chance in the cordon. But that didn't matter as Stokes bowled a big booming inswinger to trap Rahane LBW. However, India's No. 5 can consider himself unlucky as the no-ball call was touch and go and Stokes got the benefit of the doubt. Rahane out for 11 and India 161/4.

Rishabh Pant's stay at the crease was a painstaking one. He played 29 balls before he was out LBW in the last over before tea. He kept leaving balls, kept getting beaten on the outside edge and it seemed like he was playing for the break and in the process, he was dismissed. Pant tried to go away from his natural game and went into his shell before Ali came and pinned him in front, beating his umpteenth defensive attempt. It was the longest Test duck for an Indian batsman. Pant out for 0 and India 181/5.

Hardik Pandya didn't last long either. Moeen Ali had set the field perfectly with a short mid-wicket and Pandya took the bait. After slog-sweeping Ali for a boundary, the Baroda all-rounder tried to flick one and was out caught at short mid-wicket. Pandya was deceived in the air and despite not reaching the pitch of the ball, Pandya went through with the shot. Suddenly India were 6 down. Pandya out for 4 and India 189/5.

Ravichandran Ashwin's dismissal was one of the most disappointing ones. With India struggling and Pujara battling hard at the other end, the Indian off-spinner attempted a fancy reverse-sweep. Ali tossed one up outside off and with the runs not flowing freely, Ashwin thought there was a scoring opportunity with no one behind square on the off-side and tried a reverse-sweep. But the ball took the bottom edge and rolled back onto the stumps. It was a poor stroke, especially given the situation. Ashwin out for one and India 195/7.

Mohammed Shami walked in and walked out. He was out for a first ball duck as Moeen Ali went past him to hit the stumps. Shami played one inside the line and heard the death rattle. It was a good ball and Shami didn't cover the line and also he didn't pick the length. Shami out for 0 and India 195/8.

Ishant Sharma batted really well and supported Pujara beautifully. He made 14 before he became Moeen Ali's fifth victim. The England off-spinner tossed it up and Ishant lunged forward to defend. The ball pitched around the rough and spun. Ishant got a feather and Cook took the catch on the second attempt. It broke the 32-run stand. Ishant out for 14 and India 227/9.

Jasprit Bumrah fought valiantly as he played 24 deliveries for his 6. He supported Pujara beautifully and put on 46 for the last wicket which helped India take a lead of 27. Broad finally got Bumrah and ended his resistance with a beauty. The ball nipped back in and hit the shoulder of the bat and the ball lobbed up to first slip where Cook completed a simple catch. India 273 all out.

From 195/8, Cheteshwar Pujara's heroics dragged India to 273 and saved the day. It could've been a lot worse and the visitors might've been behind if it had not been for those dodgy and stubborn last two wicket stands. However, it doesn't mask the collapse they had in the middle. Bumrah and Ishant combined managed to score more than Rahane, Pant, Pandya, Ashwin and Shami and that says it all.

India wasted an opportunity to take a decent lead and call the shots in this Test match.