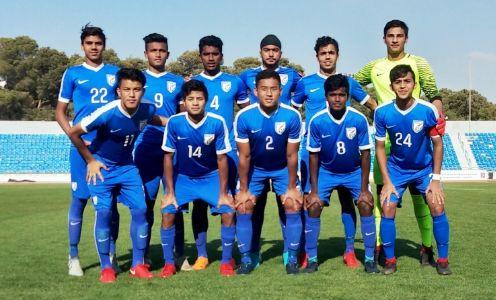 The Indian football has been on rise lately. The Under 20 Indian football team stunned Argentina and beat them 2-1 in the COTIF tournament recently in Spain. This was a huge feat as India beat the former six time champions.

Indian players Deepak Tangri and Anwar Ali were the star players of the Indian team.

"This victory will definitely earn earn Indian football more respect in the world of football. It opens up a window of opportunity to test ourselves against the best in the world on a regular basis", said Floyd Pinto, India U-20 team head coach.

Indian fans were proud and expressed it through their social media handles.

Stunning to watch U20 highlights between Ind vs Arg. #IndianFootball future looks promising

India beat Argentina in football... Yes u heard it right...😃

It was a big boost for the Indian team as they lost to Murica by 0-2 and 0-3 to Mauritania earlier.

The U-20 Indian team also played quite well against FIFA U-20 world cup runners up Venezuela. The match was a draw.

"I am very pleasantly surprised that India played like this. India played very well and were very organised. They maintained their team shape very well and if India continues to play like this, they have a bright future ahead", Said Marcos Mathias, Venezuela head coach.

On the other hand, the U-16 team made the nation proud in the five nation WAFF U-16 championship which was held in Amman, Jordan.

It thrashed Yemen 3-0 in their last match and ended the tournament on a high.

India's head coach Bibiano Fernandes after the match said, "We are extremely proud of them. They came up with a superlative performance today and executed it to perfection. The tournament has helped us gauge where we stand and we go back much richer in experience".

India made headlines when they defeated current U-16 Asian Champions Iraq.

India defeated Iraq 1-0 by scoring the goal at the 93rd minute.

"It was special scoring a goal against at the 93rd minute. We have now learnt how to come back and win games, especially after a defeat. We have been continuously believing in ourselves", Bibiano told AIFF.

The tournament was part of an exposure tour organised by AIFF for preparation of the upcoming AFC U-16 championship in Malaysia where top 16 Asian teams compete. The teams will be will put together into groups of four. India, Iran, Vietnam and Indonesia are in group C. The four semi-finalists will get a direct opportunity to compete in the FIFA U-17 world cup in 2019.

Indian football has been on a roll lately. Defeating teams like Argentina, Iran and Yemen is the evidence of that.

"This shows how much of change just 3 years of efforts have brought to Indian football. Imagine how much Indian football will grow if this is a continuous process", says Shashank Tiwari, national level footballer

India is ranked 97 in the FIFA rankings right now. This is the best ranking achieved since 1996 (previous best 94).

India also organised the FIFA U-17 world cup for the first time ever in 2017. The tournament was won by England.

Chhetri has always been an asset to Indian football. The Indian football captain is a legend and the 3rd active player to win most international goals after Lionel Messi and Cristiano Ronaldo.

The future of the sport looks great with promising players like Dheeraj, Anwar Ali and Deepak Tangra.