Kandahar Knights, one of the five franchises taking part in the upcoming Afghanistan Premier League in the UAE, has appointed experienced domestic veteran Abdul Wali Amin as their Assistant Head Coach. 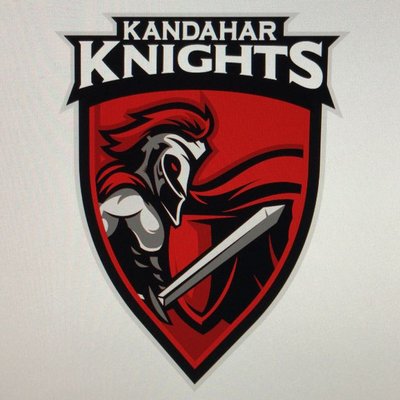 Kandahar Knights, one of the five franchises taking part in the upcoming Afghanistan Premier League (APL) in the UAE, has appointed experienced domestic veteran Abdul Wali Amin as their Assistant Head Coach.

"It is a happy moment. I am from Kandahar Province as well. Firstly, it feels great to be associated with the APL and then if you get to be a part of your home team itself, you can't ask for anything more. Even if I wouldn't have been a part of this team, I would have followed and supported them. I have coached this Kandahar province for a long time in domestic cricket. Now it feels great to be a part of it in the APL too," said Amin in an exclusive interview with CricXtasy.

Amin has a good reputation as a coach in Afghanistan's domestic circuit. He didn't get to represent Afghanistan in that many international matches as a player but he was the first to qualify as a Level 3 coach in the country.

It was under his tutelage that the Afghanistan U19 team defeated teams like Australia and England in the 2014 edition of the U19 world Cup and finished at 7th position in the tournament. Moreover, he coached the U19 colts during the 2012 edition of the tournament as well.

Kandahar's chief consultant Prakash Palande is very elated with Amin's signing. He trusts Amin's abilities fully and is looking forward to working with him, head coach Kabir Ali and other support staff, "At the end of the day it's experience that matters, right?! Kabir is a very very experienced guy and as far as Abdul's credentials are concerned, he has experience too. Both are going to get along quite well. Both are thorough professionals and I look forward to working with them."

Amin was also very excited to get the opportunity of working with Ali. He is all set to put his best foot forward along with Ali to take Kandahar all the way, "I am happy to get the opportunity to work with such a wonderful person. We will try our best to devise plans and strategies to prepare our team as well as we can, so that they can put on a spirited performance on the field everytime and hopefully win as well. So, I am looking forward to working with him and the whole team with our sights all set on the Trophy."

He also believes that it is a very good opportunity for the Afghan youngsters to learn from experienced international players like Brendon McCullum, Wahab Riaz and others. It will help them gain valuable insights into the game.

"Irrespective of whether you are a coach or a player you can always learn from each other. You can learn  from the situations of others. You can take their inputs. This team is blessed to have experienced players like McCullum, Riaz and others. And it is not short of local talent too having the likes of Afghanistan Internationals like Zadran, Stanikzai, Janet and a lot of other talented youngsters. So the young players have a very good opportunity to learn from all these experienced players and take their game to another level," said Amin.