Ishant Sharma has been a workhorse for India for a long time now. He got his first Test cap a decade ago and that seems like it was ages ago. 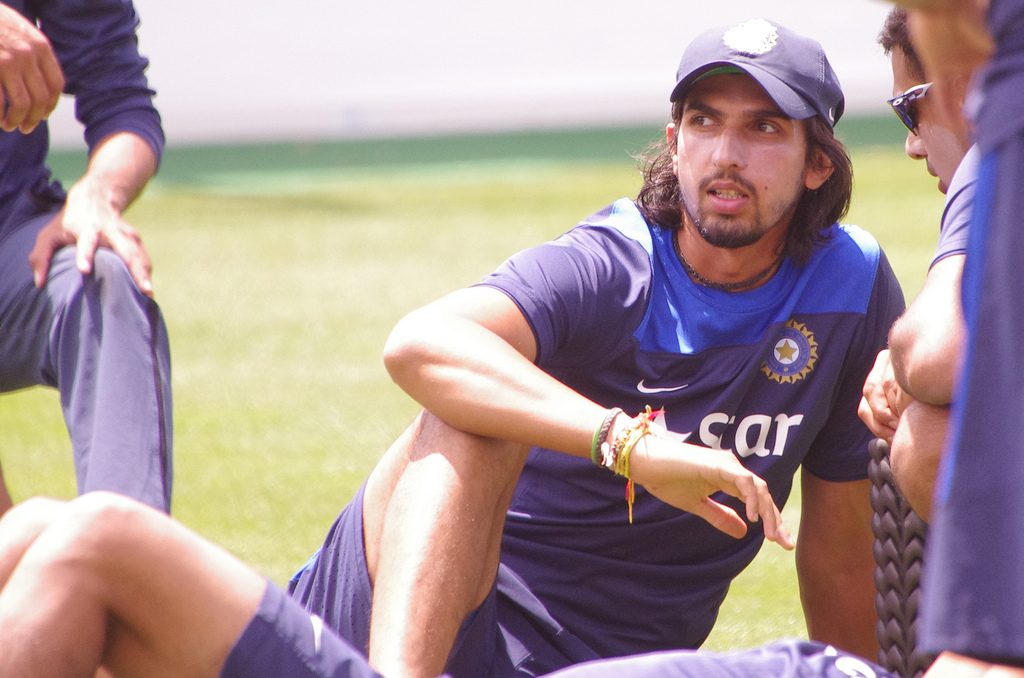 Ishant Sharma has been a workhorse for India for a long time now. He got his first Test cap a decade ago and that seems like it was ages ago.

He was long seen as a defensive bowler who could hold one end up and hit the deck hard. However, in the last couple of years, he has looked to change that perception. He has improved considerably and in fact, since 2014, he has taken 101 wickets (22 at home and 79 away) at an average of 29.48 after a sluggish first six years in international cricket (where he picked up 149 wickets at 38.81).

In the fourth Test against England, he completed 250 Test wickets when he got the wicket of Joe Root. He became the third Indian seamer to reach the landmark. However, he is the second slowest in the world to reach the 250-wicket landmark as only Jacques Kallis has taken more Tests than him to reach 250 Test wicket.

But it is a special landmark for the 85-Test veteran and here we look at some of his best dismissals.

Ishant Sharma's spell to Ricky Ponting in the famous 2008 Perth Test was one of the finest in the history of Indian cricket. Ishant Sharma will not forget that for a long long time. That spell was one which helped him burst onto the international arena.

Ishant had taken a fifer in his second Test against Pakistan in 2007 and flew to Australia later that year. He went wicketless in the Sydney Test but produced an outstanding performance in the third Test at Perth. He dismissed Ponting (edge to Rahul Dravid at third slip) and Michael Clarke (nicked to MS Dhoni) in the first innings before bowling that fabulous spell to the then Aussie skipper in the second essay.

He bowled tirelessly beating Ponting on the outside and inside and bowled a long spell. Skipper Anil Kumble just checked if Ishant wanted to continue despite bowling a long spell and the latter nodded and finally got his man after troubling him throughout the innings. He pitched it up on a good length and got it to move away just a touch and got the edge which was pouched by Dravid at first slip. Ponting seemed to be all at sea against the then 20-year old Delhi pacer.

Ishant went onto trouble Ponting even in the future as overall, he dismissed the Aussie great 7 times throughout his Test career. In 2008 itself, Ishant got Ponting 5 times (twice in Australia and thrice in India).

India and Sri Lanka were level before this Test match and the decider was at the SSC in Colombo on a greenish track. Cheteshwar Pujara's ton propelled India to 312 before Ishant Sharma wreaked havoc.

Ishant Sharma took 5/54 and rattled the hosts which gave India a vital first innings lead. The tall, lanky pacer had taken an early wicket as he had Upul Tharanga edging to second slip. But he produced a jaffa to Angelo Mathews and dismissed the Sri Lankan skipper to leave the opposition in tatters.

Ishant went wide of the crease and got one to move away and squared up Mathews who could just edge it to the keeper. He produced a couple more beauties in the innings and finished with his second fifer in the subcontinent. He ended the game with 8 wickets as he took 3 more in the second which helped India win the game and the series.

This wicket was another one which was a part of a fabulous spell. This spell is very special, not only for Ishant Sharma but Indian cricket as well. It was one of those rare occasions where an Indian fast bowler was bouncing other teams out.

England were set a target of 319 in the fourth innings. Ishant Sharma's two-wicket burst had left England in trouble at 72/4 as he dismissed Alastair Cook and Ian Bell on the fourth evening. However, Joe Root and Moeen Ali shared a 101-run partnership for the fifth wicket.

But in the last over before lunch on day five, Ishant Sharma bowled a terrific over where he troubled Ali with a barrage of bouncers. And on the last delivery, he produced a perfect short delivery which hit Ali on the gloves and popped up to forward short leg.

That wicket gave India an opening and Ishant ran through the England lower-order to give India a famous win.

Ishant Sharma has made Alastair Cook his bunny over the last few years. He has dismissed the most successful England opener 11 times in Test cricket. And this year he has dismissed Cook three times already.

At Lord's, India were rolled over for 107 and were behind the eight-ball. Mohammed Shami gave India the first breakthrough and in the very next over, Ishant struck as he got his bunny, Cook. Ishant who was in terrific form (he had taken a fifer in the previous Test at Edgbaston) produced a beauty to draw the edge.

He bowled one in the perfect channel, got it to move away and there was very little Cook do could about that delivery as he nicked it to the keeper. It was the 9th time Cook fell to Ishant.

In the next Test, Cook got out to Ishant a couple more times as the count reached 11.

This was a historic Test match. It was Afghanistan's first Test in the history of the game. It was indeed an emotional moment for the Afghans as within a decade of gaining international T20 status they were playing Test cricket.

India scored 474 batting first. Ishant Sharma was fresh off a County stint and had worked hard with Jason Gillespie on his lengths. And the Ishant Sharma that took the field against Afghanistan was a changed one. He started to bowl a lot more fuller, making the batsman drive and play off the front foot as much as possible. The ball he bowled to Javed Ahmadi was a peach.

He pitched it on a good length which came back in and cut the batsman in half and it went through the gate to hit the middle stump. That was a sign that Ishant Sharma is a changed bowler and he was ready to lead the Indian attack once again.