A superhero is a stock character possessing powers that ordinary men don’t who is dedicated to fighting the evil of his/her universe and protecting the public. 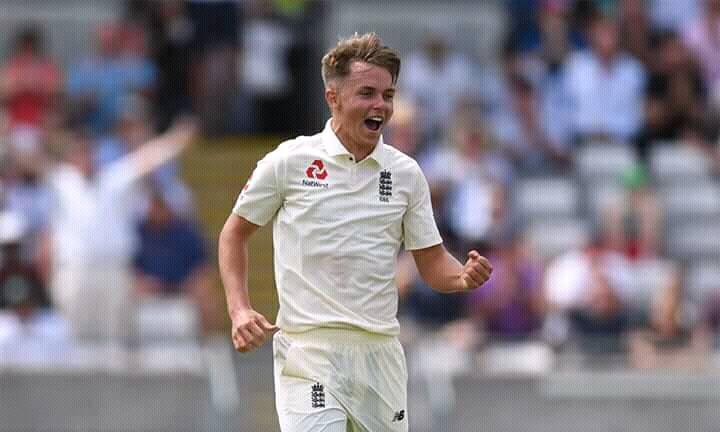 Sam Curran has been a template of a superhero in the SpecSavers Series 2018. A high-on-confidence India was ripping through the English batting order on a sunny morning in Southampton. The hosts were left reeling on 86/6 troubled by fine spells of seam bowling from the Indian quadruple – Bumrah, Ishant, Shami and Pandya.

But worry not, for the second time in the tour much to the frustration of the Indians, Sam Curran took the rearguard and took the English total from a dismal 86 to a workable 246. The superhero had come to the rescue. Curran cracked his way to an effortless 78 when the top order could merely toil at the crease in the morning of the Fourth Test.

If the move to drop the Surrey all-rounder seemed baffling after he bagged the Man of the Match in the first test, it looked even more horrific after his exploits yesterday.

When India were comfortably marching on at 50/0 in the first Test match, Curran who was shadowing while all the talk surrounded the more experienced pair of Anderson and Broad, rekindled India's Achilles heel – left arm swing. He brought down India's top 3 in a matter of overs leaving India gasping for air.

Come to England's second innings in the same test - The hosts were out of depth at 87 for 7. The superhero heard the call and scored an adventurous 63 (65). A 20-year old batting with the tail sparked life to a test match that was going out of England's reach. In the end, Curran's fearlessness proved to be the difference between the two sides as India lost by 31 runs.

Curran bats at No.8 but mind you, there is no mindless slogging. He drives with a straight bat. He opens up his shoulders when Shami goes too full. He bats with the tail and strikes the perfect balance between attack and defense. Both his innings have changed the course of the game. Both his innings have come at a time when his side were down and out. Only Bairstow has scored more runs than Curran for England in the series and he's had two more innings.

As a bowler, Curran is skiddy which might strike as less effective in English conditions. But he has reaped results. Curran was probably learning how to hold a cricket ball when James Anderson made his debut yet here he was matching the veteran wicket-for-wicket. Curran's inswingers have rocked India's right-handed heavy top order. He has been the perfect third wheel to Anderson and Broad and has even outbowled them at times.

But one test after his MoM performace, Sam Curran had to make way for star all-rounder Ben Stokes after Stokes was released to play following a court drama. And there was no way Root was dropping the centurion from the last game, Chris Woakes. Hence, Curran had to bear the brunt of the performances that had England go 2-0 up in the series. However, a few niggles in the English camp brought Sam Curran to the fore once again and the all-rounder from Surrey showed that in a team that is axing players in the XI to accommodate more, he is here to stay.

Sam Curran has injected boldness into the side, a trait missing in England's top order. His over-my-dead-body attitude has left admirers wanting more. The 20 year old possesses the skills like many others but his character is what separates him. There is grit with temperament, high-pedigree shot selection as a batsman with abundant hunger as a bowler. The making of a Test all-rounder have been hinted. All that is left is for him vindicate his consistency.

Now that Sam Curran has made an impactful comeback into the side, it would be criminal to even let him bat as low as No. 8 in the side, let alone dropping him. He has given Joe Root a happy headache.