Cricket has become a popular sport in Chicago. Around 900 people play the game in the windy city. 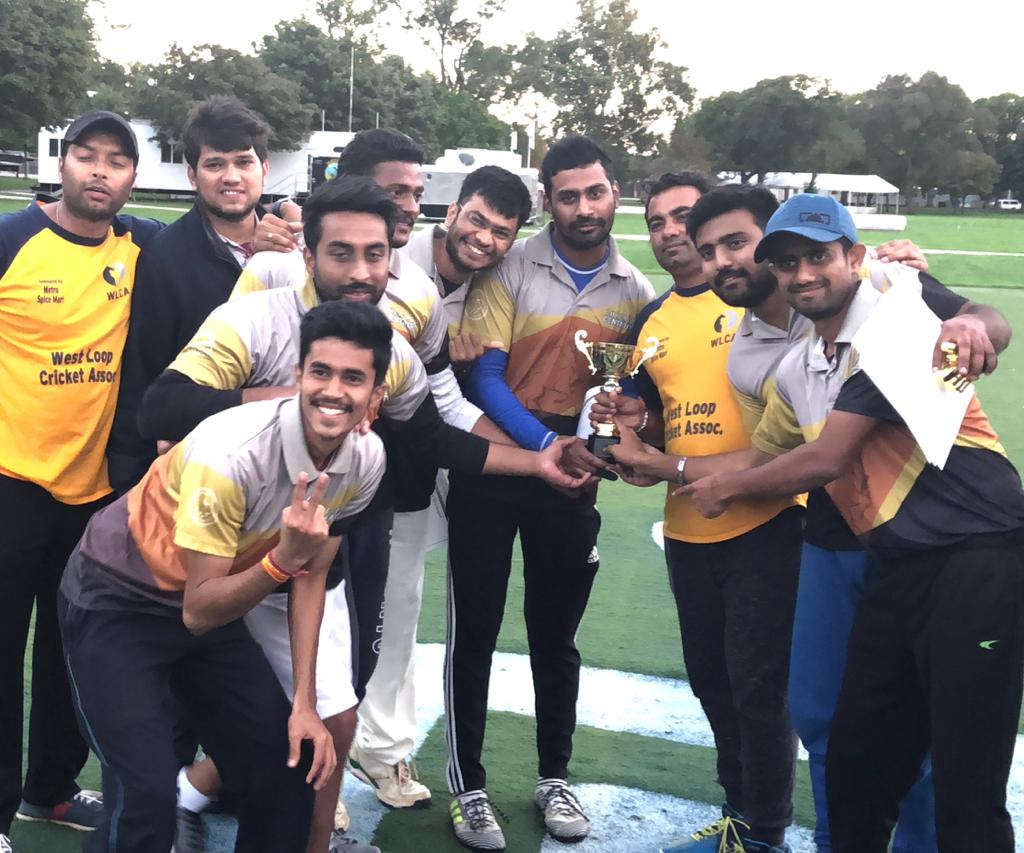 In the United States, baseball, basketball and soccer are obviously more popular. However, cricket has a strong presence due to the passion and love of Indians for the game. The Indian community in USA avidly plays and promotes cricket. They book baseball and soccer grounds to practice and conduct tournament matches. The players are from all backgrounds - students, businessmen, lawyers, IT professionals, doctors etc. They all take out time out of their busy schedules and come together to rejoice the gentleman's game in the windy city.

As cricket has a strong presence in Chicago, many friendly yet competitive tournaments are conducted by cricket fanatics to keep the game alive.

Chicagotwenty20 is the oldest cricket tournament that is conducted in Chicago. It's first season took place in 2009. The league is played in 20 overs format. Around 56 teams participate from Chicago and are divided into groups of 4 with 14 teams in each group. Each team has a squad of 16 players with 11 playing and rest 5 as extras. Each team has a home ground. Seven matches are played at home ground and the rest at the opponent's ground. The top eight teams from each group qualify for the quarter finals. The tournament is almost four months long. The best player of the winning team is awarded the man of the match in every match. The awards for Best Batsman, Best bowler, MVP (most valuable player) are given at the end of the season.

WLCA (West Loop Cricket Association, Chicago) was formed by four IT professionals in 2016 with the sole objective of promoting the game of cricket in Chicago City area. Based out of vibrant and affluent Chicago West Loop, WLCA is an assemblage of 300+ cricket players. These cricket enthusiasts come from different walks of life being corporate professionals, UIC/IIT students and local businessmen. There are hundreds of followers across Facebook, Instagram and Twitter.

WLCA is mainly involved in:

The WLCA hosted Super 8 Cricket tournament in 2017. It is played under the format of 8 overs and 8 players in each team. This concept of tournament was the first to be launched by WLCA in Chicago. This is the shortest time-consuming format (2 days) and played at the heart of Chicago Downtown. The first season was extremely successful and participating teams said that this is the best organized cricket tournament amongst many happening in Chicago.

"Well I love the sport and love my country. We get to relive our childhood and impart love for the game to the next generation. The community comes together and enjoy, and we also return to the society through charity", says Hari Mohan, organizer, WLCA super 8 tournament.

Man of the series: Dhanush Gowda

Cricket has become a popular sport in Chicago. Around 900 people play the game in the windy city.

"My favourite sport and always loved to watch and play the game anywhere in the world anytime. Always loved to organize these kinds of tournament from childhood so continuing the same thing outside the country", says Harshavardhna Hedge, organizer, WLCA super 8 tournament