Kavita Devi is the first woman wrestler to compete in a WWE ring. 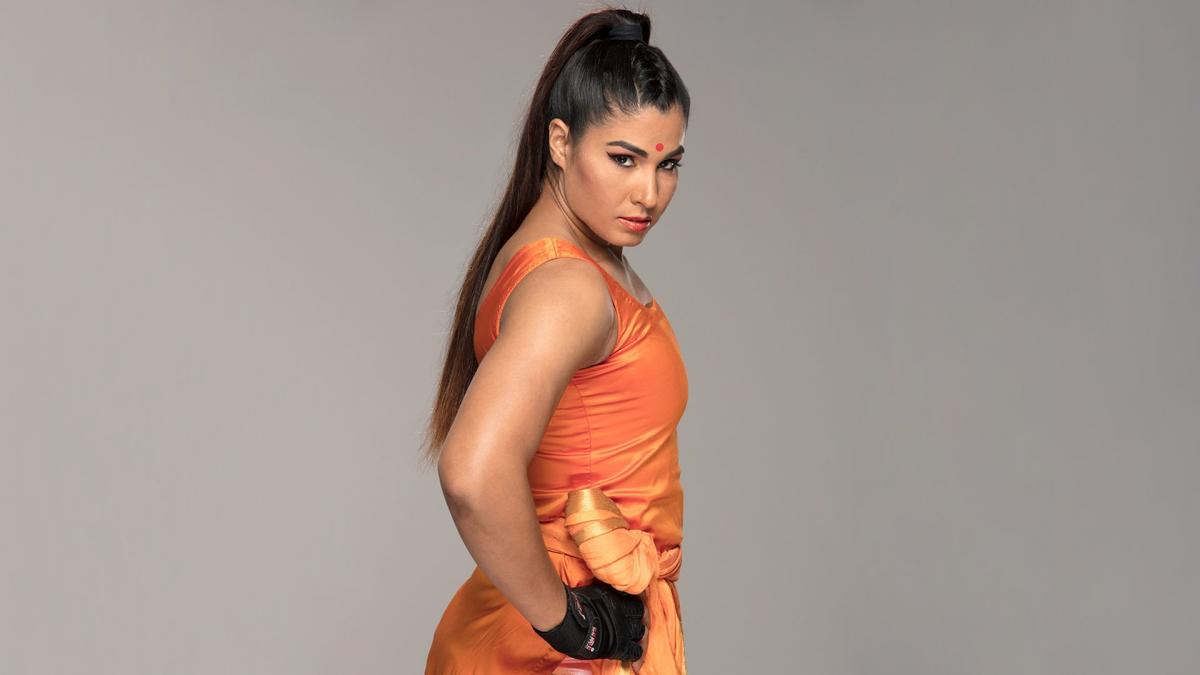 "I prefer to fight men in the ring", Kavita Devi told the Hindu in an interview.

The 35 year old hails from Jind district in Haryana. She faced a lot of hardships to reach where she is today. Devi was married in 2009. While speaking to Hindustan times, she shared that she had to fight the patriarchal and misogynistic society every single day.

"I faced a lot of problems to be where I am today. My husband continues to live by old male-dominating ideology. Even today, he can't digest if I am getting more respect and success than him. He gets angry at me for getting more response from the public. I tell him that my success is not my own, but of my entire family. My in-laws expect me to do household chores- jhadu pocha bartan," she said.

Although she got no support from her in-laws, her parents always supported her. She told Hindustan times that the people in her village told her parents to not waste money and marry her off. But she wanted to start a new ray of hope for girls.

"My parents supported me in my journey and did not listen to people. They took loans to fund my training. Now, I will work hard to fulfill all their wishes," Devi told the print publication.

She is also a former Haryana police officer.

In 2016, Devi joined The Great Khali's wrestling company, Continental Wrestling entertainment to begin her training as a professional wrestler. She was trained by the Great Khali himself. She says that her trainer and former WWE star was her inspiration to become a wrestler.

"I'm proud of Kavita Devi, she is an example of an Indian pro wrestler."- says Great Khali, former WWE star and trainer in an interview with BBC hindi.

"Kavita Devi gave a strong performance at WWE's 2017 Dubai tryout. She is an athletic and very strong woman who demonstrated a solid grasp of the fundamentals of sports entertainment, and a passion for improving that will serve her well in WWE's upcoming Mae Young classic tournament."- says Canyon Ceman, Vice President, WWE talent development.

Shehas also represented India in the 2016 South Asian Games and won a gold in the 75kg category.

On 13 July 2017, Devi was announced as one of the 32 competitors in the first ever Mae young classic tournament. The Mae Young classic is a women's wrestling tournament held in the memory of hall of famer and WWE legend Mae young. It is a single elimination tournament in which athletes from all over the world participate. This was huge deal for India as she was the first Indian to take part in it. She made a statement when she wrestled in the traditional Indian dress, salwar kameez.

Although she was eliminated in the first round by New Zealand's Dakota kai, she established her entry into WWE. The tournament was won by Japan's Kairi Sane.

On 21st July 2018 in New Delhi, Devi was one of the 112 women to be honoured as India's 'first ladies' by President Ram Nath Kovind.

She further made history by making her debut at the grandest stage of them all, Wrestlemania. She participated in the first ever Wrestlemania women's battle royal.

Devi is all set to wrestle again in the second Mae Young classic tournament which will be held in the United States. It was announced by WWE superstar Braun Strowman on Saturday who recently came to India.

This year's #MaeYoungClassic promises to be pure 🔥🔥🔥! Are you excited with the prospect of seeing #KavitaDevi in action again? 🇮🇳🇮🇳🇮🇳https://t.co/iTgtyF2EEC

The tournament will be held in Florida from eighth to ninth August.

Devi is an inspiration for all girls and youth. She broke all patriarchal stereotypes to achieve her dreams. She has given a ray of hope to the aspiring wrestlers. Hopefully she can be WWE women's champion one day.

"I surely will. I have the technique, the skills and the strength. And it's not as much about looks as it is about fan following, which I can get if i succeed. I am learning how to perform for the crowd- 'showmanship' as they call it. Talent toh hai hi, baaki sab bhi aa jayega dheere dheere", she told TOI.