Though India won the match, they need to look back at their performance and would want to put up a much better effort against arch rivals Pakistan today. 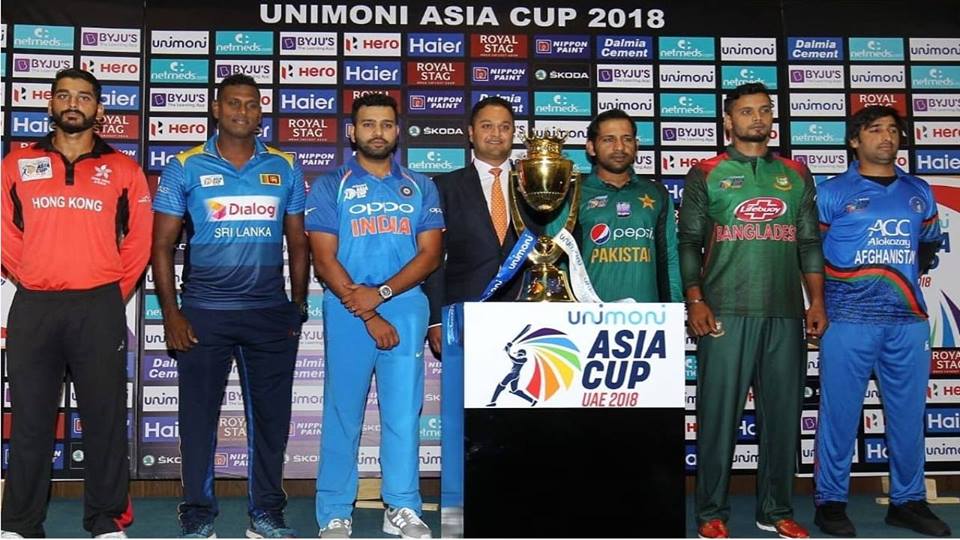 Shikhar Dhawan overcame his English demons on a flat track and registered his 14th ODI ton to help India grab their first win in this Asia Cup but not before the minnows inflicted a few scars and gave them a harsh reality check.

India expectedly started on a great note after being put in to bat. India's favorite opening pair of Shikhar Dhawan and Rohit Sharma started beautifully and scored runs at will. Rohit was dismissed by Ehsan Khan after he scored a quickfire 23 off 22 balls. Ambati Rayadu, who was making his comeback to international cricket after a long hiatus, joined Dhawan at the crease and grabbed this opportunity with both hands.

Both the batsmen milked the inexperienced Hong Kong bowlers and hit the ball freely to all parts of the ground and India looked all set to register a mammoth score. Rayadu was dismissed after a well made 60 off 70 balls but the Dhawan show continued.

He smashed 127 runs off 120 balls which included 15 boundaries and two sixes. However, the Hong Kong bowlers made a remarkable comeback and runs dried up post Shikhar's dismissal. It was another middle order collapse as Dhawan, Karthik and Dhoni were dismissed within a span of three overs. Kedar Jadhav scored some valuable runs towards the end to take India to a respectable 285-7. Hong Kong conceded only 48 runs and picked up five wickets in the last 10 overs.

Nobody gave the Asian minnows any chance whatsoever, especially against cricket super house India, but the team showed great character in staging a comeback out of the blue.

Hong Kong captain Anshuman Rath came in to open the innings with Nizakat Khan and the duo sparked an insane onslaught. They were not bogged down by their giant opponents and kept scoring runs at a brisk pace but cautiously. Rath, who has his roots in Odisha, showed nerves of steel during the run chase and scored 73 runs off 97 balls.

However, the real star of the evening was Nizakat Khan who put up a valiant effort and piled up 92 runs off 115 balls including 12 boundaries and a six before getting dismissed leg before wicket to K Khaleel Ahmed who was making his debut for India in this match.

Hong Kong had a record breaking opening partnership of 174 runs and it gave Rohit Sharma and his boys more than just a scare. After they crossed their 100  run partnership and the way they were easily scoring against the Indian bowlers including the hugely successful spin pair of Chahal and Kuldeep, it seemed an early upset was likely to happen but it was always just a matter of time.

Kuldeep Yadav provided the first breakthrough dismissing Rath in the 35th over and the rest followed without showing much fight. India's debutant left-arm seamer Khaleel Ahmed looked impressive and picked up 3 wickets but the rest of the fast bowlers could not make much of an impact. Chahal and Kuldeep picked up 5 wickets amongst them and a challenging Hong Kong could make only 259 runs in their 50 overs thereby losing the match by 26 runs. Though India won the match, they need to look back at their performance and would want to put up a much better effort against arch rivals Pakistan today.