Indian openers Rohit Sharma and Shikhar Dhawan scored another century helping India to win by 9 wickets, the biggest win against Pakistan in terms of wickets. 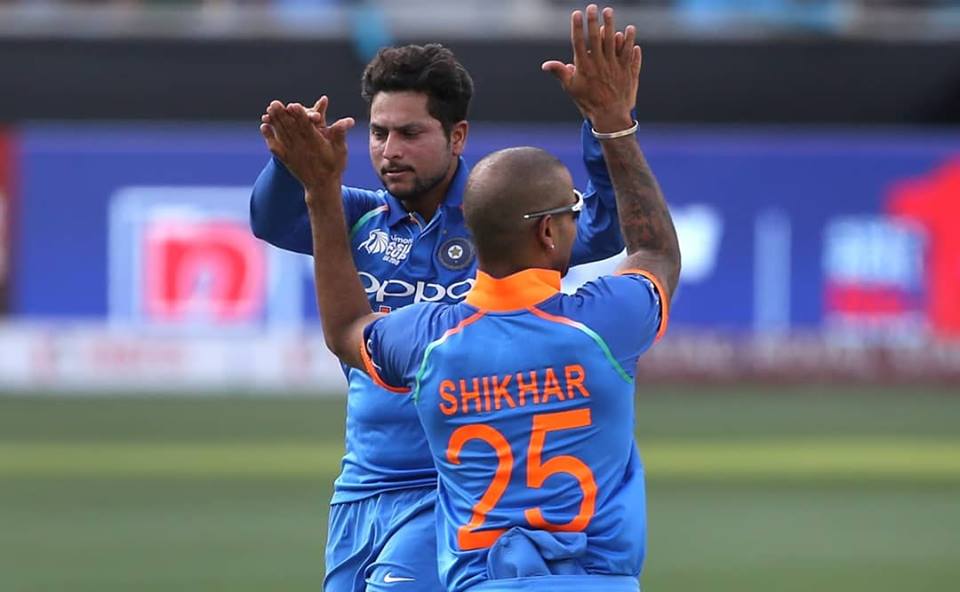 The traditional rivals India and Pakistan do not meet too often on the cricket ground, but the 2018 Asia Cup has been a change of sorts as both the teams have played each other twice in a week's time and might face each other again soon in the finals.

After winning the first face off comfortably by eight wickets with as many as 21 overs to spare, India put up another spirited performance. Indian openers Rohit Sharma and Shikhar Dhawan scored another century helping India to win by 9 wickets, the biggest win against Pakistan in terms of wickets.

Earlier in the day, Pakistan won the toss and chose to bat first. They made two changes in their playing 11; Shadab Khan came in for Haris Sohail and Mohammad Amir in for Usman Shenwari. They started cautiously, and the plan looked like not giving wickets early on.

The first breakthrough came in the 8th over as leggie Yuzvendra Chahal dismissed Imam ul Haq leg before wicket for 10 runs. It was previously given 'Not-Out' by the umpire but India used the DRS well and yes you got it right, it was Dhoni yet again who gave Rohit an immediate nod from behind the stumps for the review.

Kuldeep Yadav got rid of the dangerous Fakhar Zaman in the 15th over and a beautifully curated run out between Chahal and Ravindra Jadeja in the over next meant Babar Azam had to go back after just scoring 9 runs. You just can't take Jadeja out of the game, can you? The experienced duo of Shoaib Malik and captain Sarfraz Khan handled the important middle overs really well and kept the scoreboard moving.

Shoaib Malik continued his good run against India as he brought up his 43rd ODI fifty. However, Kuldeep Yadav got rid of Sarfraz in the 39th over to break the partnership that was looking threatening for the Indians.

Apart from the partnership between Malik and Sarfraz, there was no other notable partnership and they kept losing wickets at regular intervals and could manage only 237 runs in their 50 overs. Jasprit Bumrah was the pick of the bowlers as he picked up two wickets giving away just 29 runs in his 10 overs.

The spin twins Kudeep Yadav and Chahal picked up two wickets apiece as well. India started the chase and had no problems whatsoever. Both the openers looked in great touch and were middling the ball. They kept scoring at a brisk pace and brought up another 100 run partnership.

The failure of Pakistan's 'star bowler' Mohammad Amir did not help matters for Pakistan either. Pakistan had a bad day on the field as they dropped many important catches and was aptly put by their captain in the post-match ceremony where he said, "Even if you score 280-290 and keep dropping catches, you cannot win matches".

Shikhar Dhawan was run out in the 34th over after scoring a blistering knock of 114 off 100 balls. However, Rohit Sharma brought up his century soon after and along with Rayadu, took India across the winning line comfortably with more than 10 overs to spare.