Sri Lanka have the experience and they have shown some decent signs of returning to their best in white-ball cricket. The likes of Angelo Mathews, Lasith Malinga, spinners and the allrounders – Dasun Shanaka, Dhananjaya de Silva and Thisara Perera will hold the key for the Lankans. 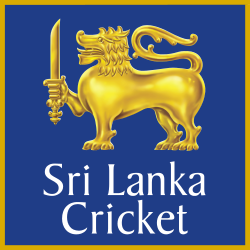 Sri Lanka are the second-most successful team (after India) in the history of the Asia Cup. In fact, they are the only nation that has taken part in every single edition of the tournament. They've won the tournament five times with the last win coming in 2014.

However, they are coming into this tournament on the back of some horror form. Sri Lanka have won just 10 ODIs (out of 39) since the start of 2017. In fact, they've not won a bilateral ODI series since June 2016. Their only ODI series win in the last two years came earlier this year when they won a tri-series involving Bangladesh and Zimbabwe.

In recent times, they lost the 5-match series against South Africa. But they did show signs of coming back into some good white-ball rhythm. They lost the series after the first three games and it looked like another whitewash was on the cards. But they won the last two ODIs before registering a win in the only T20I.

Skipper Angelo Mathews' return has boosted their spirits. The talisman has been in some really good batting form. In 5 innings, he amassed 235 runs at an average of 78.33. He was slowly looking like he was back to his best and despite not being able to bowl, he could create a decent impact. Kusal Perera, Dananjaya de Silva and Niroshan Dickwella – all got runs at some point in that series against South Africa. But team management would want them to be a little more consistent. Thisara Perera has been in decent form with both bat and ball.

Akila Dananjaya has been running riot with the ball and he is really good form. With the conditions expected to be spin-friendly, he will be vital and will lead Sri Lanka's spin attack. However, the mystery spinner will most likely miss the first two games as he is on paternity leave. With Dilruwan Perera in the mix, he will most likely take up the lead spinner's role.

Sri Lanka have relied on their spinners more often than not. Angelo Mathews also rued the same fact after the series defeat against South Africa. The likes of Suranga Lakmal, Lahiru Kumara and Kasun Rajitha have all been quite expensive.  However, they will be bolstered by the inclusion of Lasith Malinga. The 35-year-old veteran fast bowler has had good returns in the domestic circuit and he seems to be in good shape.

Sri Lanka have a couple of injury issues as well. Dinesh Chandimal who served his 6-match international ban (after he was found guilty for ball-tampering in West Indies) is suffering a finger injury and has been ruled out of the tournament. Danushka Gunathilaka has also been ruled out as he suffered a back injury just a couple of days back and Shehan Jayasuriya has been roped in as a replacement.

Sri Lanka will be worried about the form of Upul Tharanga and Kusal Mendis. They had really poor returns in the series against South Africa as both failed to cross the 100-run mark in 5 innings (they scored 93 and 86 runs respectively).

Sri Lanka have the experience and they have shown some decent signs of returning to their best in white-ball cricket. The likes of Angelo Mathews, Lasith Malinga, spinners and the allrounders – Dasun Shanaka, Dhananjaya de Silva and Thisara Perera will hold the key for the Lankans.

They are placed in Group B which seems a tougher group with Bangladesh and Afghanistan joining them. Both teams have been on the rise in international cricket and they will offer some stiff challenges. Sri Lanka's first aim will be to get past these two teams and reach the Super Four and then take it from there.