Bangladesh are no more pushovers and they are one of the most improved sides. 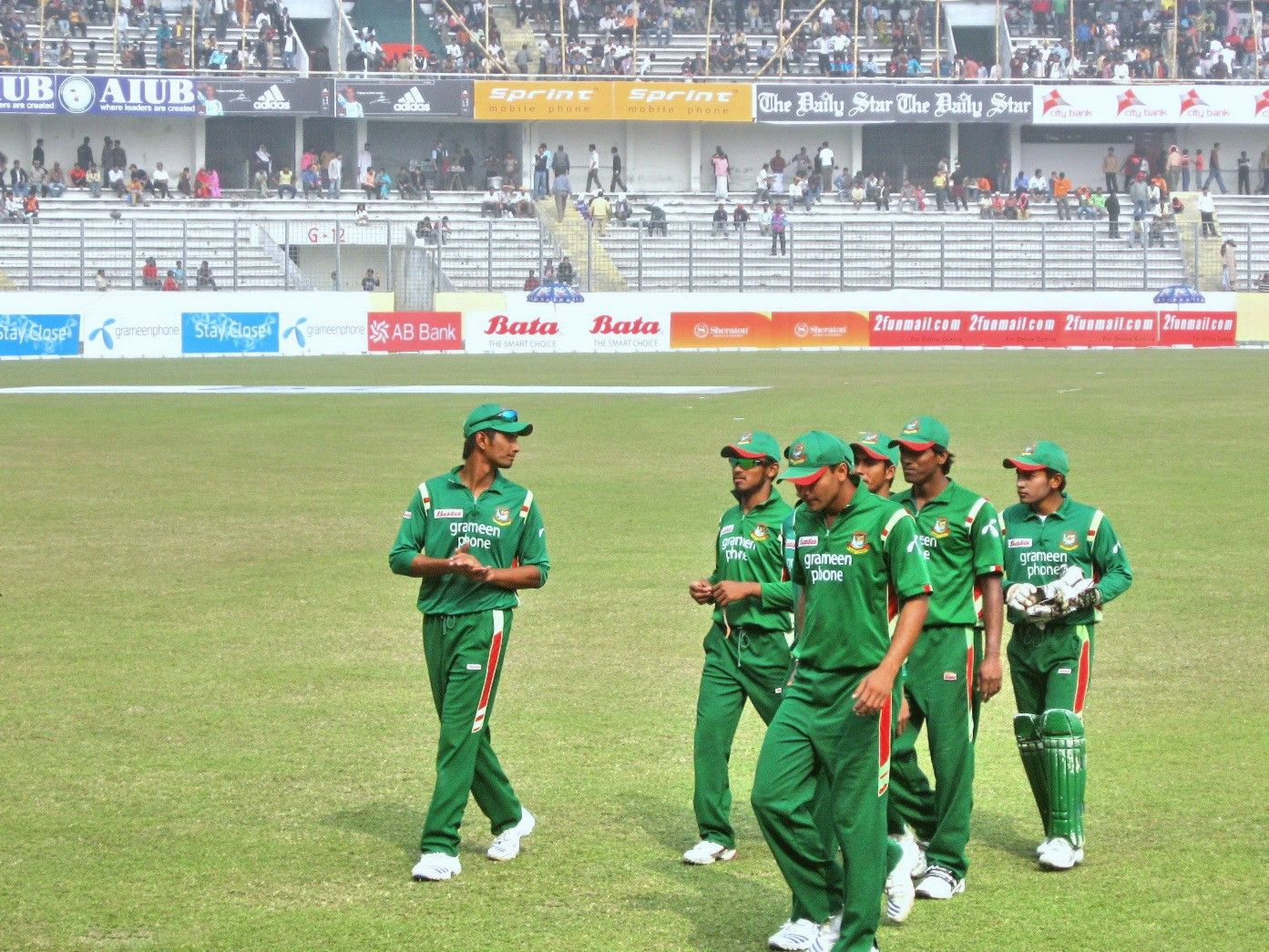 "Bangladesh are no more pushovers and they are one of the most improved sides." This line has become a cliché over the last couple of years. Ever since Bangladesh qualified for the quarter-final of the 2015 World Cup in Australia, as a limited-overs side, they have taken giant strides in international cricket. Yes, their overseas performances haven't been up to the mark but they are improving. Their record, performance and consistency have constantly been on the rise.

They reached the semi-final of the Champions Trophy last year. Yes, they did get lucky with a washout but to their credit, they played really well in the other two group-stage games (in which they won one and lost one) before losing to India in the semi-final. They reached the final of the Nidahas Trophy (T20 tri-series) earlier this year and over the last few years, their performance in the Asia Cup has been really good. In fact, out of the last 3 Asia Cups, the Bangla Tigers have made it to the final on two occasions (2012 and 2016), only to lose narrowly on both occasions.

Coming to recent form, Bangladesh are fresh of a 2-1 series win over the Windies in the Caribbean. They had an opportunity to win all three games but they couldn't hold their nerve in the second game and eventually lost by 3 runs. On the whole, the Bangladesh unit seems to be in really good rhythm and form.

Tamim Iqbal has been the batting star. He scored two centuries and a fifty in the three ODIs against West Indies. The left-handed opener has been the pillar of the batting line-up. Mahmudullah and Mushfiqur Rahim were also amongst the runs. Shakib has gelled really well into the No. 3 slot and has been consistent. However, Bangladesh will hope he regains full fitness before the first game against Sri Lanka which is on the 15th of September. The star all-rounder has been nursing a finger injury since January this year and there was a little confusion over his participation (due to his surgery). However, the confusion has been put aside and the surgery has been postponed.

Liton Das is in decent form and gave Bangladesh some quick starts in the T20I series against the Windies. Hence, with Anamul Haque (who had poor returns against West Indies) dropped, Das could find himself opening alongside Tamim Iqbal. However, Bangladesh do have options. Mominul Haque and Mohammad Mithun could also be tried at the top of the order. Despite the absence of Sabbir Rahman in the middle-order, Bangladesh's batting looks largely settled.

On the bowling front, Mashrafe Mortaza has led from the front. His consistency with the new ball has given Bangladesh some control in the powerplay. Rubel Hossain and Mustafizur Rahman have supported him well. Mustafizur has recently come back from an injury but he looks in decent shape at the moment. Off-spinner Mehidy Hasan has been really good and has taken the new ball on quite a few occasions. In the 3 games against West Indies, he picked up 3 wickets and his economy was outstanding (4.06).

Bangladesh seem to be a very well rounded and balanced side. However, it is the mental game that has been a problem. In multi-nation tournaments, they play well but somehow fail to cross the final hurdle. Not only in the knockouts, but close games where you need to hold your nerve, Bangladesh have time and again been found out. Asia Cup Final (2012), Asia Cup Final (2016), T20 World Cup (2016), semi-final Nidahas Trophy Final (2018), second ODI against West Indies (2018) are a few instances where they could've easily crossed the line but somehow managed to mess things at the fag end.

Hence, Mashrafe Mortaza and the team management will hope that the team can cope well in pressure situations.

Bangladesh are placed in a relatively tougher of the two groups. With Sri Lanka and Afghanistan, they cannot afford to take the foot off the pedal. They will need to be switched on from ball one. Both Sri Lanka and Afghanistan will pose tough challenges. Afghanistan cricket has been on the rise and they recently won the World Cup Qualifiers and also stunned Bangladesh 3-0 in a T20I series. Sri Lanka, on the other hand, will have a point to prove and get back on track ahead of next year's World Cup. In fact, Bangladesh and Sri Lanka have developed quite a bit of history in the recent past.

Hence, it is not going to be easy for the Bangla Tigers but they know if they can get past this group stage, anything can happen going forward in the tournament with momentum behind them. Thus, Bangladesh does stand a chance of reaching the final. They might be playing for the first time in the UAE but they will want to correct their previous mishaps and lift that elusive trophy.