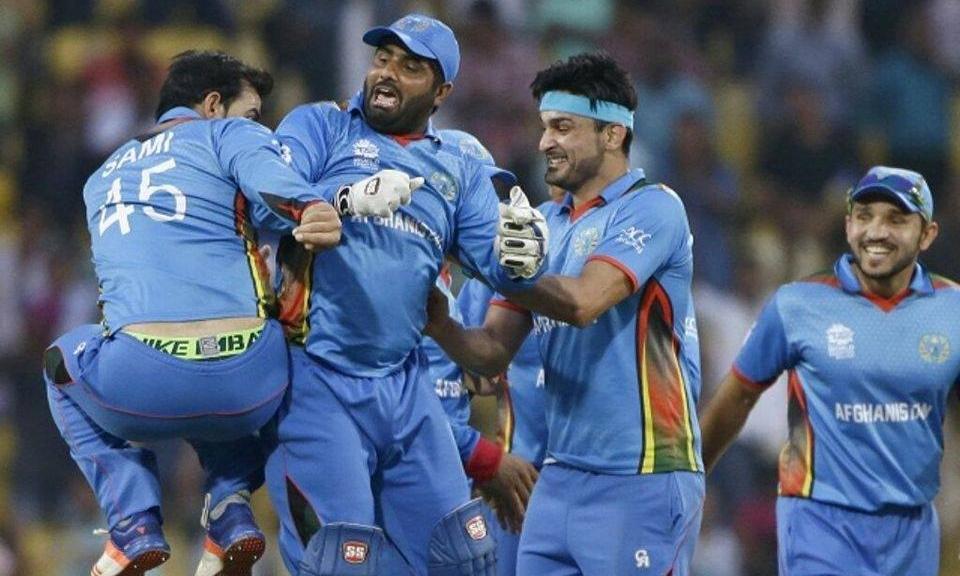 ﻿Afghanistan's Rahmat Shah played a purposeful knock of 72 runs in 90 balls and the bowlers chipped in to hand five time champions Sri Lanka their 2nd straight defeat in the Asia Cup 2018. It was an all round display by the Afghans and the Lankans were outplayed in every department of the game. The islanders will now face an untimely exit from the tournament.

A loss by 137 runs against Bangladesh and 91 runs against Afghanistan, the once world champion Asian nation does not seem in any way like the team that produced champions like Arjuna Ranatunga, Muttiah Muralitharan, Mahela Jayawardena and Kumar Sangakkara.

Sri Lanka did not look like they were in the game at any point of time. It is not just the defeat but the abject surrender that is the major cause of worry.

Afghanistan won the toss and opted to bat first. The opening pair of Mohammad Shahzad and Insanullah Janat made an all important half century stand to give Afghanistan the much required boost at the start of the innings. Akila Dananjaya dismissed both the openers. But then began the Rehmat Shah show. He played with grit and determination and scored a well deserved half century.

He scored 72 runs in 90 balls including 5 boundaries. He was eventually dismissed by Dushmantha Chameera but not before he had set a platform for the lower order batsmen.

The lower order contributed with useful cameos and took Afghanistan to a respectable total of 249 for the loss of 9 wickets in their stipulated 50 overs which turned out to be a match winning one later. Thisara Perera was the only bowler to provide some resistance. He picked up a fifer giving away 55 runs in 9 overs.

Sri Lanka did not have the best of starts and their opener Kusal Mendis was dismissed in only the 2nd ball of the innings with the team score at nought.

Upul Tharanga and Dhananjaya de Silva started building a partnership but even they could not last long. The Afghanistan bowlers kept striking at regular intervals and Sri Lanka were bowled out in the 42nd over with their score only at 158.

Sri Lanka captain Angelo Mathews accepted the loss and said at the post-match ceremony, "This was shocking from the whole team. Even in the first game, we got all out for less than 150 runs. Congratulations to Afghanistan as they outplayed us. We got a good start but again lost our way in the middle overs. The bowlers did well, the fielding had also improved from the last match. It's just the batting unit that let us down. We played better cricket in the later parts of the South Africa series. Just disappointing to see the way the boys went about it. We couldn't handle pressure. Very shocking and disappointing."

Afghanistan undoubtedly have been the most improved international team in the last few years. Their players Rashid Khan and Mujeeb are international superstars and have been plying their trade across the globe. This must have done a world of good to the confidence of not just these young boys but also the entire team.

Sri Lanka are in their transition phase. Superstars of their team have retired and they need to rebuild their structure. It is immensely important that Sri Lanka bounces back as for the gentleman's game to prosper, one of their traditional powerhouses must flourish.