Report News
Home > Sci-Tech > Why linking social media with Aadhar is not a good idea?

Why linking social media with Aadhar is not a good idea? 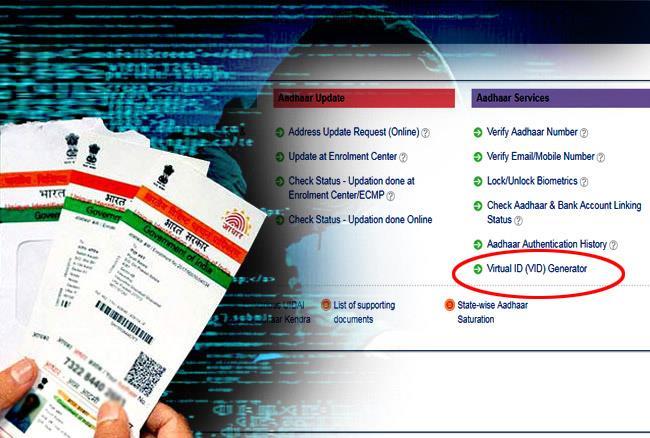 On suggestions made by the Tamil Nadu government on Monday, the Supreme Court will look into the matter of social media linkage with Aadhar number. Speaking for the matter in the apex court, Attorney General K.K.Venugopal said: "The linking of social media profiles of the users with the Aadhaar was needed to check fake news, defamatory articles, pornographic materials, anti-national and terror contents in the online media." The matter is already being heard in three high courts of Madras, Madhya Pradesh and Bombay, for which the Facebook has requested a transfer to the apex court. According to Facebook, all three cases are pertaining to the same issue, involving the interpretation of central statutes including the IT Act, 2000 and the Aadhar and the other laws (Amendment) Ordinance, 2019. On the request of top law officer who says that decisions are at advanced stages in these courts, SC has blocked the courts from passing any final orders but has not transferred the proceedings.

The idea of linking Aadhar with social media is contrary to the Supreme Court judgement which stated that Aadhar's uses are limited to the government's welfare schemes and subsidies. And moreover it also breaches the idea of privacy which SC stated is a fundamental right. The proposal also raises question on the Aadhar infrastructure which has been part of many controversial leaks and stories of massive mismanagement. The World Economic Forum's (WEF's) Global Risks Report 2019, says, "The largest (data breach) was in India, where the government ID database, Aadhar, reportedly suffered multiple breaches that potentially compromised the records of all 1.1 billion registered citizens. It was reported in January 2018 that criminals were selling access to the database at a rate of Rs500 for 10 minutes, while in March a leak at a state-owned utility company allowed anyone to download names and ID numbers."

In April 2018 also, Aadhar numbers along with bank details of nearly 1.5 lakh beneficiaries on Andhra Pradesh Corporation's website have been leaked, according to a report published by the Business standard. These incidents depict the presence of massive loopholes within the UIDAI infrastructure.

As reported by TOI, even the IT Ministry opposes the government's idea citing the previous SC judgements, and further adding that Aadhar is not the instrument to catch sources of fake news or those spreading hate speeches, etc.

Handling the data to corporate firms and other related entities would not bore well considering they have a history of selling personal data as shown in the Cambridge Analytica scam. In a same manner, data of around 550 million Facebook users have been leaked and uploaded by Mexican digital publisher Cultura Colectiva which was discovered on Amazon Web Service (AWS) cloud servers, a popular storage product.

Not only Facebook, even music streaming sites like Spotify has also seen data hacks and are currently mulling over the idea of securing data safety for its users. Social media breaches are on the rise in past few years, without corporate equalling the measures to counter it. Though platforms like Facebook and Google have pledged to counter the flow of fake news and other social media evils in the past, their collective failure to act on their words have resulted in cases of violence and social blunders.

Knowing the reach of social media, deep inside the life of citizens including their political alignments, orientations, financial details, healthcare routines, consolidating the data with this idea can result into a surveillance state. The same patterns can be observed in the nations like China and Russia.

Technological advancements like face recognition systems and AI are giving the government a substantial leverage to counter the menace of fake news for which this particular idea has been floated. This raises questions on the intention of the government behind this idea of Aadhar linking with social media platforms.

It should be understood that the problem of fake news arises due to unawareness in most cases which can be tackled with digital media literacy through special purpose vehicles. This should be paired with stringent laws to create deterrence against spread of disinformation. It is the need of the hour to have special legislation such as CLOUD (Clarifying Lawful Overseas Use of Data Act) which can help government access data without infringing the privacy of citizens.

Data is the new oil as reiterated by Prime Minister Narendra Modi, and implementing the idea of linkage goes against the Indian policy stated during the Osaka track in which Indian government denied access of sensitive personal data to foreign companies. It is evident that we need a comprehensive policy regarding data sharing which won't violate the citizens privacy but would also curb the social evil that is fake news.