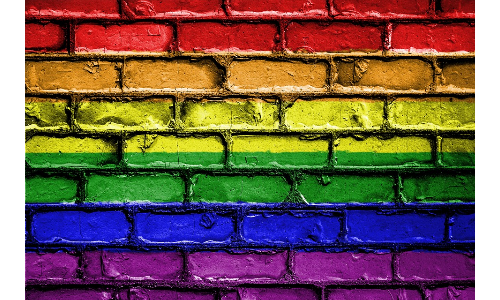 Queer is used as an umbrella term for people belonging to the LGBTQIA+ (Lesbian, gay, bisexual, transgender, queer, intersex, and asexual) community. It was a term used as a slur, but the community redeemed the word and adopted it, reducing the slur to become a categorization of sexual preference and gender.

Its definition has many dimensions, ranging from gender identification to a resistance against the status quo i.e. - the structural rigidity. A queer worldview deconstructs and destroys all established notions of gender and sexuality. Gender is a set of socially constructed roles arbitrarily assigned to everyone based on physiological reproductive traits. Being queer means embracing supposedly "masculine" and "feminine" traits as simply universal human traits and ignoring the behavioural expectations that are socially imposed according to our non-consensually assigned gender. It is about acknowledging the infinite number of complex and fluid identities that exist outside the few limited, dichotomous categories considered permissible by society.

Due to the vast identities that this term engulfs, it is only in recent years that individuals who wouldn't conform to mainstream gender and sexual identities have gotten any recognition. Even though the deep-rooted heteronormativity, transphobia and homophobia may lead people to believe that these identities are new or "being created", the truth is that they were earlier just hidden under the veil of shame and oppression.

To truly understand the queer struggle, it is important to dig in deeper, at a more interpersonal and intimate level, which is where the "closet" comes in. Even though on one hand, it is tempting to say that the space of the 'closet', and one's ability to come out, are a radical weapon, mainly due to the fact that our social structures are based around insides and outsides; It is also possible to interpret the closet as a reinforcer of inside/outside categories. The closet is a space of secrecy. If someone is "in the closet," s/he is pretending to be something that s/he is not. This secret indicates that two oppositional identities at work – the one that is kept hidden, and the other that covers for it. The closet also reinforces the places that are deemed ideal for these designations.

The "real" identity which is kept in the closet is "private," whereas the presumed identity, outside the closet, is "public." Moreover, the concept of the closet emphasizes the hierarchy inherent to these binary oppositions. That one identity must be hidden implies its shamefulness and inferiority to the opposing, public identity.

On further analysis, there can be other reasons as to why people choose to remain in a closet. Not being able to identify with any category in the LGBT community due to negligible representation in the mass media being one of them. The media is a tool which reaches out to the common public at the largest scale, and it is very rarely seen in popular movies or TV shows that people from the LGBTQ+ community can lead normal lives, rather, mass media has become a medium to perpetuate and promote stereotypes regarding the community, often portraying them in a negative light. This brings us to the two Bollywood films, Life in a Metro and Honeymoon Travels. In these movies, homosexual individuals feel trapped when married to straight persons, subsequently leading them to come out of these relationships. Such movies successfully depict the struggles of queer individuals, but mass media as a whole fails to incorporate the struggles of bisexual, asexual, pansexual and transgender people and minimum representation and in turn it leads to ignorance.

There is no possible way for people to choose where they belong if they aren't given any options.

As a society, we are programmed to view films on LGBT community only as a depiction of their lives, an oppressed and outcast life. Though movies that showcase the real struggle of this community is of utmost importance- in the realms of making people aware, it is also quite crucial that we start to desire for films that have characters belonging to the community, living a comfortable life, facing normal societal or personal conflicts and not discriminatory/oppressing ones.

The closeted identity is one of the most prominent aspects of the queer struggle, as it not only raises concerns as to why a closet exists in the first place, but also the need to normalise these identities, and to make sure they are not subjugated in any way.

How many people know that LGBT is, in fact, short for LGBTTQQIIA+? It includes, lesbian, gay, bisexual, transsexual, transgender, queer, questioning, intersex, inter-gender and asexual. An in-depth comprehension of all these terms and the '+' at the end of the acronym gives one an idea of how gender and sexuality are unfathomable, and can't be narrowed to the confines of a society that likes to think in binary.

While only the first two or three letters of this acronym have been touched upon, and that too with an immense struggle coupled with extreme homophobia and Transphobia, we have a long way to go if we want to uncover the deeper and untouched issues of the LGBTQ+ community.