NSUI turns up the heat on 'Pakoras' at JNU

The student wing of Indian National Congress used Pakoras as a form of protest against the decisions taken by the administration of JNU. 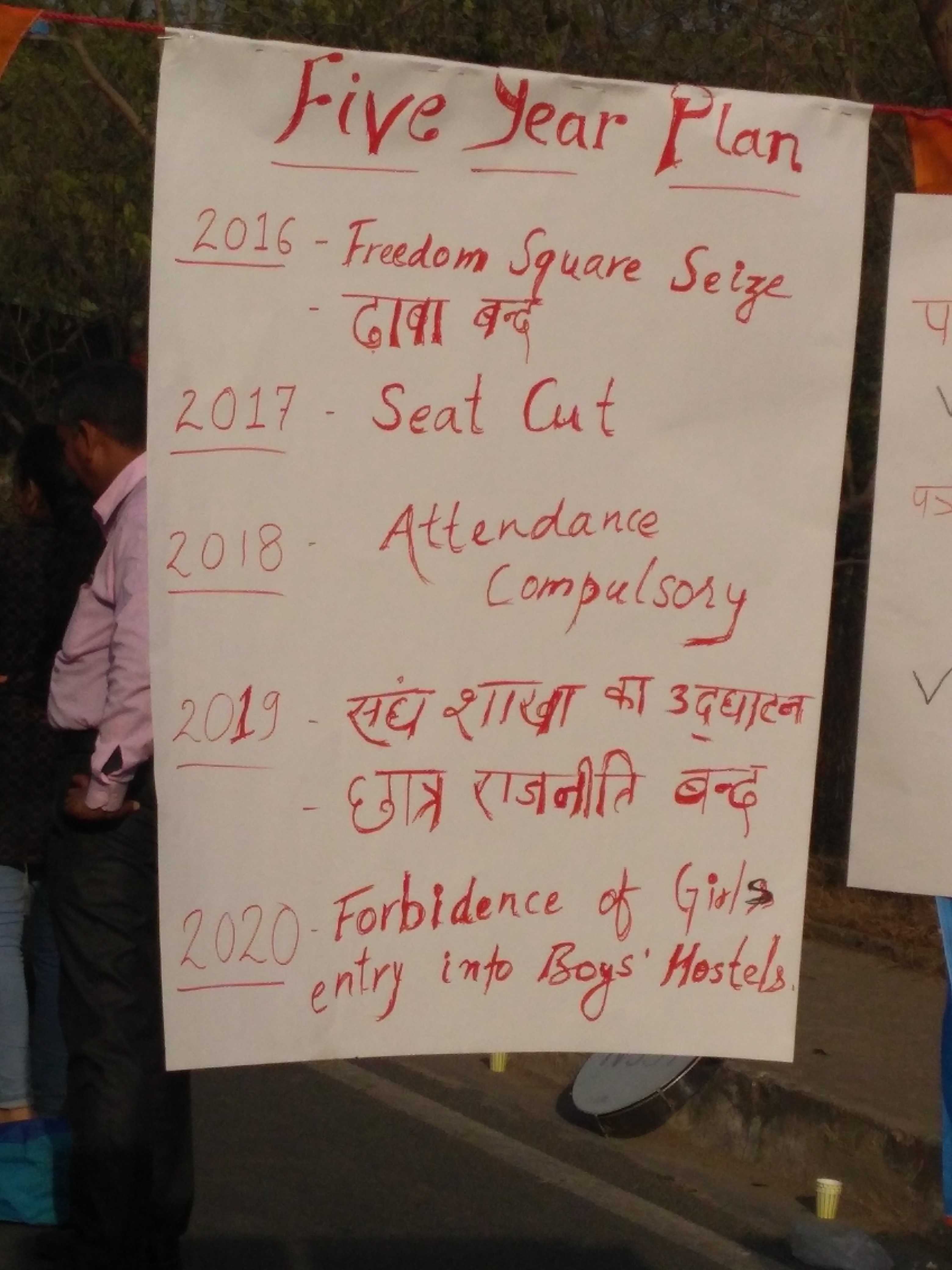 The students blocked the road leading to the university's north gate, compelling the authorities in charge to divert the traffic. Sitting amid the ingredients required to cook pakoras, accompanied by NSUI members, surrounded by posters addressing their issues, and making their presence felt with frequent slogan-shouting, the students staged a peaceful protest to list out their grievances. 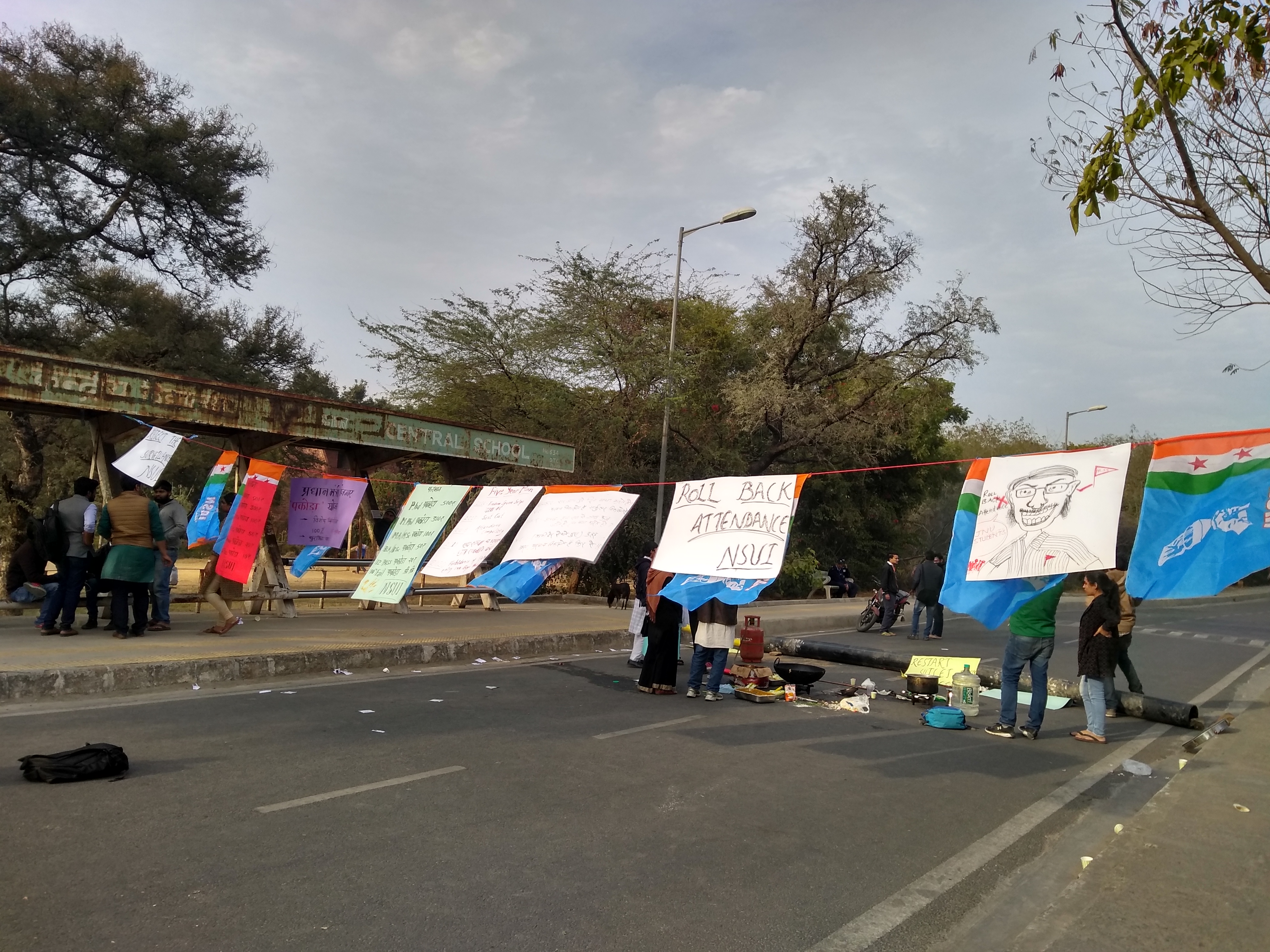 In a recent television interview, Modi said that even selling the snack is a form of employment. The comment didn't go down well with NSUI, which has protested in Bangalore too in a similar fashion, with an NSUI member dressed in his graduation robes preparing pakoras in front of RC college, SJP College and Mount Carmel College. 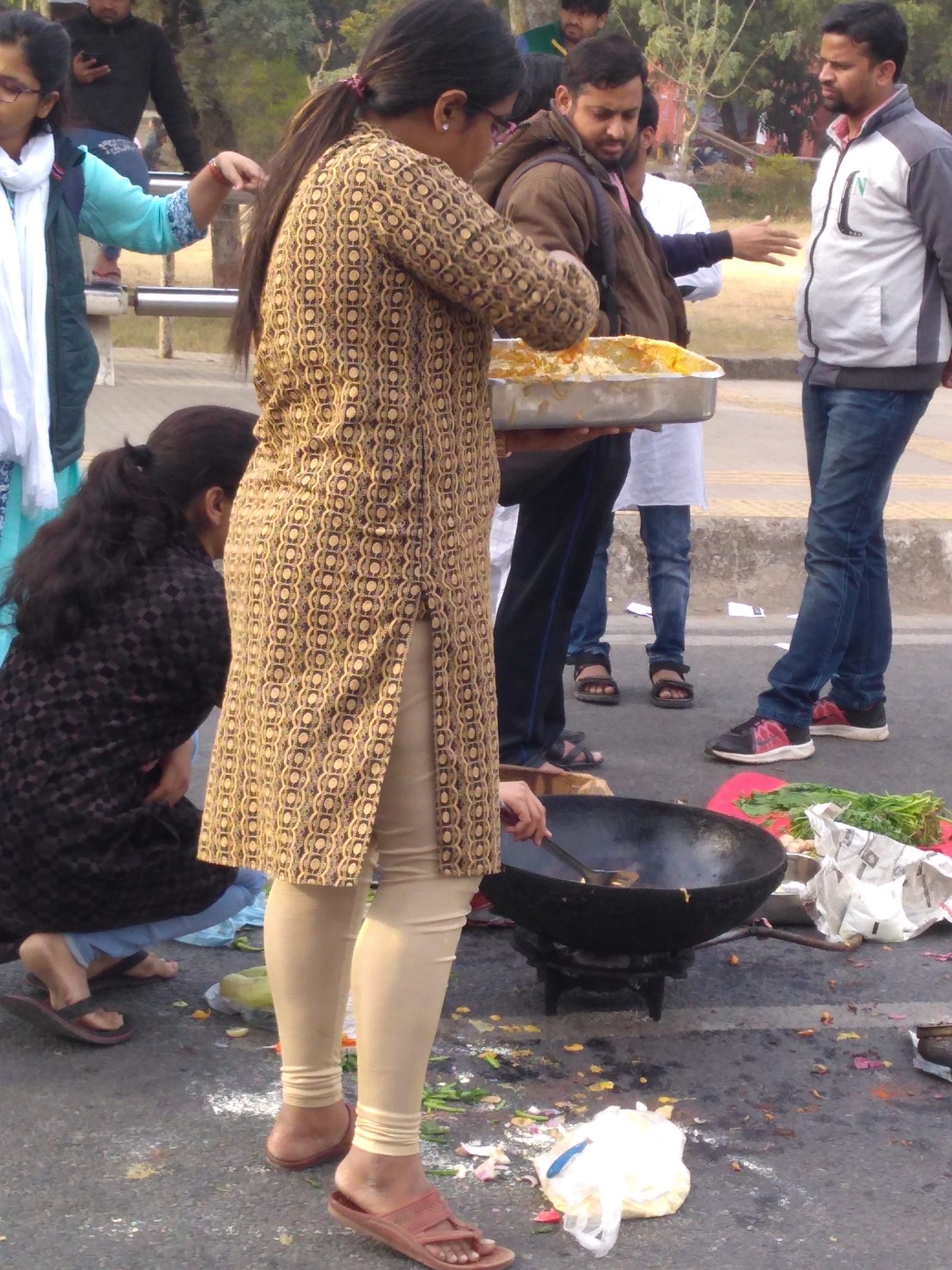 However, the protest at JNU expressed resentment going much beyond the state of employment. The chief among these was the minimum 75% attendance made compulsory for students to sit for their semester examinations.

A circular issued by the Assistant Registrar (Evaluation) Dr Sajjan Singh on January 10, 2018, read, 'For all Part-Time programme, B.A., M.A., M.Sc., M.Tech, MPH, PG Diploma and M.Phil. and Ph.D. course-work, a minimum of 75% attendance in a course is mandatory for appearing in the end-semester examination of that course.' The move was met with much resentment from both JNU Students' Union and JNU Teachers' Association. 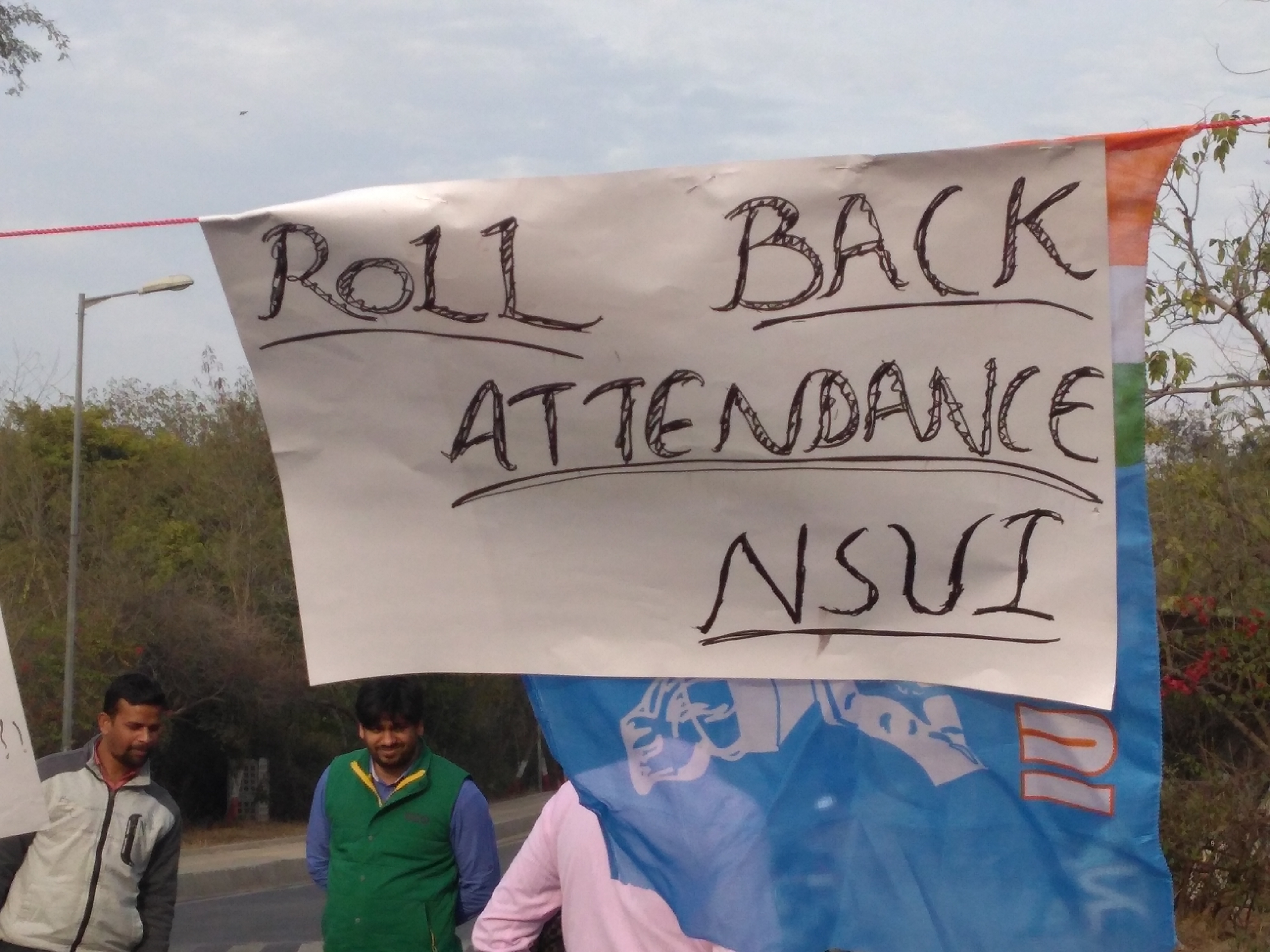 JNUSU claimed the move to be another thorn in the flesh of JNU culture and a continuation of the VC's 'sanghi' propaganda. NSUI observed the development as another setback to the university under the central rule of BJP-led NDA – a downward spiral which started with the barricading of Freedom Square to curtail student protests in 2016 and continued with the seat cut in 2017.

In December 2016, the JNU administration banned Freedom Square to be used as a protest spot in the name of space crunch. The ban was revoked by the Delhi High Court under the condition that the protests were peaceful and noise levels kept to a minimum. In 2017, the university admitted only 242 research scholars, a drastic drop from the 1,408 seats approved by the Academic Council for 2017-18. With 75% mandatory attendance, the administration has piled further misery on the students.

Another issue NSUI had on its agenda was the shutdown of Satluj mess facility for about 300 hostellers over non-payment of dues. While students claimed that they had paid their fees well in time and Jagran reported that the mess facility was restored after over half a week of stoppage, the fact that the university dealt with the same issue as recently as April 2017 shows that some screws need fixing at the Satluj hostel.

Even though the peaceful protest held at JNU was not a direct attack on the employment claim made by Modi with his comments on 'pakora-sellers,' it was indeed a criticism of the changing dynamics of JNU administration, which inadvertently have an impact on students – and their employment. However, whether the administration would lend an ear to the pleas of the students or the students would submit to the diktat remains a question for the future to answer, and NSUI has sure found a way to make the agonising wait bearable. Chai and pakoras, anyone?