UP cops abuse a journalist and lock him up

A video went viral on social media that showed a journalist was beaten and locked up by the Uttar Pradesh Police. 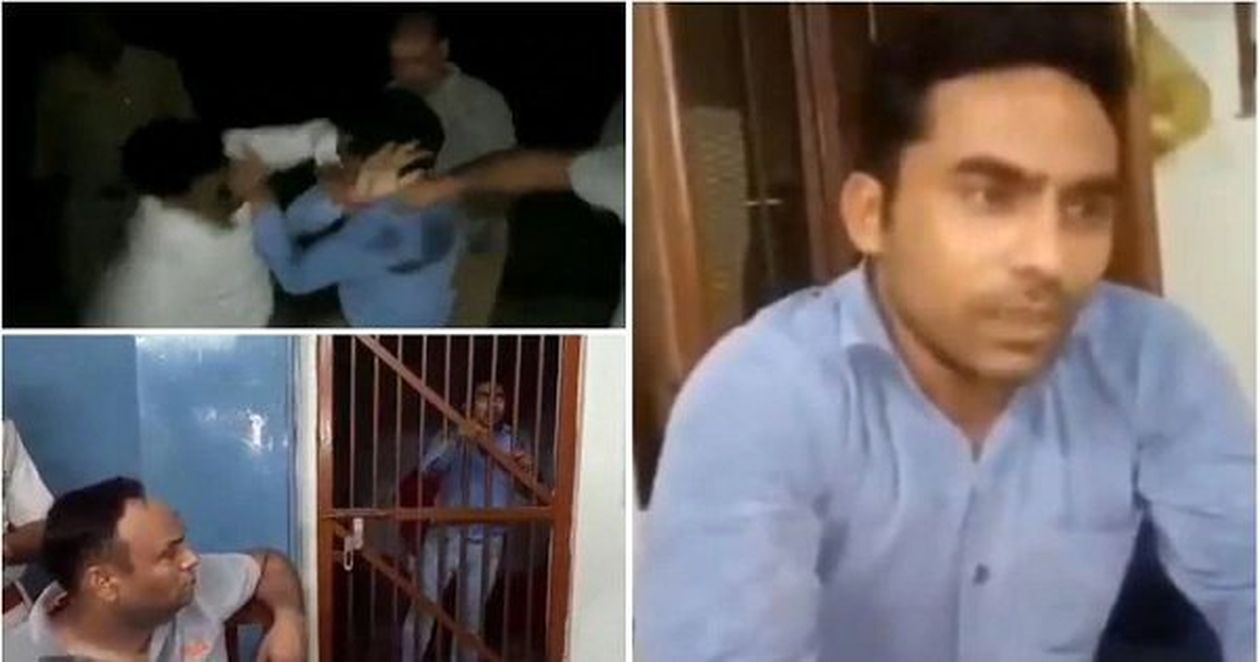 Amit Sharma, a journalist, was brutally beaten and abused by a group of policemen on Tuesday night in Uttar Pradesh. Following that, the video of the entire incident went viral on all social media platforms. The video showed the journalist pleading to the policeman to stop the abuse.

Around 9 pm on Tuesday, two wagons of a goods train had derailed in Dhimanpur in which police and a few media persons reached the spot. After a small dispute, the journalist said a group of Railway Police personnel locked him up and abused him on Tuesday night when he was covering the derailment of a train in Shamli district.

The Assault Video that went Viral

The matter came to light after a video of the assault was widely shared on social media. In the video, inspector Rakesh Kumar can be seen slapping the journalist. His subordinates also assaulted the journalist and urinated in his mouth despite his repeated pleas.

The victim narrated his ordeal and stated that the policemen were in plain clothes. One of them hit his camera and it fell down. When he tried picking it up they abused him. After that he was locked up, stripped and urinated in his mouth.

According to the twitter handle of UP Police, they have taken the necessary actions against the culprits in the concerned matter.

The incident took place just a day after the Supreme Court pulled up Uttar Pradesh government for putting journalist Prashant Kanojia behind the bars for posting tweets on Chief Minister Yogi Adityanath. The apex court ordered the immediate release of Kanojia on 11th June after he was jailed for three days.