Justice for Kathua: Six guilty of 8-year-old's rape and murder

Six out of seven convicts have been found guilty on raping and murdering an eight-year-old girl in Kathua last year. 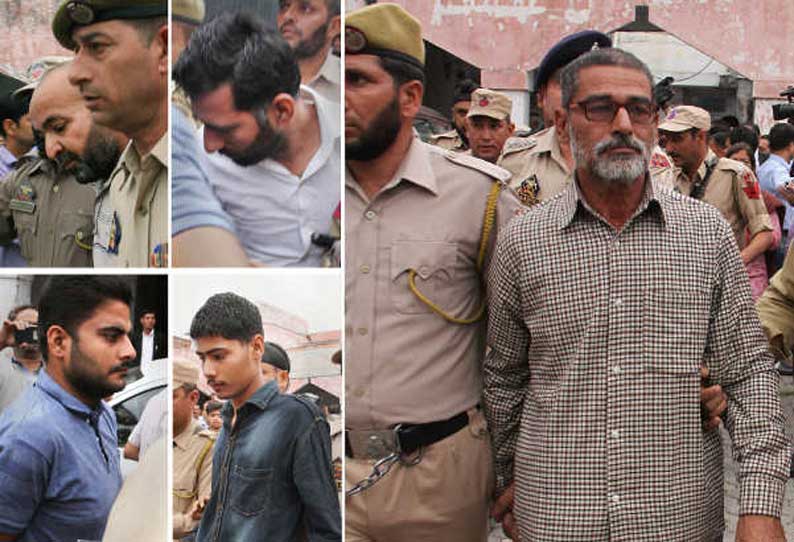 A special Pathankot court on Monday convicted six persons in the brutal rape and murder of an eight-year-old girl from a village near Kathua in Jammu and Kashmir. An 8-year-old girl who belonged to a Muslim nomadic tribe, was kidnapped on January 10 last year and held captive at a village temple in Kathua. She was then drugged, tortured and repeatedly raped for days and her body was found on January 17. The autopsy confirmed gang rape and murder.

The court conducted an in-camera trial on the Kathua Rape case that shook the nation. The day-to-day trial commenced in the first week of June last year at the district and sessions court in Pathankot in Punjab, about 100 kms from Jammu and 30 km from Kathua, after the Supreme Court ordered that the case be shifted out of Jammu and Kashmir. The trial ended on June 3 last week.

A seventh accused, Vishal, who is the son of main accused Sanji Ram, was acquitted.

The court had framed charges under the Ranbir Penal Code (RPC), including Sections 120-B (criminal conspiracy), 302 (murder) and 376-D (gang-rape), according to the prosecution. The accused face minimum life imprisonment and maximum death penalty.

The court has sentenced three out of the six convicted for rape and murder while three others have been handed a 5-year sentence each.

The court also framed charges of destruction of evidence and causing hurt by poisoning under Section 328 of the RPC. The two policemen - Raj and Datta - were also charged under Section 161 (public servant taking illegal gratification) of the RPC.

People have been tweeting regarding the case by hashtag #Kathua.

Never forget - the BJP leaders, RW media houses & Sanghi dirtbags on social media rallied in support of the accused who have been held guilty today by the court for murdering & raping Asifa in #Kathua. They did their best to protect the murderers & rapists.

Whom Hindutva was projecting as innocent, Court finds them Guilty - #Kathua Rape Case was due to conspiracy to kidnap, rape & kill the girl as part of a strategy to remove the Muslim nomadic community from the 'Hindu' area in Jammu & Kashmir! https://t.co/MrwQBBzZoA