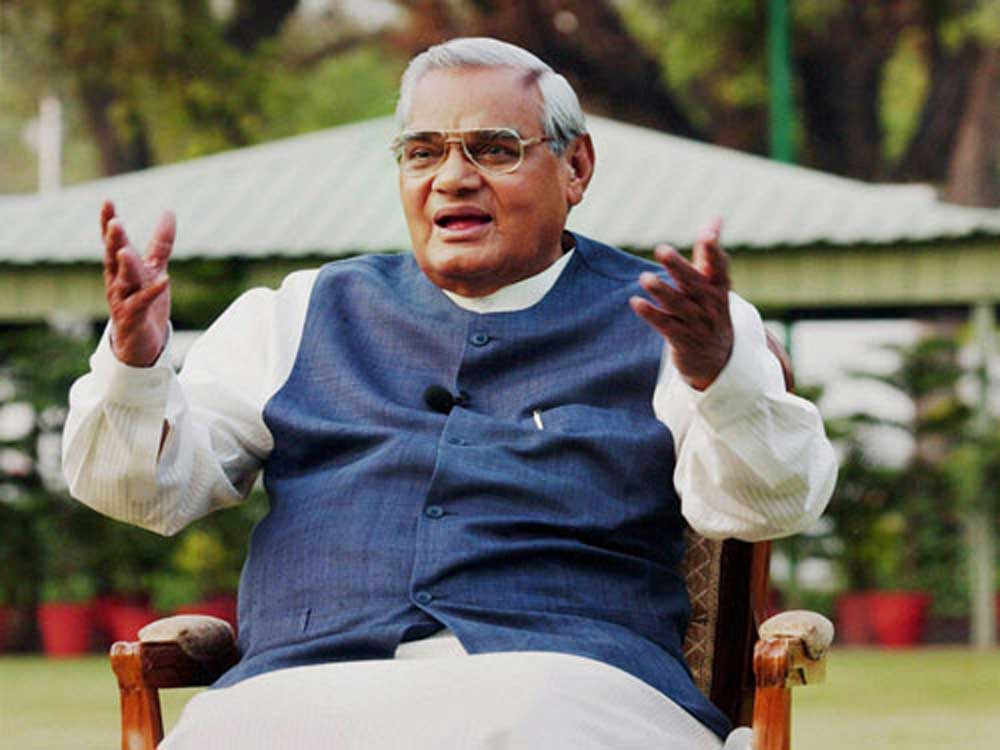 The 93-year-old former Prime Minister Atal Bihari Vajpayee was admitted at All India Institute of Medical Sciences (AIIMS), New Delhi on Monday for a routine check-up.

Later the hospital stated that the former PM has been diagnosed with a urinary tract infection and a team of doctors is closely monitoring his situation under the supervision of AIIMS director and pulmonologist Dr Randeep Guleria, who had been a personal physician to Vajpayee for many years.

According to NDTV reports, The 93-year-old former PM's condition is stable, the hospital said in a health bulletin, adding that many tests were being carried out. Sources say he is in the VIP CCU (Coronary Care Unit).

A team of doctors from the nephrology, gastroenterology, pulmonology and cardiology departments are looking after the former Prime Minister, say sources.

After hearing the news of Shri Vajpayee been admitted to the AIIMS hospital, images of security personnel managing the crowd outside the hospital has started to surface.

Vajpayee is fine, there is nothing to worry, says Union minister Dr Harsh Vardhan after visiting the former PM at AIIMS. (THE TIMES OF INDIA)

According to the recent reports from Times Now, the hospital said the former PM's condition is stable. "He is responding to treatment and is on injectable antibiotics. All vital parameters are stable. He will continue to be in hospital till the infection is controlled," the AIIMS medical bulletin said.

The BJP leader served as India's prime minister three times, the first for 15 days in 1996, the second for 13 months from March 1998 to April 1999, and the third for five years from 1999-2004. As his health condition deteriorated, he withdrew from public life citing dementia and diabetes as reasons and confined himself to his residence for many years.