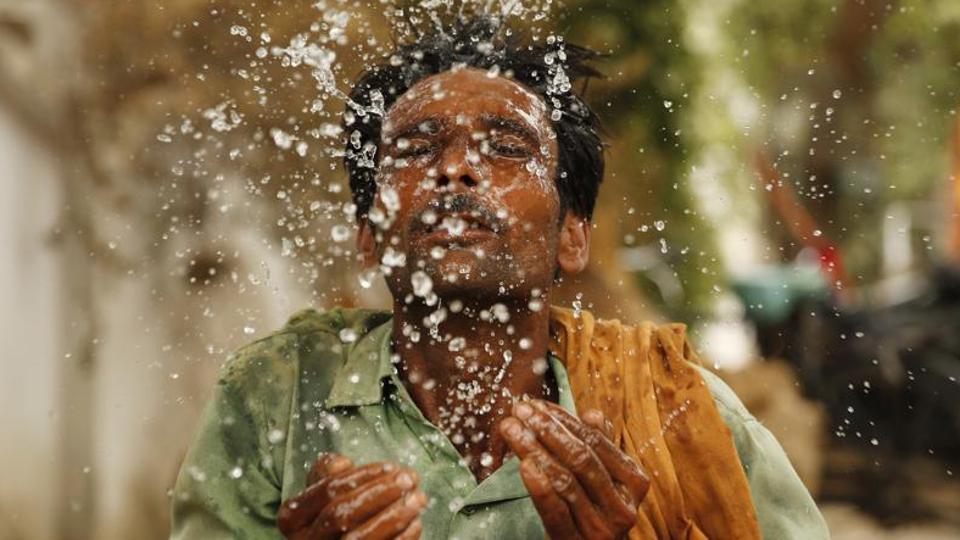 184 people died in Gaya, Bihar due to extreme prevailing heatwave conditions. The District Magistrate of Gaya, Abhishek Kumar Singh, has imposed Section 144 on June 17th to avoid such health hazards faced by the people in the city.

Maximum temperatures of more than 40 degree Celsius have been witnessed in most parts of Bihar. Major deaths have taken place in Aurangabad, Gaya and Nawada Districts.

People have been prohibited from stepping out of their houses between 11 am to 4 pm. The government has also imposed a ban on construction work from 11 am to 4 pm. "This measure is part of the steps to alert people not to go outside in the sun and protect labourers engaged in construction," Singh said.

The DM restricts all Mahatma Gandhi National Rural Employee Guarantee Act (MGNREGA) labour work and any cultural programme or gathering in open spaces, between 11 am to 4 pm, in a recent order.

All government and government-aided schools in the state will also remain closed till June 22 due to the scorching heat wave conditions.

Anand Sagar, a site engineer from Gaya, Bihar feels the summer is a real killer there. Since he has to monitor the work progress at a construction site, he feels it is very hard to work under the sun.

"The temperature is constantly over 43 degree Celsius here and it reaches to a maximum of 47 degree Celsius in the afternoon. Work is our topmost priority and we have to do it. Every day we start at home, we keep a bottle of glucose with us. Also, we keep ourselves hydrated every now and then so that we do not become victims of this heat. I am hoping that Mon'soon' in Bihar comes soon."

It is not just Bihar but many other states such as Rajasthan and Madhya Pradesh have been dealing with severe heatwaves with temperatures rising over 46 degrees on a regular basis. The onset of monsoon can only save these people from the scorching heat.

Bihar has also seen around 200 children dying from Acute Encephalitis Syndrome (AES). AES which is also known as Brain Fever, is a viral disease, which causes mild flu-like symptoms such as high fever, convulsions and headaches. It has been claiming lives in the districts around Bihar for the past few weeks.

According to an official release, Bihar Chief Minister Nitish Kumar expressed his grief over the children's death in Muzaffarpur and ordered payment of Rs four lakh as ex-gratia to the next of the kin of the deceased.

Is Litchee Fruit to Blame?

With the outbreak of AES in Bihar, people have stopped eating the Litchi fruit due to it being a triggering factor for the malnourished children who have been suffering from the mystery fever.

Some experts have been blaming the deadly cocktail of heatwave, malnourishment and binging on litchis on an empty stomach for the high death toll this year.

When sugar levels drop, the body starts to metabolise fatty acids to produce glucose. But malnourished kids are exposed to toxins such as methylene cyclopropyl glycine (MCPG) found in litchis, glucose synthesis is impaired, leading to dangerously low blood sugar and brain inflammation.

No child eating litchi, who belongs to a well-to-do family and gets adequate food, suffers from AES.

Basically, we think, the cause of the AES is due to the malnourishment of the kids and poor health facilities provided to them. Why should the poor farmers who work very hard for us and grow such tasty litchis under this scorching heat, be blamed?