TMC and BJP at loggerheads after 10 people were killed in the post-poll attacks. 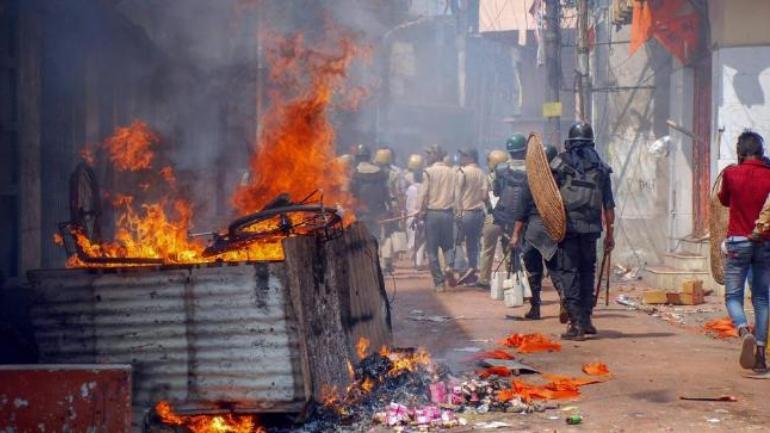 Ten persons including eight TMC workers persons were killed in post-poll violence incidents in West Bengal on Monday. Both the ruling parties, TMC and BJP blamed each other for these killings with chief minister Mamata Banerjee claiming that the saffron party was "planning to turn Bengal into Gujarat".

On Monday night, while two people were killed when bombs were hurled at them in Kankinara area of North 24 Parganas district, another died after being allegedly beaten up by unknown miscreants in Purba Burdwan district.

TMC and BJP both claimed that the victims were their supporters and blamed each other for the killings. West Bengal chief minister Mamata Banerjee on Monday accused the Center and the BJP of technical violence to overthrow its government. While BJP says TMC is trying to subvert democracy in the state.

Mamata Banerjee said on Tuesday that apart from the slain Trinamool Congress (TMC) workers, two BJP workers also died in post-poll clashes in the state. The Chief Minister also said that all the cases will be thoroughly investigated and the culprits will be brought to justice.

Meanwhile, the BJP claimed on Monday night that a supporter of the party was strangled to death allegedly for chanting "Jai Shri Ram" by workers of the TMC in the state's Howrah district.

On Tuesday, the CM installed a new bust of Ishwar Chandra Vidyasagar, the iconic 19th-century social reformer of Bengal. The bust was vandalized during BJP president Amit Shah's roadshow in the city ahead of the last phase of the Lok Sabha elections.

The name of Ishwar Chandra Vidyasagar, a 19th-century reformer who fought for widow remarriage and gave Bengal its alphabet, has sentimental value for the people of the state. Every child in Bengal, they say, grows up with stories of Vidyasagar.

Mamata Banerjee's party argued that only goons from outside who are oblivious of the state's history and heritage, could be capable of damaging a Vidyasagar statue.

BJP's Accusation on Mamata and her Partyd

The BJP, however, claimed the Trinamool had planned the vandalism to blame it on them and cost them votes.

Union Minister and BJP leader Babul Supriyo on Tuesday hit out at West Bengal government led by Mamata Banerjee accusing her of provoking violence in the state and employing her party workers and police for the same. He also said that it was a shocking revelation that Rohingyas were involved in the murder of BJP workers of Sandeshkali. His tweet regarding the murder of a BJP worker on Wednesday morning was a direct hit on the ruling party in Bengal.