The demise toll due to the outbreak of viral infection, AES, has reached 100 in Bihar. 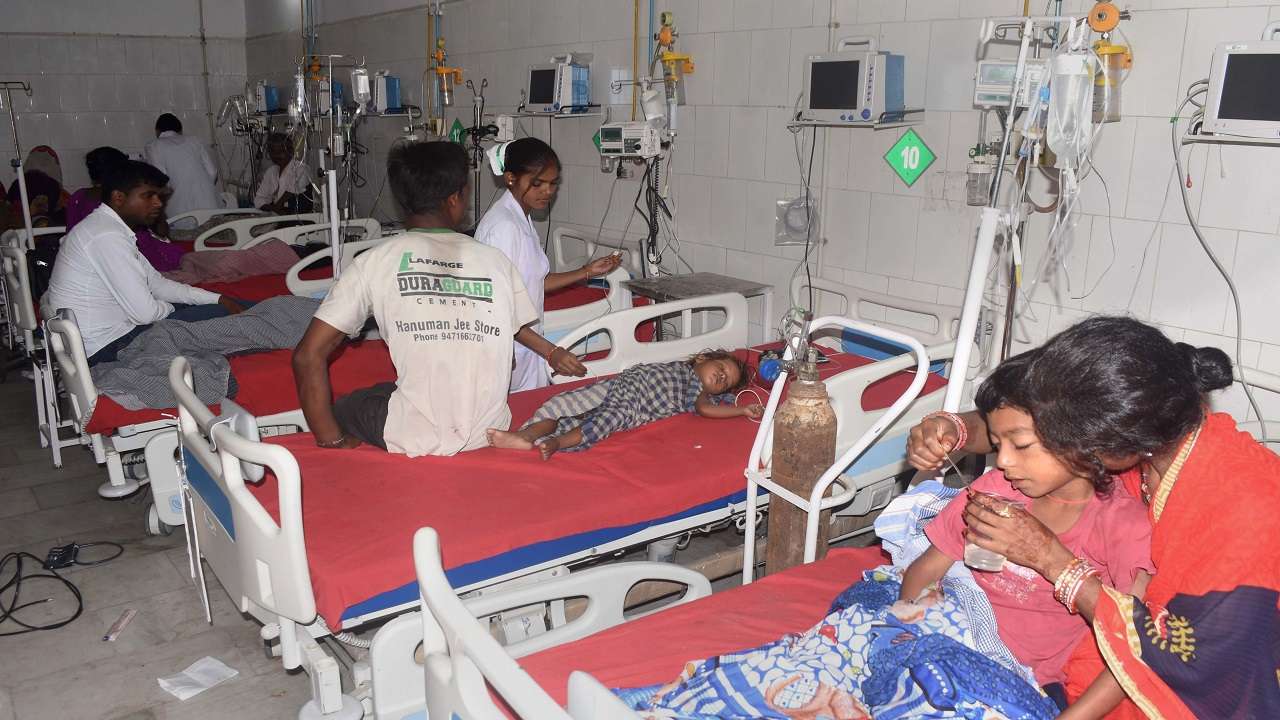 The death toll in Bihar rose to 100 due to Acute Encephalitis Syndrome (AES), also known as Brain Fever, in Bihar. It reached this number after another child died due to this disease on late Sunday afternoon.

Encephalitis is a viral disease, which causes mild flu-like symptoms such as high fever, convulsions and headaches. It has been claiming lives in the districts around Bihar for the past few weeks.

Since June 1, 197 children were admitted to the Sri Krishna Medical College and Hospital (SKMCH) while 91 were taken to Kejriwal Hospital with suspected AES. Both the hospitals are situated in Muzaffarpur area in Bihar. Most of the children admitted were found to be victims of hypoglycemia, a condition caused by a very low level of blood sugar and electrolyte imbalance.

Bihar Chief Minister Nitish Kumar expressed his grief over the children's death in Muzaffarpur and ordered payment of Rs four lakh as ex-gratia to the next of the kin of the deceased, an official release said.

Ministry of Health took to twitter to share about the Union Health Minister who visited a Muzzaffapur hospital to review the AES cases.

Union Health Minister @drharshvardhan visited SKMCH, #Muzaffarpur today to review the AES cases, with MOS Sh @AshwiniKChoubey. He spent approx 4 hrs,visiting all six wards where children are admitted. He conferred with the doctors and talked to attendants of the children. pic.twitter.com/cnMOF6Kems

The situation turned grim as a five-year-old child died in the Pediatric Intensive Care Unit (PICU) while the three ministers were on a round in the hospital. The inconsolable parents of the child confronted the ministers. They were also faced with protests by the kin of the ailing children at the SKMCH.

Meanwhile, District Magistrate of Muzaffarpur had said on June 14th that for students till Class eight, schools will remain closed till June 22 and for students in higher standards, classes will be held only till 10.30 am.