A bit shallow at addressing the stereotypes it is meant to. 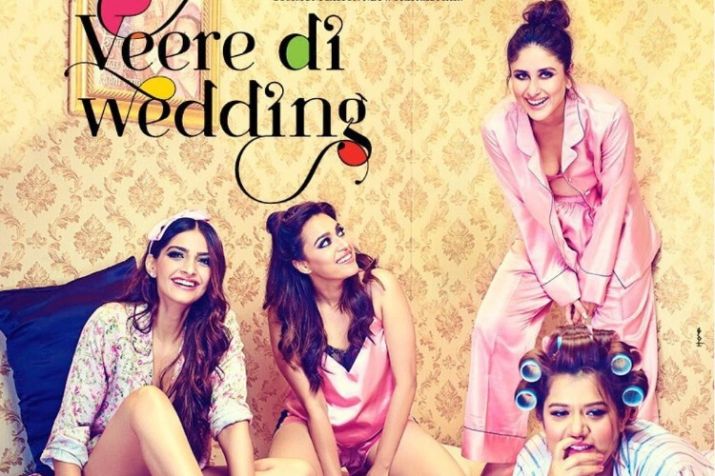 So it finally released (after the hype), enthralled, motivated, cheered, resonated, pumped up the spirits of us liberated souls (I mean the women folk). A rather simple, not a new subject - "wedlock phobia" but what's new is that a woman can have it too (yes! that's what makes it such a pleasure to watch). The subject is ahead of its time is what I had been hearing, so much so that the "pa"was left behind at home only to realise that all of it was rather overrated — of course the beep words have to be watched but those too are cute and fun and not over the top or vulgar, rather natural (at the cost of me being judged!) Modern School is at the credit of these super chiller girls (perhaps I could now fathom why my bro didn't let me study along with him in Modern haha) but clearly, ideologies and way of life has nothing to do with alma - mater.

Moving on to the performances

• Kareena is a no - brainer, natural and gorgeous... like always!!

• Sonam even tho a bit plastic does justice to her roles (Khoobsurat and Neerja fame). One of the funniest dialogues in this one has been delivered by her (easy guess for the ones who have watched)

• Shikha Talsania (Wake up Sid plump fren) has been a delight to watch with such confidence and pulling off of her role with with elan, specially with such diggaj co stars.

• And save the best for last : Swara Bhaskar for the complete rock star performance, so god damn relatable that one does not feel like a part of a movie 🍿 whistles and whistles!

And yes the cute chacha - Vivek Mushran and his partner is definitely ahead of time.The loud punjabi parent duo (sonuketeetu fame) are quite entertaining too!

However, it's true that women are often bound to certain stereotypes. If they are pretty, they can't be smart, and the other way round. If they are both, there's certainly a character flaw with them. And of course, how can they be bold, fun and carefree. This movie is a bit shallow to address these or,maybe it doesn't even want to. But truth is, the more the male bastion is threatened, the more stereotyped and ghettoed would the independent woman get.

Music is a plus — Laaj sharam being a peronal favourite! Go watch with your veerey and come out all charged up to watch again.