Report News
Home > Editorial > Voice of the People > Media at Crossroads: When Small is Big

Media at Crossroads: When Small is Big

Technology penetration will emerge as the game-changer ahead. Broadband penetration across 600 districts and gradually 6.3 lacs villages will make the medium influencing the message. Social media will fill in where the mainstream media fail and with broadband going to every corner this will be further accelerated 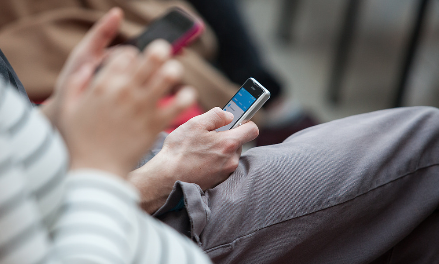 The small handheld screen is taking the bigger tele-screen by the horns. From news to entertainment, short video to music video, the any-time consumption of video online is increasing fast, more so in times of low internet costs on handsets, in this post Jio era.

Digital is being reborn in India almost every day with 845 million cell phone users, half of them being active on internet and social media with smart-phones, and 6 on 10 internet users being a regular daily user majority upto 7 hours a day.

Transition to the digital world ahead will be more through Artificial Intelligence, Augmented Reality ad Virtual Reality, which will add visual and conceptual diversity on one hand, and may also create stories and visuals which do not actually exist and pass them off as news. Therein lies the pitfall as well.

News media is at crossroads on many counts.

The basic problem facing the news media, specially the TV, today is the disproportionate expense on distribution and carriage fees of channels (which is approximately 45% of the consumer end revenue of the channels). Hence, there is decidedly low investment in content and the variety of the same. Almost all channels then resort to studio talks rather than much of field-work. This also results in limited courage in content and prevalence of subdued voice of many channels.

Size of the television news business is around Rs.3000 crores, which is 5% of the gross 60,000 crores advertising revenue in India, and hence the frontiers are still open on revenue side. Even in digital news, profit sighting and traffic rise are rare and far in between, though has happened in some portals, like NDTV.com. In spite of the news portals like TimesofIndia.com and IndiaToday.in already earning profits, Indian consumer is still not ready for the subscription and Paywall route to revenue generation in digital news.

The situation for general entertainment channels (GEC) is a tad better and the consumption of serials and reality shows is far more on TV than on the handset. But there is a perceptible change herein too. Snacking of small parts of reality shows on the digital medium is rampant now and often such short videos go viral.

Also, appointment viewing of television programs is on decline as urban consumers specially need anytime viewing due to a hectic short-on-time lifestyle and working status of many. Digital with its anytime viewing option is hence a major way forwarded, being aided with large and cheap datapacks on phones and home wifi getting cheaper by the day. An investment of a thousand bucks can pretty well take a consumer through most of his preferred shows online at any time, and that leads to a sense of empowerment, unlike in TV viewing which increasingly being considered dumb-viewing.

TV Integration with the Digital Medium

A major movement forward in the domain of television news is its increasing integration with web or digital news. NDTV.com has emerged to be the 20th largest news portal of the world and by far the largest of any TV news organization in India, with its Web First slogan and series of initiatives. Since online audience is not equal to broadcast audience, it is creating specific skills within its integrated newsroom.

India Today takes it to Mobile First perspective where the content (pics, language and video) are even tailored to mobile medium sensitivity. Alongside, the editors today find video for online very different from the video on TV for the same news since online video is consumed more on a smaller handheld device.

Alongside, television and its digital avatars are both caught up in the debate between speed news (face focus) and enterprise content (full story with various perspectives). Original curated personalized content is must in the digital medium, and hence the adaptation of journalists to digital content generation techniques becomes crucial. And, as is the experience of most of the digital news platforms, for this a senior journalist has to unlearn a lot of practices s/he is comfortable with. Un-cynical and tech-savvy younger work-force is often more suited for this.

This integration further proves the efficacy of the digital on the rise versus television in slow decline.

It is a good news that journalism in myriad forms is being consumed more and democracy is being served better with reach of news becoming stronger and wider, though in a clutter of news-platforms, credibility is going to be the discerning factor.

The worrying factor at times is that by-lines are increasingly known less for the news they speak but for stands they take. There is the rise of branded anchors, living in their bubbles and echo-chambers, and TV often presents less news, and much more views. Branded anchors have defined their specific audiences, and proud of their stand of socialism or communalism etc, and less of their journalism. Sometimes the extreme stands of anchors are doing almost an irreparable damage to journalism, as seen in Kasganj case recently.

Alternatively, social media, consumed much on smartphones, has created some pressures on TV to stand firm. Portals like altnews and boomchecker have created pressures on TV journalists to get their stories right. News anchors can have their biases in views, but post-truths or fake news cannot be presented as facts.

The artificially created conflicts through studio guests and #journalism are signs of decay in healthy news presentation, though these serve the twin purposes of reducing costs and strengthening biases and stereotypes.

"Don't let objectivity get into the way of news," James Cameron. So, opinions fine, so long as they are stated upfront and not presented with doctored or fake facts as news.

Going beyond personal stands of anchors and editors, and more so media business houses, there are told and untold pressures from powers that be. Story-telling on India is often coloured as patriotic and non-patriotic. Patriotism is not a virtue of journalism, but keeping news sacrosanct is.

Media mediates social change, and media self-corrects with time. People do go back to credible news. After the coming in Donald Trump to power in USA, New York Times and CNN have become more popular. Indian news media should be thinking about what they are doing to themselves for TRPs, viewership and being in the good books of powers that be. Often even TRPs do not reflect the reality on ground.

Citing an example, one can say that while TRP of the popular Ravish Kumar show on NDTV is virtually zero, the views of it online is from 1 lac to 3 lacs per episode and it generates an enormous pro and against social media commenting as well. Hence, social media again acts as a deterrent to the aberrations of the TV.

A bigger challenge, while audiences are coming to TV or re-iteration or reaffirmation of their already existing world view, they take to digital media for breaking news and this will only grow further, but revenue is still abysmally low in the digital which is the cause of real worry. With higher revenues on the digital medium, there will be more corrections in the overall contours of news-dissemination in India.

The new definition of DTH is Direct to Handset. So mobile journalism (MOJO) and skills of MOJO journalists are the order of tomorrow. The future is of further integrated newsroom along with staff doubling up on TV and digital fronts, selfie-stick reporters shooting themselves and publishing simultaneously will be the new normal. In brief, multi-skilled convergent techno-savvy mobile journalists with a great network and way with languages shall be the most sought after animal in the world of news of tomorrow.

Also, technology penetration will emerge as the game-changer ahead. Broadband penetration across 600 districts and gradually 6.3 lacs villages will make the medium influencing the message. Social media will fill in where the mainstream media fail and with broadband going to every corner this will be further accelerated. Also, Specialized Content, as in business or ecology or defence, for specific niche audiences will also find market and revenue talking to their right audiences.

Indeed, journalists can take you to the spot of an event through VR and add layers to it through AR. Facts and fiction distinction may to an extent get obliterated. Since people are consuming a specific news platform more through the social media like Twitter, YouTube and Facebook, and less through their portals, creating viral news through AR/VR becomes a reality of the future. This is more so as video capable devices are on the rise, and are expected to grow more than twice between 2016 and 2020.

Even today, daily online video watchers are 33% of the total internet users in India. And among these viewers, women outnumber men and Hindi outnumbers all other languages taken together. Increasingly, the shorter hand-held screen is for snacking news or watching trailer of the news, while the larger screen on TV is for more detailed presentation. And online news is being snacked in different forms: text-led like DailyO, pic-led like InShorts, and video-led like shorts from TV news, and all these together are and will reduce TV News-viewing though video will grow and not go kaput.

Come 2020: Content still remains the king, though contexts and platforms shall change.

Prof. Ujjwal K Chowdhury is currently School Head, School of Media, Pearl Academy; and has been earlier the Dean of Symbiosis and Amity Universities, and Dean of Whistling Woods School of Communication, among other engagements).

(Disclaimer: The opinions expressed within this article are the personal opinion of the author. The facts and opinions in this article do not reflect the views of Democracy News Live (DNL) and DNL does not assume any responsibility or liability for the same.)