The LGBTQIA+ community is often left on the margins when conversations about media representation and mental health take place. 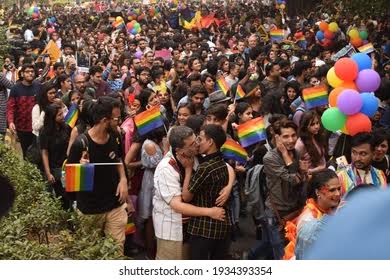 The LGBTQIA+ community is often left on the margins when conversations about media representation and mental health take place.

There has been an upsurge in LGBTQI+ marketing in India. An example of such attempts to reach the community is Durex India's most recent web-based campaign featuring a superman "who flies both ways'' https://www.instagram.com/p/CU-V0JAvNyK/?utm_medium=copy_link which is both charming yet chaotic. It, however, represents how companies never miss out on an opportunity to cash in on a pivotal moment for a marginalised community. On October 11th, National Coming Out Day, DC Comics revealed that the new Superman, Johnathan Kent, the son of Clark Kent and Lois Lane, will begin a romantic connection with one of his male friends and Durex India quickly grabbed onto the chance to capitalise that cultural moment by releasing their online advertisement about a superman who "flies both ways".

Marketing firms use queer baiting to appeal to the LGBTQIA+ market while attempting to prevent backlash from the homophobic market, but there is a lack of proper queer representation in media which makes queer folks feel alienated, frustrated.

Betty Cooper (Lili Reinhart) and Veronica Lodge (Camila Mendes) were seen kissing in the trailer for season one of The CW drama 'Riverdale It was, however, only to grab Cheryl Blossom's (Madelaine Petsch) attention and was completely insignificant to the plotline. This line of portrayal sends a message that LGBTQ+ characters are not as valuable and worthy of the storyline. The present depiction is surrounded by negative concoctions which also makes the characters difficult to look up to.

Kabir, an 18-year-old boy who identifies as bisexual stated, "Media representation is such a big part of shaping narratives and shaping public perception, and I feel like there's a gap in the market for films or media that revolves around people of the community. Wrong representation is worse than no representation at all."

Heteronormativity also referred to as "compulsory heterosexuality" can cause mental health problems in queer individuals as it adds to the stigma against homosexuality.

Nineteen-year-old Taruni, who identifies as bisexual, asserts that heteronormativity is harmful as it denies every aspect of a person belonging to the LGBTQI+ community. Not only does this assume that everyone is straight but also that everyone is cisgender and that non-binary people don't exist."

Sadly, Children use the term "gay" as an insult at school; they use slurs to refer to their queer peers, and some of them even out their queer friends to their parents or other friends against their will. Many parents are so queer-phobic and unaccepting that they might kick their children out of the house for being queer or send them for conversion therapy. People who identify as queer and have come out, have to face rejection and brutality. Certain individuals who claim to be allies don't bother to educate themselves or use excuses such as "my best friend is gay" when they use slurs to excuse their ignorant behaviour.

Due to these social factors, the need for queer affirmative spaces, especially therapeutic practices, is of paramount importance.

A few queer people who have shared their experiences with therapeutic practices have mentioned that their therapists weren't equipped to deal with problems related to their sexual orientation or gender identities.

Manavi Khurana, a queer & kink affirmative therapist and the founder of Karma Center, shed some light on the challenges that youth

Coming out isn't solely about sharing sexual orientation or gender identity with others; it's about sharing a part of yourself, opening up and trusting. The mental health community must unlearn viewing queer sexuality from a heterosexual lens, which is why therapists should shift from being "queer-friendly" to "queer affirmative".

Queer affirmative therapy is a therapeutic practice that takes a positive view of individuals who identify as a part of the LGBTQIA+ community, their identities, and their relationships. It also addresses the impact of homophobia, heteronormativity, and transphobia on the members.

The queer-friendly practice may be accepting of queer people but the organisation or therapist may not have the knowledge or skills to provide therapy and support to queer individuals. Whereas a queer affirmative practice is an approach to counselling that encompasses self-work and an awareness of living within a heteronormative society. Queer affirmative therapists identify transphobia and homophobia and recognise that all spaces, including the therapy room, are political spaces.

A therapist or organisation should be recommended by LGBTQIA+ NGOs or individuals who identify as a part of the community or other reliable sources to validate their commitment to the community.

Access to professional care for queer people will make our country more progressive, welcoming, supportive, and safe for our LGBTQIA+ youth.

Aadya is an avid writer and an aspiring journalist currently studying Journalism and Mass communication at Bennett University. Her core interests lie at the confluence of writing, mental health and gender issues.