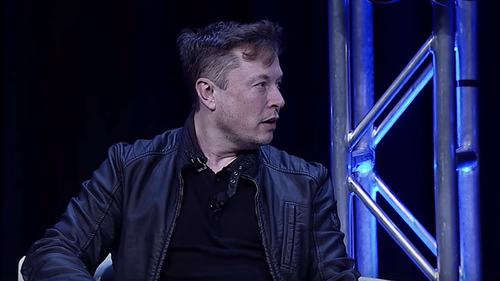 UNITED STATES. Redmond, Washington: The development of Elon Musk's satellite internet service, Starlink, through his flagship company SpaceX, has been in the works for a decade. As of Jan. 20, the test phase has finally begun. Musk aims to have expanded coverage in all populated areas of the planet by the end of 2021. With the click of a button, anyone can enroll in Starlink's beta test program on their website and will receive a notification when service becomes available in their area.

An outsider playing the monopoly game?

While Musk has historically been on the leading edge of new technologies, he isn't alone on this frontier. He faces significant challenges in bringing what was once the famous inventor Nikola Tesla's dream of affordable global connectivity, to fruition. Primary among this being competition from established broadband internet companies.

Hughes Network Systems, one of the largest satellite internet providers to rural America, entered a contract with UK based OneWeb last year. This consolidation of corporate titans is aimed at manufacturing a ground system technology for its satellite low earth orbit (LEO) constellation, which will be in direct competition with SpaceX's Starlink system. At a glance, this appears to be nothing more than a capitalist free-market economy at work. An official statement made by OneWeb in a blog post asserted, "This larger OneWeb constellation will allow for greater flexibility to meet soaring global connectivity demands."

Altruistic commentary aside, the powerful consortium between Hughes and OneWeb leaves a lingering impression that Starlink's competition may be trying to flex its corporate muscles. Other companies investing in satellite broadband include Vodafone Group and Rakuten, along with SpaceMobile.

Musk is a firm advocate for greater information freedom, especially from censorship. He also insists that his company's participation in this new facet of the space race poses no threat to existing telecommunications providers. In his own words, the business mogul and inventor claimed, "Starlink is not some huge threat to telcos. I want to be super clear: it is not."

Technical and ethical challenges lie ahead

Musk's ambition to launch upwards of 30,000 Starlink satellites into LEO to solve humanity's increasing connectivity demands has been met with resistance from experts in different industries. Astronomers have raised concerns about increased light pollution from the tens of thousands of additional satellites in orbit. Scientists and researchers have also expressed discontent with the decision made by the Federal Communications Commission (FCC), to allow so many satellites to be launched, claiming it may cause an avalanche of space debris to rain down on the planet for years to come.

Starlink addressed space debris concerns directly on their website, avowing, "The satellites will burn up in Earth's atmosphere within 1-5 years, significantly less than the hundreds or thousands of years required at higher altitudes." They also maintained their technology is "on the leading edge of on-orbit debris mitigation, meeting or exceeding all regulatory and industry standards."

Regardless, time will tell if the inventor's grand vision of an affordably connected world can meet the expectations put upon it and effectively navigate its fierce competition.