A raging pandemic, an economic crisis, and a divided nation are just a few of the battles Biden has waiting for him 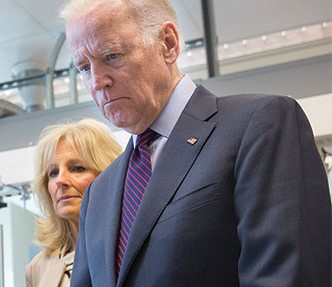 UNITED STATES. Washington, DC: The world held its breath as Joseph R. Biden, Jr placed his hand on the Bible and became the US's 46th president.

While many across the world let out a sigh of relief, the challenges facing Biden and his new administration are unparalleled. A violent insurrection on the nation's Capitol was barely tamped down. The 2009 recession revealed unemployment rates of 10%. The US is leaning into 7% as of December 2020. Tens of thousands of troops are in limbo in Afghanistan, Syria, Iraq, and Somalia. Trump is no longer occupying Pennsylvania Avenue, but the bitterness and division he left behind in Congress, the Senate, and across the country will not be mended overnight. And Jan. 20 marked the one-year anniversary of the announcement of COVID-19 in the US. It's a grim anniversary marked by millions of infections and 400,000 deaths.

In an interview with Democracy News Live, Debidatta Aurobinda Mahaparta, adjunct professor of political science at the University of Central Florida, identified what he believed to be Biden's most significant challenge: "The real, long term, and perhaps hardest challenge will be to build social cohesion—this task will indeed be daunting."

In a Times of India opinion piece, Mahapatra highlighted that "[Biden's] speech evoked hope and an image of a statesman who rises above partisan politics. But the heavy presence of security personnel in the capital and bulletproof shield, and masks all around, reminded that he did not inherit the best of the past, and the challenges before him will be daunting."

On the economic challenges, Mahapatra feels more optimistic. "The challenge of economic recovery is short-term, and I believe within a year or two the economy will bounce back to normalcy."

Vivek Kumar, PhD is the Founder and Executive Director for the Centre for Socio-Economic and Political Research in New Delhi. As a political strategist for campaigns across India, Kumar offered a blunt warning for the US, "America should do what they have been teaching the world." He warned that America will need to restore democracy as it has attempted to do in Africa and Iraq and Afghanistan. "America should not lecture on Democracy now."

The world watched as America's democratic institutions were threatened in the past four years. Threats to marginalized groups, threats to journalists and a free press, and threats to voting rights were among the issues causing moderates and liberals alike great consternation about the strength of their democracy.

Mahaparta feels cautiously optimistic about Biden's ability to move the US onward toward a more perfect union. "Biden is a seasoned politician. He has experience of working with leaders from all parties. He is considered a centrist, a balancer, and that will be an advantage for him in these challenging times. That image will help him to appeal to people and leaders across aisles and develop a common agenda that will help address the deep-seated divisions. Certainly, the task will not be easy. But there is no other way" (Times of India).

Amy, 43, a resident of Canada and the US shared, "This has not been about Democrat or Republican, Right or Left. For me character means so much." She added, "I saw in Trump a lack of many essential leadership qualities: self-reflection, the capacity to take responsibility, the ability to uplift and build bridges. There is a new start—but there is a need to integrate and assimilate where we have been."

As a stark contrast to Trump's 2016 inauguration speech about "American Carnage", Biden's tone on Jan. 20 was decidedly more optimistic. "Today, on this January day, my whole soul is in this: Bringing America together. Uniting our people. And uniting our nation."