IRCTC's new app to curb overcharging of food on trains 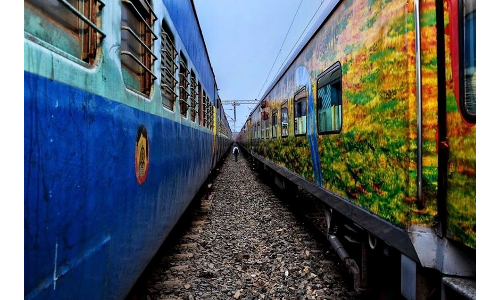 Other than the rates, the app will also provide the menu options on various Indian Railways trains. Pic for representational purpose only.

Indian railway minister Piyush Goyal has launched 'Menu on Rail' app which will provide passengers all information related to food on trains. This comes after the catering service has been slandered for overcharging passengers and poor quality.

Even something like the cost of teas will also also be mentioned. The Financial Express lists 10 points:

3) For Mail as well as Express trains, food items in the app have been categorized into 4 categories namely, Beverages, Breakfast, Meals and A-La-Carte.

4) The app will also separately display pre-booked food items for EC and CC classes in case of Shatabdi trains and 1A, 2A and 3A classes for Rajdhani and Duronto trains.

5) Also, food items for Sleeper class in Duronto trains and pre-booked food items for Gatiman and Tejas Express trains will be displayed. Menu is also given for trains that are running late.

6) In order to avoid any confusion on taxation, the rates of food items displayed on the app are inclusive of taxes.

7) The 'Menu on Rail' app can be downloaded through Google Play Store and it can be used by all Android as well as iOS smartphone users.

8) Other than using the 'Menu on Rail' app on smartphones, passengers can also use the app on their laptops or computers as a website version has also been made available for them.

9) The 'Menu on Rail' app will help create awareness among railway passengers about food items available on the train along with their prices. Also, passengers who have pre-booked their food items can know about the quantity of their meals.

10) In case of Mail as well as Express trains, the 'Menu on Rail' app will help in controlling the overcharging of food items served on trains.

Recently, Indian Railways issued a direction that passengers need not pay for food they purchase on trains, if no bill is issued by the vendor. Additonally, PoS (Point-Of-Sale) machines have been deployed in several trains.