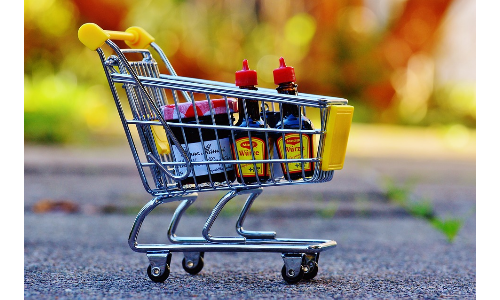 A petition is being circulated by India for safe Food (IFSF) asking the Food Safety and Standards Authority of India (FSSAI) to mention the details of pesticide and genetic modification on the labels of food products. The petition voices that it is an integral part of a citizens' right to safe food.

This comes after the Food Safety and Standards Authority of India (FSSAI) proposed that only products containing more than 5% GM ingredients will need to be labelled as GM. In a statement in 2015 over 300 scientists and lawmakers around the world stated that there is no scientific consensus on GM safety and more long-term tests for impact on health are required to be conducted.

The petition urges the FSSAI that the GM threshold for unintentional presence must to be kept at 0.01% only, citing that many other countries use a low threshold too. The health of the citizens' of the country is of primary importance and thus it is ironic that organic food products needs so many certifications but people who are putting pesticides in food products don't need to do any such thing while labeling.

Supreme Court of India, in the context of open air field trials, has laid down a condition of crop developer applicants having to submit validated test protocols with a 0.01% level of detection.

FSSAI CEO recently said that GM derived oils have negligible GM content and hence they won't be labelled as GM, whereas Ministry of Environment's has asked detail testing for GM presence in such oils. In addition, packaged food products are imported from other countries and sold openly in India mentioning it has GM ingredients. In the past few months, several complaints have been made to DGFT in Ministry of Commerce and FSSAI but no action has been taken.

GM food is currently coming to India from different sources illegally. One is as mentioned by Union Health Minister JP Nadda recently in Parliament, companies are illegally importing GM derived oils like Canola and Soyabean oil from multiple countries from many years.

GMO or Genetically modified organisms are a broad group of plants, animals, and bacteria that are engineered for a wide variety of applications ranging from agricultural production to scientific research.

Why is GMO harmful?

When a foreign gene is inserted in to the cell of an organism, it can disrupt the genome (gene sequence) in ways one can't predict. These unintended side-effects of genetic modification can be harmful to those who consume it, to those who grow it and also to the environment. They had stunted growth, impaired immune systems, potentially precancerous cell growth in the intestines, inflamed kidneys and lung tissue, less developed brain, enlarged livers, pancreases and intestines and higher blood sugar (India for safe food).

How to avoid GM?

One way that we can be GM free is being organic and consuming foods from organic farmers /retailers. However, to sustain it and to ensure that GMO contamination does not spread, we have to stop the environmental release of GMOs. The current attempt to introduce GM mustard would lead to the spread of the genetically modified genes into other mustard varieties. Therefore, all of us have to speak up and ensure that policy level intervention is brought in to keep our food, farming and environment GM-free.(India for safe food)