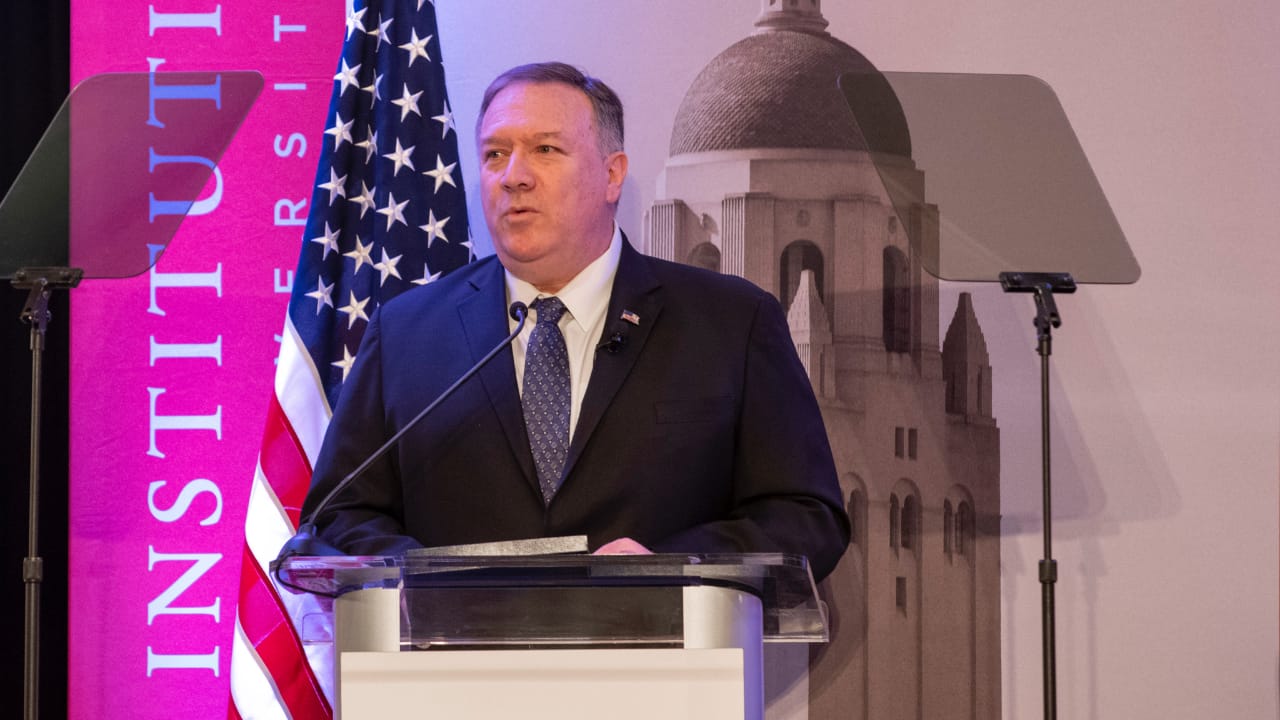 UNITED STATES. Washington, DC: On Jan. 12 with only six days remaining in the Trump presidency, US Secretary of State Mike Pompeo said, "Al-Qaeda has a new home base In Iran" at a press conference without showing any documents, nor did he take questions from journalists.

After Pompeo's claim, Islamic Republic of Iran Foreign Minister Javad Zarif tweeted, "Mr. 'we lie, cheat, steal' is pathetically ending his disastrous career with more warmongering lies. No one is fooled. All 9/11 terrorists came from Pompeo's favorite Middle East destinations; none from Iran."

Pompeo has no evidence to prove Iran/Al-Qaeda (AQ) relations. Such a partnership is very unlikely as Iran is a Shia majority state & Al-Qaeda is a Sunni Jihad group. They have contradictions in ideology.

Analysts say Pompeo made the demand at the end of his term in order to complicate the US nuclear deal with Iran.

Mubin Shaikh is a counter terrorism expert at Seneca College in Canada. In an interview with Democracy News Live, Shaikh said, "Pompeo's claim is taken from the political angle, so while he is actually correct, his intentions for saying so are held in suspicion and will not be acted upon. The US deals with Pakistan, and they know that Al-Qaeda members and others from Pakistani-backed groups enjoy some level of support yet they still deal with them. They will do the same with Iran."

There were reports that Abdullah Ahmed Abdullah, AQ's second-in-command had been assassinated on Nov. 7, 2020 in Tehran. The murder was purported to be committed by Israeli agents at the request of the United States. Iran has denied the allegations.

Shaikh said that AQ is not based in Iran but has enjoyed a relationship with Iran. They are united by their common enemy: the United States. AQ members have been hiding out in Iran for many years. In a public video, Hamza Bin Laden, who took the reins of AQ after his father was killed under the Obama administration, was married in Iran. He died in 2019.

Sarah Leah Whitson, Democracy for the New Arab Now (DAWN) Executive Director, said to Democracy News Live, "Secretary Pompeo's allegations of some kind of partnership between Al Qaeda and the government of Iran have little credibility and no facts to support them. While it's well known that Iran has held a number of Al Qaeda leaders under house arrest for many years and exchanged hostages with Al Qaeda, there's no evidence or information to substantiate the allegations that Secretary Pompeo has made. The United States has an unfortunate track record of fabricating claims about Al Qaeda's relationship with regional governments. The US did this in 2003, claiming that Saddam Hussein in Iraq supported Al Qaeda and had something to do with the 9/11 attacks, to justify invading Iraq."

On Jan. 13, Israeli Community Affairs Minister Tzachii Hanegbi said to Israeli media, "If the United States government rejoins the nuclear deal – and that seems to be the stated policy as of now – the practical result will be that Israel will again be alone against Iran."

Shaikh said, "The contract should be re-started. A nuclear arms race in the Middle East is not something the US can afford to have. Israel is now more constrained under Biden but that may also mean Israel feels untouchable enough to do something on their own. The 'peace treaties' with Gulf Arab countries [will] keep strangling Iran."

Shaikh also said, "I think Saudi Arabia would rather the US and Israel keep the pressure on Iran, but I think they will grudgingly allow the deal to go forward. At the same time, Saudi will support Israeli covert operations inside Iran by permitting flights over Saudi airspace and possibly even more than that from an intelligence agency perspective."

"There is no publicly available evidence that Saudi Arabia is supporting or financing Al Qaeda in Iran," said Whitson.