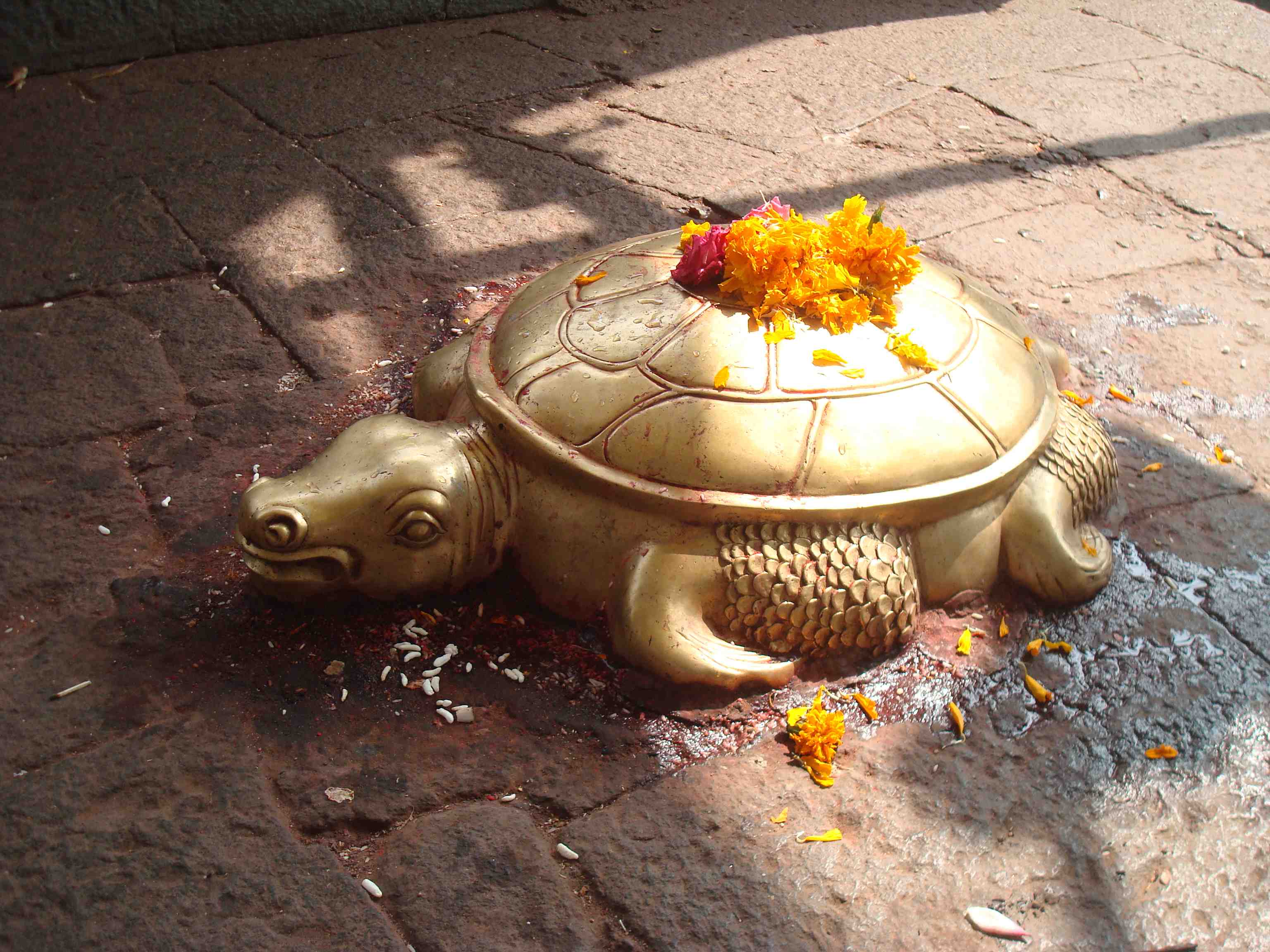 In Hindu mythology, turtles are called Kurma and considered the second avatar of god Vishnu. In this avatar, Kurma was responsible for bearing the Mount Mandara on his back. As the Devas and Asuras tried to churn the ocean of milk to regain immortality, their churning stick (Mount Mandara) started sinking. So, Lord Vishnu became the turtle Kurma and bore the mountain on his back until the churning was complete. In the end, Lord Vishnu himself tricked the Asuras out of the immortality potion, and the Devas instead regained their powers.

Because of the legend and the importance of this second avatar, Hindu mythology continues to believe that Kurma holds up the world. The turtle's body is literally the world: The earth is his lower shell, the sky and atmosphere are his bodies, and the heavens are his upper shell. This turtle sanctuary was notified in 2009 under the UPA regime but in 2018 the process was started to de-notify as the number of turtles found here is far less than those that were found earlier.

First sanctuary to be denotified

According to the United Nations Environment consultant Bahar Dutt, the state government has submitted a proposal to the Government of India asking for the "Kachhua sanctuary" in Varanasi to be 'denotified' following a meeting of the State Board of Wildlife of Uttar Pradesh on August 30, 2018.

The report further states that Conservator of Forest, an Indian Forest Service Officer asked the District Forest officer of Kashi who reports directly to him on September 5, 2018, to submit a proposal for denotification of the 'Kachhua wildlife sanctuary'.

When things move so quickly in India, it means there is a hand of the big boss involved in it.

In this case it is Indian PM Modi's pet project and the executing authority is Nitin Gadkari, the shipping and water resources minister. They want to turn this section of the river into a part of a 1,620-km long national waterways project funded jointly by the Centre and World Bank at an estimated cost of Rs. 5369.18 crore. The project proposes to build multi-modal terminals at Varanasi, Uttar Pradesh, Sahibganj, Bihar and Haldia in West Bengal. It will also involve roll-on roll-off (Ro-Ro) ferry passenger services. A series of thermal power plants are also being planned in Uttar Pradesh alongside the river that could be the main beneficiaries of the Ganga waterways programme.

Wildlife Report says 5 out of 13 Turtles or Kurma's found

It is surprising that a decision to denotify has been taken instead of bolstering efforts to conserve since clean 8 of the 13 species have been wiped out. The July 2018 report titled 'Assessment of the Wildlife Values of the Ganga River from Bijnor to Ballia including Turtle wildlife sanctuary (TWS), Uttar Pradesh', states that in a field survey conducted in the sanctuary "only five of the 13 species of turtles found in the Ganga were observed".

How will the turtles get killed?

The waterway will require deep dredging and that would have an impact on the river basin wildlife and ecology. A complete green assessment is required for this project. But there is no such initiative by the government. There will be an impact on the freshwater turtles, Gangetic dolphins and fish species.

The dredging will literally slice and dice many of the river wildlife. The impact of the pollution of the waterway is something that is likely to endanger drinking water supply of the nearby communities. With this initiative, only industries gain who will be able to ship heavy good in a far more efficient manner.

Many are criticising the project and saying that though it may ease traffic on the roads but it is going to create chaos. What the government is doing is finding ways to spend new money and not leveraging what they already have, that is the railways, a far cleaner way of transportation and with a much lesser environment impact. Most nations built their waterways in the last century when water did not seem like a challenge, but in today's time, water is going to be the next biggest crisis. The government plans to bulldoze the project without proper environment assessment is a bit foolhardy.