The myth of artistic immunity

Almost as old as the Indian democracy is the Censor Board of Film Certification, still trying to establish its free will? Is every autonomous body succumbing to the pressure of the political parties or biased public opinion? Is artistic immunity only a namesake? Is every issue in 2019 a precursor to the big elections? 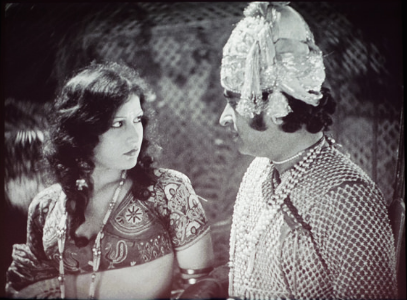 The controversy around 'The Accidental Prime Minister' is nothing new, we have witnessed this before, especially contextual is Raajneeti, Bollywood motion picture '2010, released after some controversies regarding similarities between real-life and reel-life characters. And while this was a recent development, controversy has been a boiling constant from the ever so distant past.

Culture preservation or marketing gimmick
When the British government had imposed a ban in its own country on nudity and showing the face of Lord Christ, in India it passed a censorship rule under the Cinemautograph Act of 1917 setting up censor boards in big cities to keep check on films exhibited in India. They feared that exposing the semi-educated or non-educated masses of India to the Western culture painted in American films would be a culture shock. The truth was that the American films were flooding the country and their own business was being affected which was not in interest of this 'nation of shopkeepers'.

India objected to this dual and arbitrariness of allowing a film to be exhibited in one region and putting a total ban on the same film in another region or then allowing its screening after it was brutally censored. Broadly, the rule was to block 'rape, nudity and prostitution' but the censor board had an ulterior and explicit motive, that of keeping a sharp and censorious eye on anything of political nature that went against the British government.

Sometimes very disconcerting situations arose. For instance, Bhakat Vidur (1921) got stuck up as its hero bore resemblance to Gandhiji. The film 'Wrath' (1930) suffered the same fate except that in this case, it was not hero but another actor.

Another film, Bandematram Ashram ('27) which highlighted the defective educational policies of the British government, was also banned. After the WW II, even the oblique references to Gandhiji's or Nehru's policies were cut. The decisions were largely based on political whims and fancies. Ban on rape, nudity, prostitution etc. may seem acceptable, but ban on raising of ghagras (skirts) above knee length is insane.

Censorship was vocal even in the silent era
The right to decide exhibitable and non-exhibitable films then rested, strangely, with the commissioner of police whose sole criterion was to ensure that the film did not contain anything objectionable politically. The films of Hollywood had their effect on Indian movies of silent era. Inspired by the frequently kissing, intimacy, and liberal exposure of female body, in one of the Indian films of that era, Lalita Pawar (who would have thought) could be seen kissing the hero uninhibitedly. Madan theatres of Calcutta produced, Pati Patni (1922), where the entire female case wore revealing dresses that were later considered improper, a case of delayed reflection. In 'A Throw of Dice', Charu Roy had planted kisses on the lips of Sita Devi, the female lead. Was it affected by American films too?

Immorality – a stance of times
It is generally believed that the viewers and their leaders of that time did not find anything immoral in those films and the entire family could sit through the film unembarrassed unlike today where they aren't worth a family fare. To continue, during the days of freedom struggle, the 'charkha' (spinning wheel) became a political symbol of the Congress party; hence no actor was permitted to work in it. Even the pictures of Gandhi and Nehru angered the British government. But the patriotic spirit always found ways and means.

Once when the censor board raised an objection to the title of the film 'Swaraj Toran', mainly objecting to the word 'swaraj' which means 'self-government', it was released under the title of Udaikaal but not before the film was subjected to a lot of cuts and higgle-haggle.

Similarly, 'Mahatma', of Prabhat Studio, was released by changing the title to 'Dharmatma'. The Board found the word 'Mahatma' synonymous with Gandhiji. Also, the poet and lyricist Pradeep, very cleverly added the words 'German ho ya Japani' in the song 'Door hato...' (Kismat- '43). They also devised devious ways to get the film approved by another regional board in the event of not getting a certificate from the first board.

The bigotry continued as we witnessed the uproar in Punjab and the resultant mutilated version of 'Udta Punjab' in 2016, and the absolute pandemonium in Rajasthan on 'Padmavat' in 2018. Is Jhansi waiting to explode when 'Manikarnika' airs?