Satire: Raghuram Rajan, you should learn economics from Rajiv Kumar 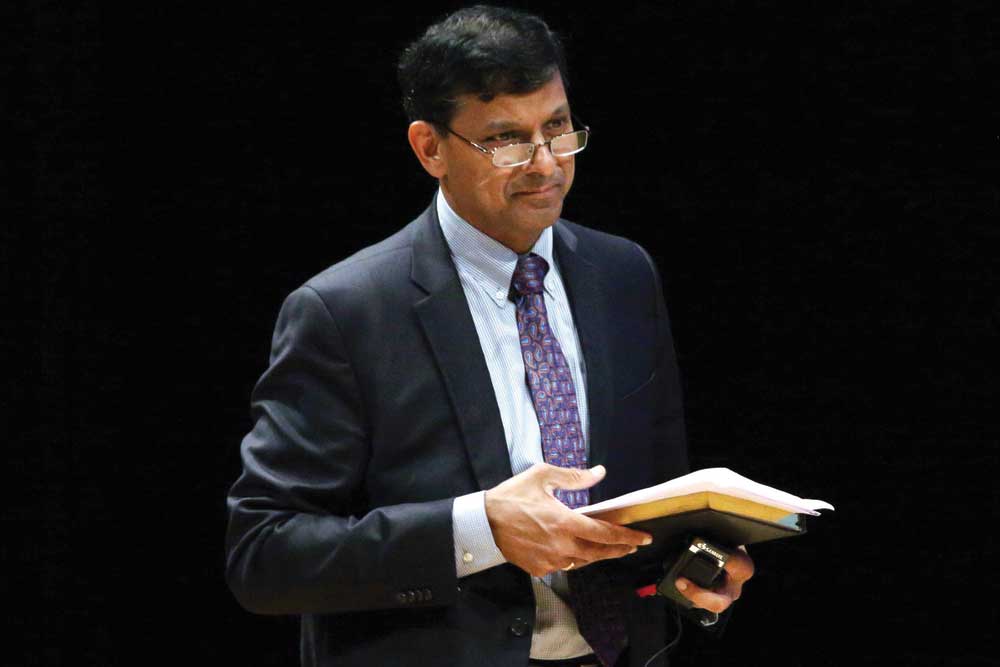 Rajiv Kumar is the Vice-Chairman of Niti Aayog. He said the Non Performing Assets (bad debts) of the banks rose from Rs. 4 lakh crore to Rs 10.5 lakh crore by mid-2017. This is due to the revised accounting mechanics of Dr. Raghuram Rajan, the former governor of Reserve Bank of India. And the Vice- chairman says that due to this revision, the banks are unwilling to give loans to businesses thus impacting Indian industries.

What Rajiv Kumar is suggesting is that the old way of keeping your eyes closed was a much better strategy. We could keep giving bad loans out to sick companies and we would not identify them. Then, this deceit would have gone on for long making India's economy grow leaps and bounds.

Rajiv Kumar also rubbished the financial scientific analysis of Dr. Raghuram Rajan that India's economy had suffered due to demonetisation.

Rajan had earlier said that he had made it quite clear to the government that the demonetisation was "not a good idea" and that its implementation was "not well-planned" since 87.5 per cent of the currency was being demonetised.

Rajiv Kumar is an economist in his own right. He has done his PhD from Lucknow University and he has a complete understanding of his Prime Minister's plans as he has written a book on Modi & His Challenges (2016). So with so much critical thinking behind his writings, he believes he is qualified to rubbish Rajan's understanding of economics and claims that Rajan is unqualified to comment on the advanced economy like India.

Prof. Rajan with his PH.d. from Massachusetts Institute of Technology needs a little better understanding of economics. In his career he served as the Chief Economist at the International Monetary Fund from 2003 to 2007, but obviously, that is no great feat as Prof. Rajiv Kumar served as Chief Economist, Confederation of India Industries (CII, 2004-2006).