Even though the opposition knows that it does not have the majority to pass the No confidence motion, they will still table it in the Parliament to highlight several issues. 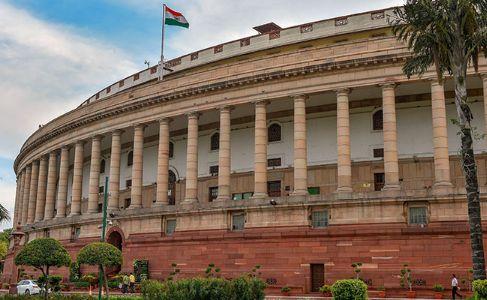 Around 12 opposition parties held a meeting on Monday July 16, where they agreed for collectively bringing a vote of no-confidence against the Modi government in the ongoing Monsoon Session. The motion was brought on Tuesday, and accepted on Wednesday, and shall go for vote on Friday next, as noted by Lok Sabha Speaker, Sumitra Mahajan. The opposition parties are demanding grant of special status to Andhra Pradesh, apart from raising the failures of the government on issues such as lynching, atrocities against women and Dalits, dilution of a law meant for SCs, attempts to abolish reservation policy, the falling value of the Rupee, unemployment, farmers distress, alleged tampering of EVMs, the situation in Jammu and Kashmir, and the government's foreign policy.

Apart from Congress, the most vocal among all parties to bring forth the No Confidence Motion has been the Telegu Desam Party, which tried but failed to bring this in the last Lok Sabha session as well. As a former NDA ally, the TDP is well aware that barring any major twist in the next couple of days, the no-confidence motion is unlikely to endanger the Narendra Modi government. And yet, it is celebrating the acceptance of its motion by Speaker Sumitra Mahajan as a success. Kesineni Srinivas, the TDP parliamentarian who moved the motion, told that the trust vote is less about testing the strength of the BJP government and more about bringing to the fore its failures.

Motion of No Confidence Re-visited:

In India, a motion of no confidence can be introduced only in the Lok Sabha (the lower house of the Parliament of India). The motion is admitted for discussion when a minimum of 50 members of the house support the motion. If the motion carries, the House debates and votes on the motion. If a majority of the members of the house vote in favour of the motion, the motion is passed and the Government is bound to vacate the office. Acharya Kripalani moved the first-ever no confidence motion on the floor of the Lok Sabha in August 1963, immediately after the disastrous India–China War. As of July 2018, 26 no-confidence motions have been moved.

Prime Minister Indira Gandhi faced the most number of no-confidence motions – 15 times, followed by Lal Bahadur Shastri and Narasimha Rao (thrice each), Morarji Desai (twice) and Jawahar Lal Nehru, Rajiv Gandhi, Atal Bihari Vajpayee and now Narendra Modi (once each). All the no-confidence motions have been defeated except when Prime Minister Morarji Desai resigned during the discussions on 12 July 1979 and no-confidence motion against Narendra Modi's (BJP) government is accepted by the Lok Sabha speaker, but yet to be reviewed (will be taken to consideration on Friday 20th July 2018).

In the present case, if the opposition parties could prove their majority in the House, the Modi government will fall. However, the government expects to get the support of at least 314 MPs in the Lok Sabha which has an effective strength of 535 members. The government needs the vote of only 268 members to defeat the motion. So win for NDA is guaranteed.

Even if all BJP members, minus all allies, vote against the motion, which they are now bound to by dint of anti-defection law and whip of the ruling party, the government survives.

Why this No Confidence Motion? The Congress Rationale:

But the motion will give a clear picture about the position of the disgruntled NDA allies, like Shiv Sena and to an extent Janata Dal (United). It will also give the position of parties like Biju Janata Dal and Telengana Rashtra Samiti, who have largely maintained a middle path between NDA and the Opposition. Both Congress and BJP need to know the positions of these parties during the debate and the final voting to strategise on alliances for the ensuing Lok Sabha polls, as both sides need an alliance to make the winning cut.

Congress desperately needs to stitch a united opposition front to combat the war chest and election machinery including the cyber army of the BJP. An opposition alliance is not just political, it is also a social alliance as each regional opposition party brings with it a few specific castes or linguistic groups to the table together. The No Confidence Motion debate, issues raised, and the voting will give cues of the scope and size of this alliance, without which no single opposition party can stand the current enormity of BJP ruling India and 20 other states of the nation.

TDP tried bringing in the motion in the last session and failed amidst din in the Lok Sabha. Telengana was carved out of erstwhile Andhra Pradesh based also on the promise of a special status to the truncated Andhra and a generous fund to help build its capital city Amravati, and compensate the loss of revenue from the commercially thriving erstwhile capital city Hyderabad, which has gone to Telengana. TDP joined the NDA precisely on this promise, and stood firm behind the government decisions of demonetization and current GST regime then, which it opposes now.

The Modi government has not fulfilled on this promise, and it is being pursued as a failure of Chandrababu Naidu within his electorate. So, to ameliorate his electoral fortunes in a state which faces assembly polls in less than a year from now, the TDP Supremo has a strong rationale to up the antenna against Modi government claiming moral high in his fight for special status for Andhra.

A former minister of Vajpayee government of the NDA and rebel BJP leader Yashwant Sinha had launched a new political outfit National Forum in early 2018 to expose the crime and corruption in the government headed by Prime Minister Narendra Modi. Distressed politicians from BJP (including an actor-turned-politician Shatrughan Sinha) as well as opposition parties had sent their senior emissaries to be members of this Forum. Although it is positioned as a non-political group, it noted that it would campaign against Modi government with the aim to defeat Modi and his party BJP in the 2019 Lok Sabha election.

The Forum had organized several meets of the opposition leaders and has paved the way of a united opposition force evolving today.

The BJP failed to win in Karnataka in last assembly polls in spite of being the largest party, while the second largest party Congress (but with a greater vote share than BJP) came around to support the leader of the third force Janata Dal (Secular) to form the government. The JDS-Cong government was ushered in with a lot of fanfare and in the presence of opposition leaders of 16 parties of India in its oath-taking. This kicked off the second major development in increasing the index of opposition unity.

The coming together of Samajwadi Party, Bahujan Samaj Party and Rashtriya Lok Dal in Uttar Pradesh, ensuring victory of the joint opposition candidates in Phulpur, Gorakhpur and Kairana by-elections for the Lok Sabha, was the third major landmark in this rising index.

And, now the Opposition wants to make the closing of arms by all the opposition parties (may be with support from some fence-sitters and perhaps at least of one of the allies of NDA) during the No Confidence motion debate and voting as the next and most visible landmark before a formally constituted United Opposition front takes shape. And this is irrespective of the No Confidence results. The Opposition just wants to use the opportunity to highlight before the nation what they call as all round failure of the government to fulfil its promises and stop the nation from sliding into more rapes, lynches, falling rupee and joblessness.