The budget confuses and fools in the Indian middle class. 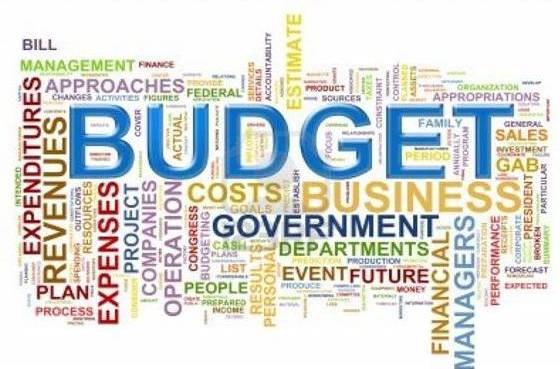 All budgets are political. And so was this one. But, there was a sense of urgency with this budget in lieu of coming assembly elections this year and the general elections next year. Also, it is the last budget by the present government. Therefore, there was a lot of emphasis on new schemes and policies and I can definitely say it was one of the budgets which tried to touch every aspect of the economy.

I am disappointed with this budget. However, let me start with my few 'aha' moments from this budget. According to the announcement, the Minimum Support Price (MSP) for the farmers would be now 1.5 times the cost of production. And the second major step is in the health sector with 500 million people getting a coverage of up to Rs 5 lakh.

But my 'aha' moment flattened when I looked at the past performance of the present government. The finance minister, Mr Arun Jaitley announced during his budget speech that, 'this government has been paying 1.5 times the cost price of rabi crops and would do the same now for kharif. However, according to the website of Food Corporation of India, the cost of production for farmers is around Rs. 2345 and the government just paid Rs 1525 in 2016-2017 and 1625 in 2017- 2018 for the rabi.
And the health insurance reminds me of the other great promises from this government like 'Swachch Bharat Mission' and 'Make in India' that have not resulted in any ground breaking changes in India. Impact of Demonetization and GST on the Indian economy were shoved under the carpet. While both these policies were implemented from the view that they would be able to garnish more revenues from the corporates and pass on that increase to the salaried people, but nothing of this has happened. The salaried class is being taxed more.
Confuse the middleman: The second biggest sham of this budget was the 'Re-Introduction of standard Deduction'. The moment you remove the existing annual transport allowance of Rs 19,200 and Rs 15000 medical reimbursement, the net benefit left with the people is just Rs 5800.
Moreover, it would also depend on your tax bracket. The saving in tax would be Rs 290 for those currently paying 5% tax on their income; Rs 1160 for those paying 20% tax on the income; and Rs 1740 for those paying 30% tax on the income.
However, these savings would be nullified in most cases, except in the case of income up to Rs 5 lakh, due to increase in the cess payable from current 3% to 4%. Hence, the individuals with income above Rs 5 lakh would end up shelling out more tax after taking into account the standard deduction, the removal of the allowances and the increase in cess.
So why to introduce Standard Deduction?
No Change in Income Tax Slabs:
We all have been given a promise of 'Acche Din' and tt was much desired to increase the tax slab of 5% from current 5 lakh to 10 lakh. However, Mr Finance Minister thought to leave the tax slabs as the last year and therefore, there is no change in the tax slabs as well.
Reintroduction of LTCG:
It was expected to be reintroduced, however, the market believed it would either come with the removal of Securities Service tax or they will change the definition of long-term from one year to either two years or three years.
Yet, FM, introduced the LTCG of 10% of any again above one lakh which will deter the entry of lots of new investors, as now their returns would also need to stipulate the 10% tax before calculating their returns.
I will end my complaints with this budget with something I read on twitter:
Since birth, I have seen two types of budget!!
1. Bad Budget and nothing for the middle class!
2. Good Budget but nothing for middle class! #Budget2018 Courtesy @pokershash
Tags :budget   , india   , arun jaitely   , finance minister   , middle class   , taxes   , standard deduction   , stock markets
Follow

He has a vast experience of working with grassroots organizations. He had been associated with few of them from their initial phases and has helped them grow. He also has a vast experience of teaching students, training the teachers and trainers. He is a person who is keenly interested in Finance, Social Entrepreneurship, Education and health-related Initiatives. He did his M.B.A. from D.C.E. and has got more than 6 years of experience of working in the education field. He has been invited by FMS, DCE and various other organizations to talk about his ventures and his experiences. His vision is to become a connector and helping people to reach their potential. He loves to write about Finance, education, and topics related to staying fit. He also maintains his own website by the name of Niveshgyaan. Here's the link to the same: https://www.niveshgyaan.in He can be reached at prashant@niveshgyaan.in