Kerala wicket-keeper & batsman was dropped from the squad, his replacement hasn't been named yet 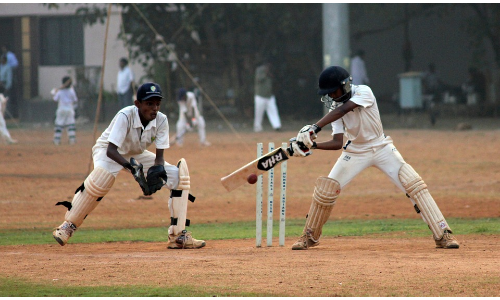 Wicket-keeper batsman Sanju Samson from Kerala had a great run during IPL 2018. Pic for representational purpose only.

Continuing with his streak of unpredictable performances, wicket-keeper batsman Sanju Samson from Kerala was dropped from India 'A' team for the England tour after failing the Yo-Yo test. This disappointment comes after the youngster had a great run at the IPL 2018.

The Shreyas Iyer-led India A left for London on Sunday but Samson wasn't onboard after a low score in Yo-Yo test, which according to the Mumbai Mirror was below the required 16.1 mark. The call was taken by the Board of Control for Cricket in India (BCCI) and his replacement is yet to be named.

The India 'A' squad, under the tutelage of Rahul Dravid who has also been a strong supporter of Samson, is all set to take part in a triangular series with hosts England Lions and the West Indies 'A', beginning with an ODI from June 22.

India 'A' team, led by Karun Nair, is also slated to play a four-day Test against England A from July 16 to 19 over and above a few three-day games against county sides.