Climate is changing, water level is rising, natural disasters are more mercurial than ever, but are we equally guilty for this environmental crisis? In an Orwellian world, if some equals can be more equal than others, can’t some nations be more responsible than others? 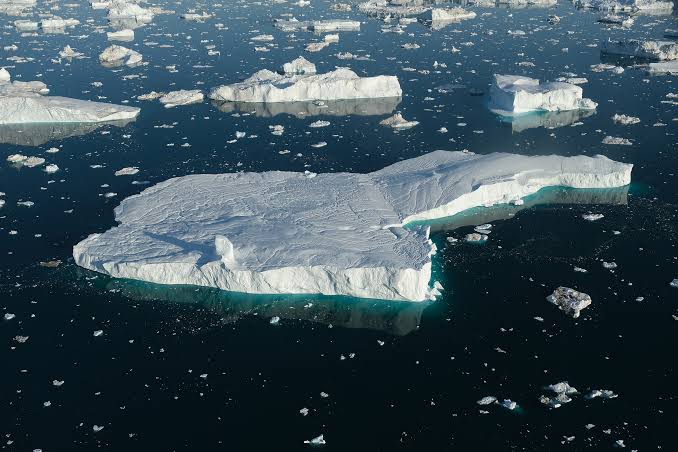 'How dare you…', a 16-year-old activist from Sweden, Greta Thunberg, has finally dared to question the Big Brothers of the world at the recently concluded United Nation Climate Action Summit in New York. But can we really put the onus of our destructive actions evenly on all the nations? Can a Greta represent the evils of humanity's interaction with nature in its entirety? In an Orwellian world, if some equals can be more equal than others, can't some nations be more responsible than others?

Standing at the crossroads of the changing dynamics of the politics of climate change, we as global citizens have been forced to analyze the prospects of the implementation of the Paris agreement, 2016. The Paris agreement signed with much euphoria is one of the foremost initiatives that addresses the neo-colonial, historical responsibilities of the developed world vis a vis the colonially exploited geographic-demography of the developing world. It does not come as a surprise that most of the developed nations have been trying to restrict the actions to the papers. On the other hand, due to their location on the world map as well as their technological and financial inferiority, the developing nations are bearing the brunt of both, the climatic catastrophe and the agreements. It is important to realize that the Nature doesn't analyze laws, historical damage, economic and technological capabilities, carbon footprint, and greenhouse gas emission statistics before unleashing its wrath. Therefore, it becomes relevant to understand the disparities between the developed and developing nations vis-a-vis their culpability, responsibility and ability to save the environment.

Developed Nations: Are they doing enough?

According to the International Energy Agency, USA consumes more than 20 million barrels of oil per day, followed by the European Union with 15 million barrels. Besides the two long term goals of the Paris Agreement namely, to limit the global average temperature rise; and to increase the ability to adapt to climate impacts, a third goal demands public funding from developed nations to developing countries for implementation of the first two goals. But according to the report of the standing committee on finance of UNFCCC (2018), the finance flow from the developed world (in 2016) was "around US$38 billion which is less than 40% of the US$ 100 billion target of climate finance."

Most of the developed countries are not acting in accordance with their capabilities. They have not bothered even to reduce their emissions, let alone provide resources or share eco-friendly technology at cheaper prices. The capitalist structures of these developed nations are hell bent upon receiving supply driven incentives in the most polluting sectors like thermal power plants, hydro power plants etc to encash the markets of the developing nations, obliterating many indigenous tribes in countries like Australia, India, etc. The compensations to such victims have been heavily laden onto the governments of the nation against the WTO norms. It is alarming to realise that the international Organisations set up to bring about a global accountability structure and channels to address issues of international concern have been misused to set about the reign of order rather than egalitarian reign of rules.Another report highlights how the richest 10% of the world are responsible for almost half of the total lifestyle consumption emissions. And then there is Donald Trump, who questions climate science and has challenged every major US regulation aimed at combating climate change. Developing Nations: Can they do more?

A South East Asian nation's president cannot bluntly say climate change is not real while the nation's major cities are enveloped with smog for half of the year and its coastal areas go about sinking into the sea. The Indian initiative of International Solar Alliance is inevitable in the scenario of the predicted soil dry up in the equatorial regions, especially the Amazon rainforests. The recent fire in the Amazon forest is the primary characteristic of where this could lead to. With the Hindu Kush glaciers heating up to melt 60% of its ice by 2100, the smaller buffer states of the South East Asia region would be the most affected despite their lowest carbon footprint averages. Regardless of the increasing use of renewable sources of energy, the developing nations cannot let go off the devils of their unskilled, demand driven huge populations. The Caribbean Islands loaded with Asian immigrants would be the first to face the rising ocean levels along with the Islands of Asia despite their contribution to global warming being minimal compared to the most polluting top six countries. Also, it is imperative to understand that the cost of operations of environmental services result in a financial distress that the people of the developing nations are in no state to pay off and the nations in no state to compensate. Environmentally aware lifestyle is a behavioural change that poor Nations cannot afford. to enumerate, the farmers of poor nations earning meagre incomes with less land cannot afford to spend more on combine harvest machines with super straw management system or other such advanced and evolved technologies adding to their cost of production. The farmers of developed nation on the other hand, are technologically and financially well equipped to initiate such behavioural and technological adaptations.

What will happen now?

The climate change may not be hitting the populations of the developed world with the privilege of their geographically advantaged positioning, but it has been killing innumerous people in the disadvantaged developing and underdeveloped nations. The rise in sea levels, the melting glaciers, dried up rural and suburban aquifers, flooded urban infrastructure failures are the reality that the policies and fiscal deficits of these nations are unable to confront. Should the population of the underdeveloped buffer states that have created negligible levels of global warming swim through the melting glaciers of the Hindu Kush and stand at the doorsteps of the developed nations as their unwelcomed, environmental refugees to demand action? Would they then react to the pictures of floating babies and missing species? Or misinterpreting theories of huge population of developing nations resulting in more global pollution save the earth by wiping the excess populations out?