Report News
Home > Editorial > Voice of the People > Cancer and Cannabis: my mother's rencounter with bhaang

Cancer and Cannabis: my mother's rencounter with bhaang

Cannabis is widely thought to have properties which can fight deadly diseases like cancer. The story evolves in Mathura, a pilgrimage site, where a housewife uses cannabis to fight her cancer. 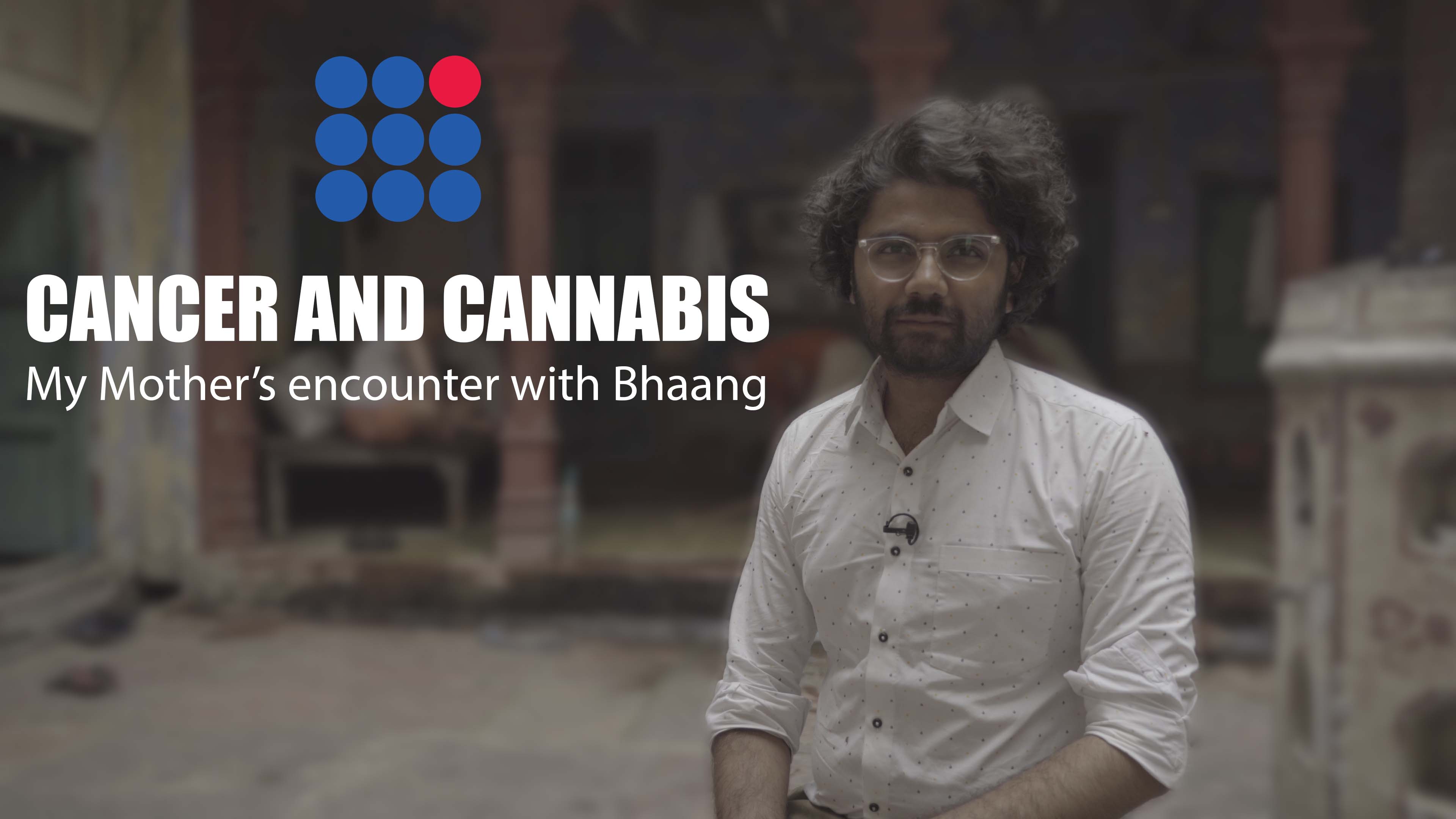 The reverence which cannabis has in India's history and culture could be summed by the adjective given to it in ancient relics. Ayurveda, which elaborates the ancient Indian medical system, calls cannabis 'Vijaya' which means the conqueror. Considering the potential cannabis packs in itself, this adjective seems apt.

This story tessellates my mother's tete-a-tete with cancer and cannabis. Karuna Pandya got diagnosed with a cancerous lump in her breast at the age of 47, which eventually resulted in a mastectomy. There is something which only a cancer patient knows, the excruciating pain cancer and its treatment which involves chemotherapy. Chemotherapy, a.k.a. chemo is a process where fast-developing cells are destroyed, mostly cancerous, but ends up making the entire body vulnerable to many forms of avoidable pain and sufferings. My mother was not unique and had to pass through the same with repeated agony, involving vomits, cramps, muscles spasms, acidity, diarrhoea and a worsened menopause. Simultaneously!

As an Indian saying goes – a woman takes care of an entire family but an entire family cannot do enough when she needs care. Our mostly males' household only had limited support for her as most internal sufferings were alien to me, my father and my brother. Our family has always been exposed to bhaang in its ceremonial form. The festival of Holi is considered the guilt-free day to try bhang for one and all. Bhaang, a local custom to Mathura where my mother lives, is a paste made of cannabis leaves after they are washed, soaked and boiled properly. The locals use a flat mortar to derive a fine paste which could then be mixed with milk or fruit-based drinks. My mother's experiences with Bhaang unlocked a great deal of relaxation from her ordeal. On a relative's recommendation, she agreed to explore the medicinal properties of cannabis in the form of Bhaang.

According to my mother, " …its not only about cancer; (but) almost every disease which makes a patient survive painfully, and if the patient decides to take some Bhaang, he would feel the benefits." After she tried it for the first time as a medicine, she started experiencing monumental changes in her suffering and her behaviour. "I could sleep well," she says, having an erratic sleeping pattern made her anxious and restless insomniac. Bhaang triggered sleep organically unlike most other chemical drugs with harmful side effects. Bhaang also triggered her appetite, she exclaimed, "My appetite was back to being normal, I could feel the hunger which initially I had almost lost, and could eat whatever the doctors prescribed to me." Doesn't this ring a bell in our heads? Bhaang puts one to bed, makes one hungry and gives mental relief; all of which are essential for a patient to get well. Then why is medical science not vouching for it?

Cannabis is medically tested to have properties which are needed to cure diseases like cancer, diabetes, hypertension, Alzheimer's and a multitude of stringent diseases. Dr Sameer Kaul, one of India's top oncologists, believes that cannabis offers relief from the "chronic effects of cancer like muscle spasms, sleeplessness, extreme anxiety, depression" amongst of its many other symptoms. It fights antibodies, maintains blood pressure & sugar levels, and relaxes nerves and pain receptors. However, the legal conundrum which cannabis finds itself in India makes it harder for the researchers and medics to realize the full potential of it. Throughout India, cannabis is classed as a Scheduled drug under the Narcotics Drugs and Psychotropic Substances Act, 1985. However, some states have taken autonomy to safeguard their millennia-old customs. States like Uttar Pradesh have tighter control on Charas and Ganja which are the resin and the flower bud of the cannabis plant but allow bhaang which is the leafy part of it, purely because the concentration of Tetrahydrocannabinol (THC) in the earlier parts is much higher than the leaves. THC is a compound which gives the said high after consumption. There have been a few 'talks' where the government has agreed to consider legalizing cannabis provided the levels of THC are monitored and kept within the safe limit, but the bigger concern here is the potential misuse of the drug, and because of it we Indians are shying away from an absolutely phenomenal remedy, which is cheaper, widely available and harmless, for most of our deadly painful diseases.