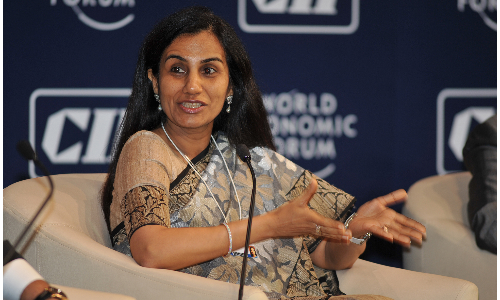 In a report filed by the news agency Mint, sources have claimed that the Securities and Exchange Board of India (Sebi) has powers to impose a penalty but can't ask ICICI Bank Ltd chief executive Chanda Kochhar to step down even if she and the bank is found to be guilty of wrongdoing.

As per the Sebi rules, a maximum penalty of ₹25 crore or three times the ill-gotten gains can be levied. "Only a financial penalty can be levied as under the current notice, there is no provision for asking the CEO to step down," said the first of the two executives, on the condition of anonymity.

The case against Kochhar is clearly one of conflict of interest. On 24 May, Sebi sent a notice to ICICI Bank and Kochhar, seeking clarification with regard to disclosure of price-sensitive information from the bank and the CEO allegedly not abiding by the bank's code of conduct.

"The show cause to Chanda Kochhar alleges that she did not adhere to the bank's code of conduct as far as making disclosures... Considering that the CEO's husband (Deepak Kochhar) had a partnership with a firm owned by the promoter (Venugopal Dhoot) of Videocon group, and some of the group's companies in turn secured loans from the bank, these disclosures should have been made as part of Sebi's rules on LODR (Listing Obligations and Disclosure Requirements)," said the second executive.