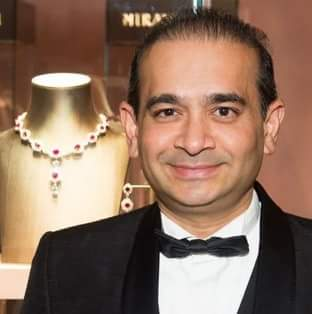 The International Criminal Police Organization (Interpol) issued a red corner notice against Indian diamantaire Nirav Modi who is involved in connection with $2 billion-plus laundering case. The international agency has ordered to find and arrest him.

According to Reuters, federal police last month asked Interpol to issue a red notice to locate Modi, who has been charged in relation to India's biggest banking fraud.

Nirav Modi, his wife Ami Modi, a US citizen, brother Nishal Modi, a Belgian citizen, and his uncle Mehul Choksi left the country in the first week of January, weeks before Punjab National Bank Scam, one of the biggest banking scams of the country was released. All four of them are accused in the CBI FIRs in the money laundering case.

According to officials, the Enforcement Directorate (ED) had moved a special court in Mumbai, seeking extradition of diamond jeweller Nirav Modi in connection with a money laundering case related to the $2 billion Punjab National Bank (PNB) loan fraud.(TOI)

An Interpol notice is an international alert circulated by Interpol to communicate information about crimes, criminals, and threats from police in a member state (or an authorised international entity) to their counterparts around the world.

Nirav Modi, an Indian diamantaire is accused of looting the State-Punjab National Bank through fraudulent issuance of Letters of Undertaking and Foreign Letters of Credit worth over USD 2 billion (about Rs 13,000 crore).