Manufacturing output, which has a 78% contribution to the index, in the month of April rose 5.2% 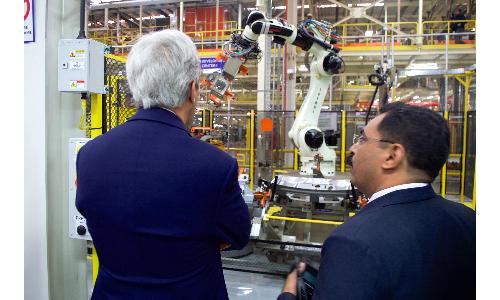 Data showed that manufacturing sector had a growth of 5.2% in April, up from 2.9% last year same month. Pic for representational purpose only.

In a major cheer for the industrial sector of India, April 2018 has brought some good news. The news agency PTI reports that industrial output expanded by 4.9% in the month, which got a boost from higher growth in manufacturing and mining sectors.

The Index of Industrial Production (IIP) had pegged the industrial growth at 3.2% in April last year.

In March 2018, industrial production had grown at 4.4%. Data by the Central Statistics Office (CSO) says that the manufacturing sector, which constitute more than 77% of the index, showed a growth of 5.2% in April, up from 2.9% last year same month, the PTI reports.