Report News
Home > Entertainment > Uri – If a movie were a feeling

Uri – If a movie were a feeling 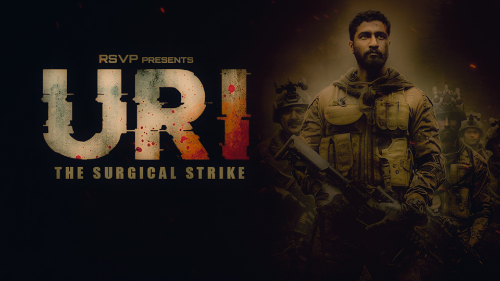 Rightly timed for release on the eve of Army Day, the movie inspires awe and several other inexplicable feelings like patriotism, like belonging, like admiration, like adulation. When I was asked to review 'Uri - A Surgical Strike', my first reaction was that I'd love to but later, post watching it I began to realize how much of a task it is to critique 'a feeling' and not just a movie.

This one indeed is a feeling, a strong emotion which needs to be internalized and experienced more than being merely watched. To share the good and the not so good, or the right and the wrong of this poses a challenge, however my "josh" makes me want to take a shot at it.

The subject is far from the entertainment value that a movie promises to bring about and here's hoping that the audience did not raise that expectation in the first place. Being a sibling to an armed forces officer and experiencing the "living on the edge" life over last two decades has surely helped me comprehend the hard subject and its reality.

'Uri' has been perfectly scripted, with a brilliant screenplay, phenomenally edited and flawlessly directed. The smallest of nuances from the uniform to all gadgets used have been kept intact to make the experience real instead of larger than life.

Unarguably larger than life
However, what unarguably is truly larger than life is what the army officers effortlessly do for the nation and its people. Worthy of applaud is another unconventional kid on the block, Vicky Kaushal, who has not only done justice to all the roles he has essayed so far but this one marks his transformation from being just a great actor to an actual star, 'Kaushal' (skilled) in what he does.

Yami not only looks pretty but also plays her role well though it is a brief one but integral to the script. To disappoint some, there is no romantic pairing of this couple onscreen. Every last actor looks convincing, even a 'little girl' and her impassioned war-cry is going to move you all for sure. The film does leave you with a heavy heart for all the bloodshed but while the recent years have been replete with reality based movies, this one fighting insurgency and terrorism was but imperative.

What better day than today to release this to the viewers. Jai Hind may not have been my thing yet 'Uri' is that league of films which will stir up patriotism with conviction.