"Aranyak - Of the Jungle"

“Aranyak” is derived from Bengali epics which literally means “of the forest”. 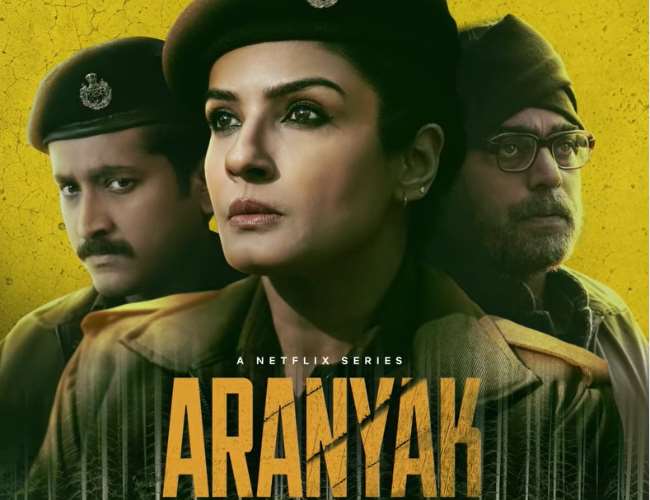 "Aranyak" is derived from Bengali epics which literally means "of the forest".

Now that we nailed the basics let me begin by stating the obvious that there's a whole lot of jungle/forest feels to this enormously gripping and unprecedented tale of a serial murder mystery which will keep the audience so engaged and engrossed that I bet you won't be able to resist the urge of finishing the Season 1 at the earliest.

Edge of the seat suspense, brilliant editing, backed by a flawless screenplay and solid characterisation of each of the lead protagonists - Kasturi played by the bold Raveena Tandon and Angad Malik by the very talented Bong actor Parambrata Chattopadhyay. Both have left an indelible mark and have acted par excellence mostly leaving us audiences craving for more - season 2 soonest. Everyone else too plays their roles convincingly especially, constable Saab and Kasturi's father-in-law, played by Ashutosh Rana. The background score adds to the mysteriousness.

The unexpected and unpredictable twists and turns through the episodes will not disappoint anyone and yet the pace of the series never dropped, rather it is one of the unique things about this series. Crime thrillers have the tendency to stagnate just as soon as the plot begins to unfold, Aranyak only captivates more post the first two episodes. Tempted to do a deep dive the plot however would not do that so that anyone who watches is able to relate to this description of why a lot of it is better left unsaid.

Aranyak is already doing the rounds and getting the much-deserved accolades and appreciation across OTT forums.

After quite some time some great content for a purely Indian series has come through much to an international standard. Go watch if you still haven't and get enthralled.