The government must tread carefully on economic reform post the elections 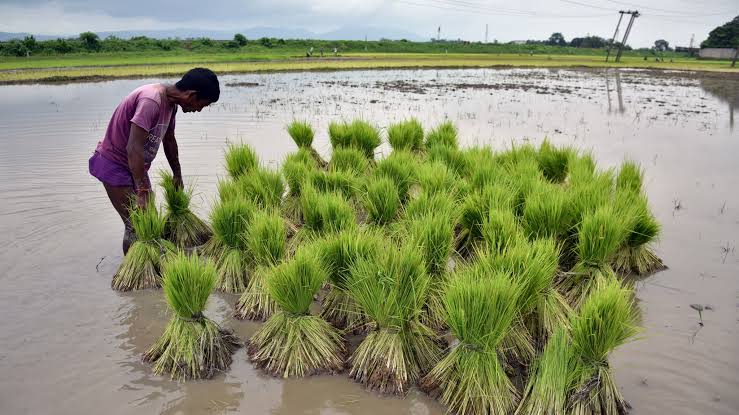 The PM has asked the State Chief Ministers to make India a $5 trillion economy from the $3 trillion economy that it is today. A content analysis on economic policy in three leading newspapers namely Times of India, The Hindu and Deccan Herald in the post-election scenario done by me suggests that economists are raring to go to put into practice "structural reforms" in the economy. Briefly, there are two divergent viewpoints on how this can be achieved which I will elaborate below.

All the writers are agreed that economic reforms are the need of the hour and must be speedily undertaken by the government if the GDP is to be raised to a higher level. The common refrain is that Reform 1.0 occurred in 1991 when the economy was opened up to the private sector and now is the time for Reform 2.0. One editorial is captioned "It's Now or Never" alluding to a popular song in the '60s which however was romantically inclined! Another heading says "Our Time is now" and yet another emphasizes, "Modi must make bold on reforms". All the authors agree that "structural reforms" must be undertaken speedily by the state. And most of them regard reforms in land and labour laws as holding the key to catapulting the Indian economy into the big league of world economies of the first world. As one editorial says, "Unless the land market is unlocked, Indian manufacturers will be unable to scale up to global levels. This must be complemented by imparting flexibility in the labour market."

However, from then on there are two divergent views as to the nature and degree of structural reforms to be undergone by the state.

One view is that the reforms must be sweeping and totally transformative in nature. Aravind Panagariya, Professor of Economics at Columbia University is impatient with the amount of liberalization that the economy has undergone. He says, "The transition of workers out of the agricultural sector into industry and services has continued to move at a snail's pace." He adds, "Vast proportions of workers currently employed in agriculture and small enterprises need to be moved out into large industry and services. This will free land and increase output per worker. This exit from low productivity enterprises to give way to larger, more productive enterprises, even if painful in the short term, are essential aspects of dynamic fast-growing economies." Arghya Sengupta and Lalitesh Katragadda opine "Simple land reforms will unleash blockbuster economic growth and unclog our courts." An editorial states "What is now needed is a new generation of reforms in land and labour." Modi must move away from the belief that small is ideal. "Economics of scale are not resorted to (now); even Ganesh idols have to come from China. (This) partly stems from an unwarranted level of protection lent to small-scale firms which makes it difficult for them to compete on either cost or quality… obstacles to scaling up such as inflexible labour laws and insufficiently available land for industry must be removed." Mihir Sharma sums it up when he writes, "It used to be said that India only reforms in a crisis. Well, this is a crisis. The economy is in need of drastic reform measures."

Two measures are suggested for bringing about these sweeping reforms. Sengupta and Katragadda suggest "mapping of lands by digital GPS technology (so that land) can be bought and sold online much like the shares of a company". The present "presumptive titles (to land) now prevailing must give way to the provision of "conclusive titles guaranteed by the state". They end on an optimistic note saying that "farmers will sell their land and move out of poverty". In the process, "they will unleash $4 trillion capital over a decade". They conclude that there will be no need for FDIs and FIIs which will be paltry sums in comparison.

The second measure suggested to bring about this utopian state of affairs is concerned with governance and is put forward by A. Panagariya and B. Venkatesh Kumar. They suggest doing away with the old system of bureaucracy which, "by nature, is cautious and …rarely goes beyond tinkering with reform." According to them, the new bureaucratic set-up should have a time-bound mission approach with a senior bureaucrat with domain knowledge heading it who will provide a precise road-map to go forward with the reforms. The mission will have its own budget and the mission head will have full authority to spend the funds. The PM will oversee the mission and remove obstacles.

This viewpoint looks only at reform of the economy without going into the repercussions of this reform on society. It believes that Modi has the political capital and must use it to bring about the desired end of a blockbuster economy. There is another view however that is equally vociferous about reforms but also takes into account the impact that these reforms will have on society.

C. Rangarajan, former Chairman of the Economic Advisory Committee to the PM is in favour of reforms which he says "have been moving in the right direction". However, he strikes a note of caution with respect to land and labour reforms. He says, "Compulsory acquisition of land is the antithesis of competition and should be resorted to only in limited cases where the public interest is involved. Labour reforms should wait until the economy has picked up steam and moved to a higher growth path. Only in these circumstances will there be less resistance."

Rathin Roy says that while reforms are essential, "we need to ensure economic inclusion". And he says this not from a sentimental perspective but from a hard-boiled economic one. We need to change our focus by meeting the consumption demands of the lower middle class which in turn will put money in the pockets of these sections of the population, thereby increasing their consumption spending and revving up the economy. He says, "So far we have been meeting the consumption demands of … the affluent and that is the top 150 million Indians. Four-wheelers, two-wheelers, air-conditioners and fast-moving consumer goods (have been produced) but this is not what all of India consumes… Now, this consumer demand is beginning to plateau. Therefore, we now have to think about what the next 200-300 million Indians consume. A nutritious meal, clothing, a house, decent health and education. We have to move to produce these at affordable prices or growth will peter out." He also suggests that farmers' incomes be doubled so that they no longer need a subsidy. Another economist who acknowledges the need to improve agriculture and farm incomes is Anil Kanungo. He says, "The government must strengthen e-NAM, enhance micro-irrigation facilities, increase credit to the agricultural sector and boost farm prices."

Deepanshu Mohan points out that the government has to "find a way out of consumption inequities." He suggests the setting up of cooperatives to improve the consumption patterns of the lower middle-income groups. He cites the numerous success stories that India has of cooperatives such as Amul, Bandhan, Lijjat Pappad etc. He also says that access to basic social services like health and education should be increased. Raghuvir Srinivasan is also of the opinion that consumer spending must be increased and he suggests "putting more money in the hands of people by cutting income tax sharply".

In her article, Neera Chandoke subscribes to the view that the 2019 election verdict was in favour of a strongman who could protect the people from the insecurities flowing from the new economy and globalization, both of which came to India in 1991. Contract labour resorted to in the organized sector generated tremendous insecurity. In addition, inequality between classes deepened to an alarming extent causing resentment and desperation among the people about their existential conditions.

Her unstated premise is that the election verdict cannot be taken in favour of drastic economic reform; if anything, the opposite would hold. It comes as no surprise that Chandoke is a political scientist and not an economist!

Amit Verma says, "Population is not a problem, but our greatest strength." In his view, people are the greatest resource and strength of a nation and they must be given their due. This implies that the greater good of the people is served by placing them at the centre of economic reform.

An indication of things to come if the above situation does not prevail is afforded to us by the recent protest (10 June) in Karnataka against the proposed amendments to the Land Acquisition Act. The amendments seek to whittle down the safeguards provided by the original Act to protect the farmer from hasty and unseemly acquisition of his lands. The farmer leader K. Chandrashekhar said that the government was trying to take away the little that the farmer-owned and this would meet with "intense protests".

The Prime Minister is an astute politician and has his fingers on the pulse of the people. Hence, in the days to come, I believe he will give the "radical economists" the go-by and listen to the economists of a gentler persuasion who also take into account the ramification of economic policy on society.