Jadeja's selection not bad, but hard on Krunal Pandya

Is it unfair to select Jadeja over Krunal Pandya? 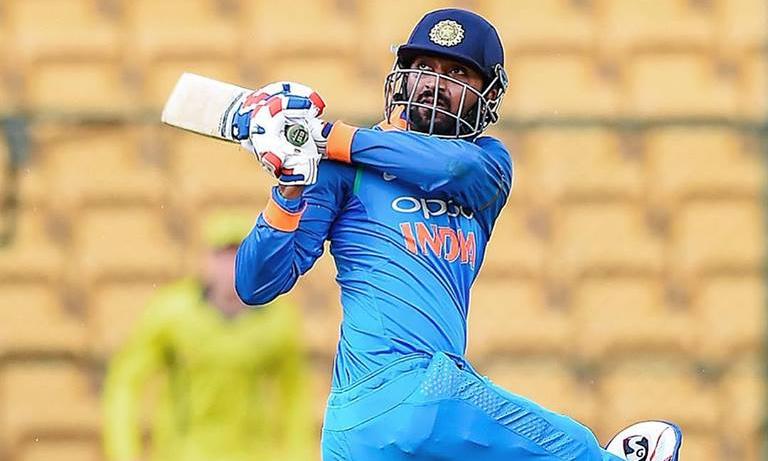 Just two games into the Asia Cup, India's injury list is continuously growing. After Hardik Pandya stretched out in the 18th over of the innings in the game against Pakistan, Axar Patel and Shardul Thakur joined the casualty list. Axar injured his left index finger while Thakur is suffering from a hip and groin soreness.

Ravindra Jadeja, Deepak Chahar and Siddarth Kaul a named as replacements and are due to join the team on the eve of their first Super Four game against Bangladesh. While there has been talk about Chahar and Kaul, Jadeja's selection has raised a lot of eyebrows and his selection has been the talking point. The big debate is whether Jadeja deserve this place in the ODI team ahead of Krunal Pandya? Can Jadeja rediscover his white-ball mojo ahead of the all-important World Cup next year? Isn't it unfair on the senior Pandya?

Krunal Pandya has been churning out consistent performances' day in and day out. He made his List 'A' debut in the 2014-15 season and has played 37 games. He has amassed 1077 runs at an average of 35.90 and scalped 36 wickets. Over the last two-three of years, he has been a vital cog in Mumbai Indians' line-up.

He is constantly featured in the India 'A' limited-overs side. He travelled to England with the 'A' side that won the One-Day tri-series. He also featured in the Quadrangular 'A' series at home. In fact, in his last 10 List 'A' games, he has taken 8 wickets and has scored 252 runs at an average of 50.40 (in 9 innings which includes 4 not outs).

Coming to Ravindra Jadeja, he has shown decent form in the recent past. In the last Test against England at the Oval, he picked up 7 wickets and scored a superb 86 in the first innings. However, since the end of this year's IPL, he has played only 4 competitive games – a couple of Test matches, a practice game and a Vijay Hazare game recently. He last featured in a white-ball game for India in July last year when the 'Men in Blue' toured West Indies for a limited-overs series (5 ODIs and 1 T20I). Jadeja's batting has been on the rise and he was batting at No. 6 in the IPL as well.

However, the 29-year-old Saurashtra all-rounder hasn't picked up a List 'A' wicket since June 2017. His last wicket in the 50-over format came in the Champions Trophy semi-final. He was found out bowling on flat decks and has lost his place to the two wrist-spinners. It was his inability to contain the batsmen and pick wickets in the middle-overs that led to his ouster.

Over the last 2-3 years, Krunal has performed much better than Jadeja in limited-overs cricket. In List 'A' cricket, Krunal averages more than 35 with the bat while Jadeja's average barely touches 30. With the ball, Jadeja's average is close to 60 while Krunal's average is in the mid-30s.

The senior Pandya has got a national call-up just once in his career. It was this year when he was drafted in as a replacement for Washington Sundar for the 3-match T20I series in England. However, he didn't feature in a single game and despite, Sundar not being available for the ODI series, the 27-year-old Baroda-born cricketer was not considered for the 50-over format.

Krunal has done everything asked of him and he can only consider himself unlucky. He recently scored a brilliant 85 and 34 not out batting at No. 3 for Baroda in the two Vijay Hazare Trophy games.

Jadeja's selection is not at all bad. In fact, his selection not only gives India some balance, but it also gives them a gun fielder. Jadeja can field anywhere in the field and can be a huge threat. He can create an impact with his fielding. However, overall, is it unfair on Krunal Pandya? Hasn't he performed on a consistent basis over the last couple of years? Well, you can answer those questions.