The police have arrested the victim's father's friend and her live-in partner for allegedly murdering three people in Delhi's Vasant Vihar area. 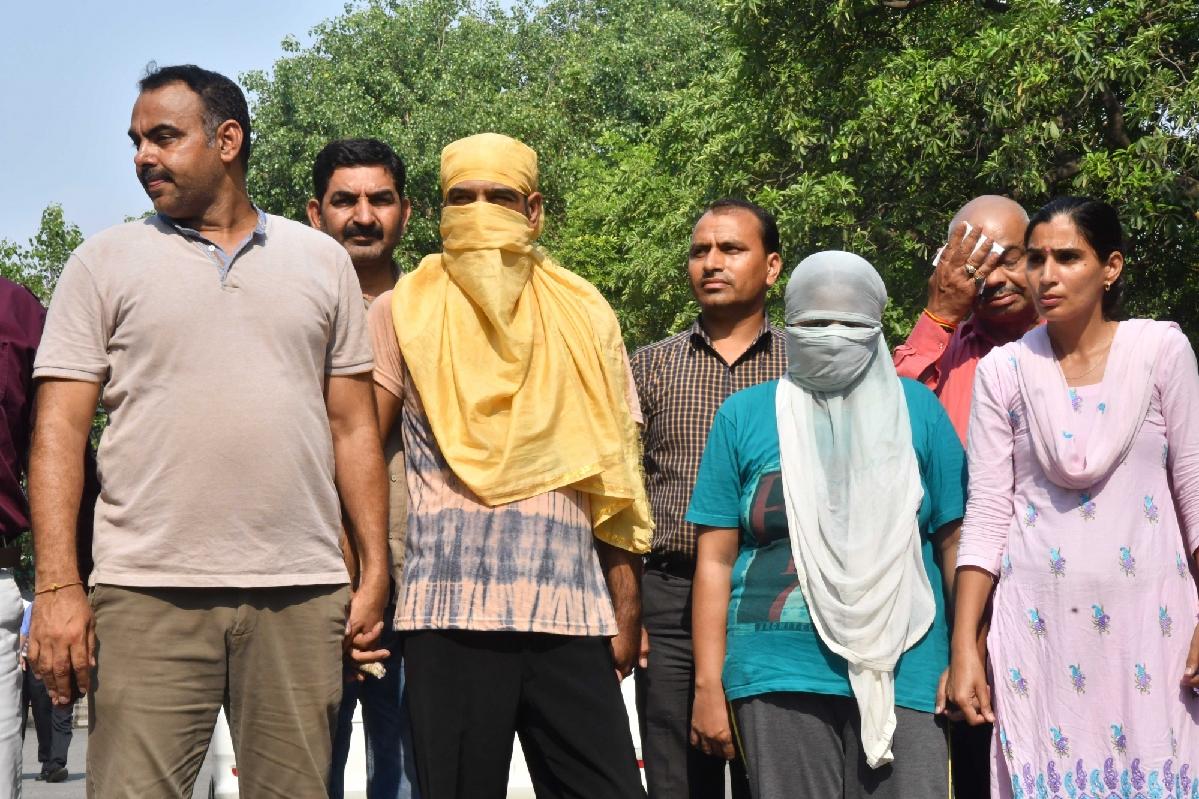 A woman and her live-in partner were arrested by the Delhi Police in connection with the triple murder case in south-west Delhi's posh Vasant Enclave locality.

Preeti Sehrawat (42) and Manoj Bhat (39) allegedly murdered the elderly couple Vishnu Mathur (78) and Shashi Mathur (75) and their nursing attendant Khushbu Nautiyal (24) on June 23rd, with an intention of robbery.

The bodies were found with their throats slit on Sunday morning. A sharp weapon was used by them for murder. While Vishnu was a retired Central Government Health Scheme official, his wife Shashi was a former NDMC employee. Recently, they had lost their son in a road accident.

The accused duo were nabbed from Gurgaon. Due to a heavy loss in business, they were facing a financial crisis. The two allegedly robbed jewellery and Rs 86,000 in cash were recovered from them.

The accused were known to the family as there were no signs of forced entry into the house. Preeti was a close family friend of the couple and her father was also a colleague of one of the victims.

CCTV Footage that led to the Accused

On Saturday night, the two accused couple had visited the building on a bike and left around 2:30 am on Sunday. The three bodies were found almost seven hours later when the elderly couple's domestic help discovered them.

While entering and leaving the building, the man was wearing a helmet whereas the woman had a cloth tied around her face. Hence their faces were not visible in the CCTV footage.

The same CCTV'S camera footage was scanned by the crime branch team who then solved the case.

Their bike was parked at a place that was covered with no CCTV cameras with an intention of escaping the crime place very easily. The two then left the building with their dresses changed and a bag in their hands. This confirmed that they were the killers.

After further investigation, it was found out that the same bike and the couple with their faces covered, had visited the neighbourhood on Friday night as well. The two were seen wandering outside the building where the triple murder took place.

In the video footage the woman is seen pointing her finger at the flat and showing it to her friend. They then asked a neighbour about some local restaurants and left on their bike. Police had examined all the people having access to the elderly couple's flat and pointed their probe on the daughter of Shashi's friend. When interrogated, she confessed to the crime and led to her friend, who also got arrested.